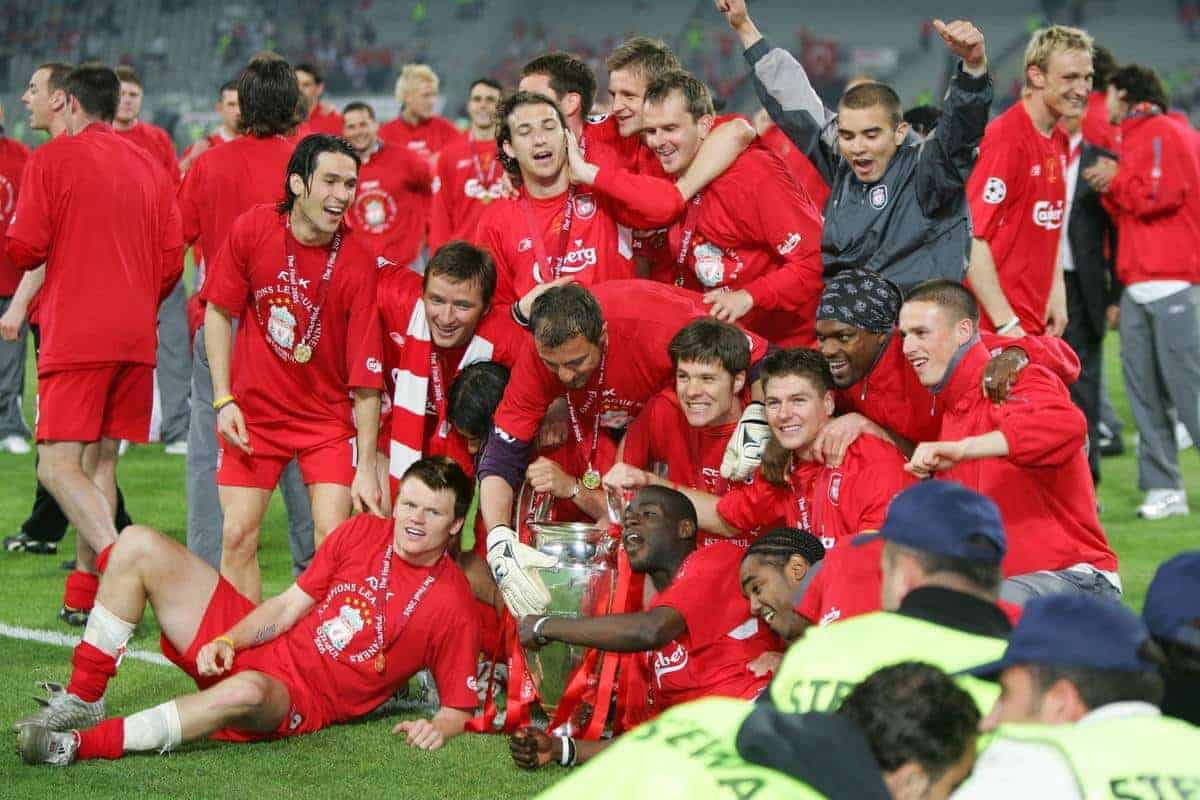 Liverpool’s remarkable 4-3 comeback win at Anfield on Thursday night to sink Borussia Dortmund 5-4 on aggregate and reach the Europa League semi-finals was just the latest in a string of improbable turnaround triumphs.

Liverpool beat Milan in a penalty shoot-out to win the Champions League after sensationally coming from three goals down at half-time in a match later dubbed The Miracle of Istanbul.

Paolo Maldini gave Milan a first-minute lead, and two goals from Hernan Crespo put them in a seemingly unassailable position at the interval.

Jerzy Dudek then saved from Andrea Pirlo and Andriy Shevchenko in the shoot-out to clinch a stunning victory.

The Reds captain’s second goal salvaged a 3-3 draw at the last, after West Ham had thrown away a 2-0 first-half lead.

Jamie Carragher’s own goal and Dean Ashton’s finish had the Hammers in control, before Djibril Cisse cut the deficit before the break.

Gerrard levelled the tie at 2-2 before Paul Konchesky struck to edge the Londoners into that 3-2 lead that the Liverpool skipper cruelly snatched away at the death.

Liverpool had to win by two goals to advance to the knockout stages, so Rivaldo’s 27th minute goal left the hosts with an uphill struggle.

Florent Sinama Pongolle put the Reds back on terms after the break, before Neil Mellor edged Liverpool into the 2-1 lead with nine minutes to play.

And then up popped Steven Gerrard, firing home from 20 yards to secure that two-goal victory margin, with just four minutes of normal time remaining.

Liverpool were written off in advance of this second-leg European Cup clash at Anfield, coming into the tie trailing 1-0 on aggregate to the French champions.

Kevin Keegan handed the Anfield men hope with a second-minute goal, only for Dominique Bathenay to draw the visitors level with the precious away goal.

Liverpool had to score twice more without reply to reach the semi-finals.

Ray Kennedy struck just before the hour to hand the home faithful hope, before David Fairclough fired the winner with just six minutes to play.

Branded the Premier League‘s greatest ever game by many, and considered the defeat that ultimately came to define Newcastle’s title-race implosion.

Robbie Fowler struck for Liverpool after just two minutes, before Les Ferdinand and David Ginola had Newcastle leading 2-1 inside the quarter-hour.

Fowler equalised after the break, only for Faustino Asprilla to put Newcastle 3-2 ahead before the hour-mark. Stan Collymore grabbed his first goal with little more than 20 minutes to play to tie the game at 3-3.

And just when Newcastle thought they could escape Anfield with a point the former Nottingham Forest striker slotted home Liverpool’s winner.

Footage of Newcastle boss Kevin Keegan slumped over in the dugout still encapsulate a breathless night.