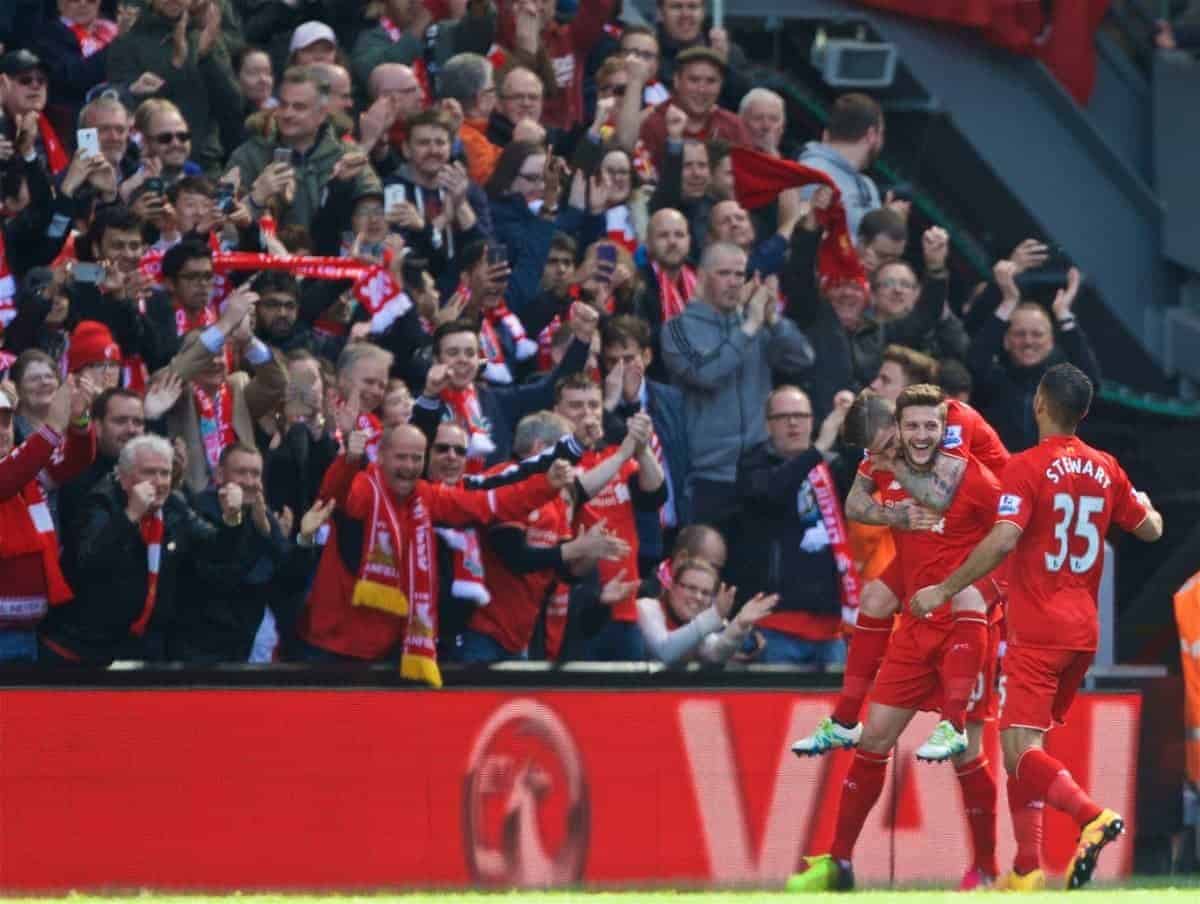 Adam Lallana feels Liverpool dropped down a few gears in Saturday’s 2-2 draw with Newcastle, allowing the visitors to earn a surprise draw at Anfield.

The Reds cruised into a 2-0 lead at half-time, with Lallana adding to Daniel Sturridge‘s opener with a superb strike in front of the Kop.

Goals from Papiss Cisse and Jack Colback turned the game on its head in the second-half, however, with any slight top-four hopes going up in smoke for Liverpool.

“We’ve set our standards high in the last couple of months, we’ve been on a great run, and I think that’s why I’m so disappointed for the lads that we’ve not managed to keep that going with another three points,” Lallana said post-match.

“[We’re] very frustrated. It was such a positive performance first half and we said at half-time we needed to come out fighting because they’re scrapping for every point.

“I feel we took our foot off the gas a little bit, lost momentum, and credit to Newcastle, they probably got a deserved point in the end.

“But it is what it is, and we’ll recover now and head to Villarreal.”

The 27-year-old failed to use the five changes Jurgen Klopp made as an excuse, and accepts Liverpool just weren’t quite deserving of all three points on the day.

“We want to win every game, whether it’s the league or the Europa League,” he added.

“The manager has made changes to keep everyone fresh but we’ve proved we’re good enough to get three points regardless of the team he puts out.

“It’s disappointing, but we’ve got a big game to look forward to now on Thursday.”

Liverpool’s Europa League semi-final first-leg at Villarreal is now just a few days away, and the Reds cannot afford to switch off like they did on Saturday.

A ruthlessness is required against the La Liga side, or Klopp and his men will find themselves in trouble heading into the second-leg at Anfield a week later.