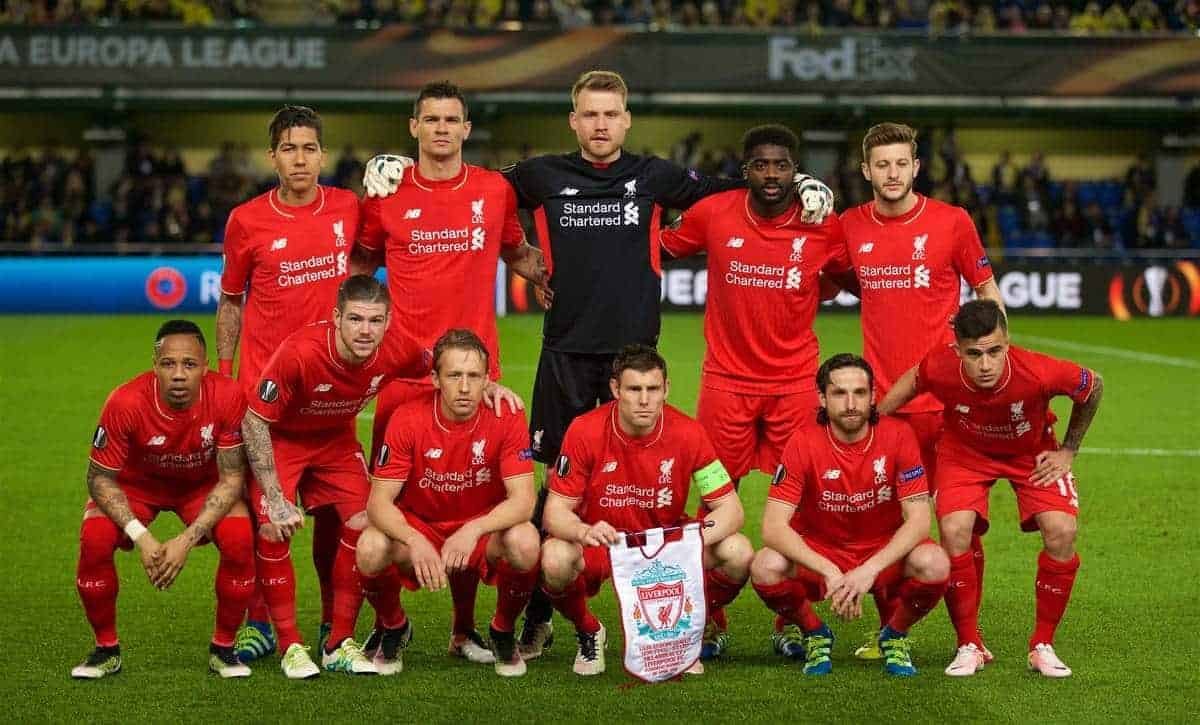 Liverpool almost grabbed the away goal, and almost came home with a goalless draw, but not quite.

Adrian‘s last minute winner ruined ninety-minutes of hard-work and a solid game-plan, changing the outlook of the tie before the sides meet at Anfield next week.

Made a decent save from Tomas Pina shot in first half, and a very good stop from Denis Suarez in the second. Needed to be alert and was.

Also managed to kick the ball over the half-way line at one point in the second period.

Good covering up and down the right if not productive in the final third. But in an away European tie you’ll take the defensive stability and covering all day long.

That said, Liverpool looked dangerous when he had the ball on the right wing, and he was constantly an outlet there if he could be found by a team-mate.

Looks great when he does diving headers. Was involved more than his centre back partner on and off the ball with eight clearances and three interceptions.

One of the few players who seemed to have a quiet night. Had fewer touches than most of his team-mates, but managed to get a shot on target following a corner.

Lucky to escape injury when Roberto Soldado head-butted his elbow…

Despite his quiet night he still couldn’t keep up with Adrian as he stole into the box to score the winner.

Showed great pace to work up and down the left hand side, not least when he broke through on the counter-attack in the last five minutes leaving defenders (and team-mates) in his wake. However, he fired his shot erratically wide.

Was out of position as Villarreal broke for their goal after moving infield to press an opposition player and failing. He then watched the ball as he recovered, taking his eye off Adrian who ran past him in the centre of the park.

Another player who had to be in the thick of things during this performance. He even had a shot in the first half which he managed to get a reasonably good contact on, but the ball was always drifting away from goal.

In his element with two midfield runners either side of him, and two dynamic full-backs, and also provides an outlet for his defence as the look to play the ball from the back.

Completed seven tackles and made four interceptions, but he could have been more disciplined for the goal, and would have had a much higher rating had he been.

Ran tirelessly in his box-to-box role on the right, and made a good, important block from a Soldado shot midway through the first half.

In attack he missed the hold-up play of Origi or Sturridge, as he struggles to link-up on the floor with technical players such as Firmino and Coutinho. Forunate not to be punished for a few poor balls in the midfield which left us open on the counter.

Hs shot in the opening five minutes of the game was hit straight at the keeper, and was perhaps his side’s best chance of the first-half. He hit it well but, didn’t pick a spot.

Keeps the play ticking over well in midfield and has added some good forward running to his game under Klopp, but you get the impression he needs a more physical presence alongside him.

Played the pass for Allen early on in the game which set up one of Liverpool’s best chances.

Drifted out of the game for a while and slowed the game down when in possession (maybe he was asked to), but made a great run behind the defence midway through the second half, after which he was incorrectly flagged for offside.

Had he been allowed to continue he would have won a penalty for his team. It was of the highlights of the game, but for much of it he was sloppy – as shown by the fact he was his side’s least accurate passer.

Saw a good shot well saved by Sergio Asenjo in the second half. He made a yard of space on the right side of the area but his quick, powerful shot was diverted onto the post by the Spanish ‘keeper.

Still links the play well and keeps possession in difficult areas. Is a better striker than he’s given credit for but he didn’t manage to get the all-important away goal here, but he came close.

Withdrawn at half-time due to illness after having a few shots during his 45-minutes on the pitch.

These shots were either over or blocked, and he didn’t get the chance to improve on this in the second half.

Jordon Ibe (on for Coutinho at half-time) – 5

The stats show he made three key passes, and Klopp seems to think he is a good alternative to Coutinho, but in the main he didn’t show that in the 45-minutes he was on the pitch.

Was brought on up front to offer some target man attributes, no doubt the plan was for him to hold the ball up and kill the game.

Argues with opposition managers, argues with fourth officials, shouts at his players, but hugs them all afterwards.

Up until the last minute lapse in concentration, this was the type of European away performance Liverpool need, but football is a game of fine margins and the outlook on this game changes with that goal.

The introduction of Ibe for the second half didn’t really work, even though the winger did a good job in the Coutinho role against Bournemouth so it wasn’t unreasonable to expect something similar.

But the managers decision to leave Sturridge on the bench has been widely criticised.

However, the team created the odd chance to nick an away goal, and the decision to flag Lallana offside when he wasn’t could have had a big effect on the game.