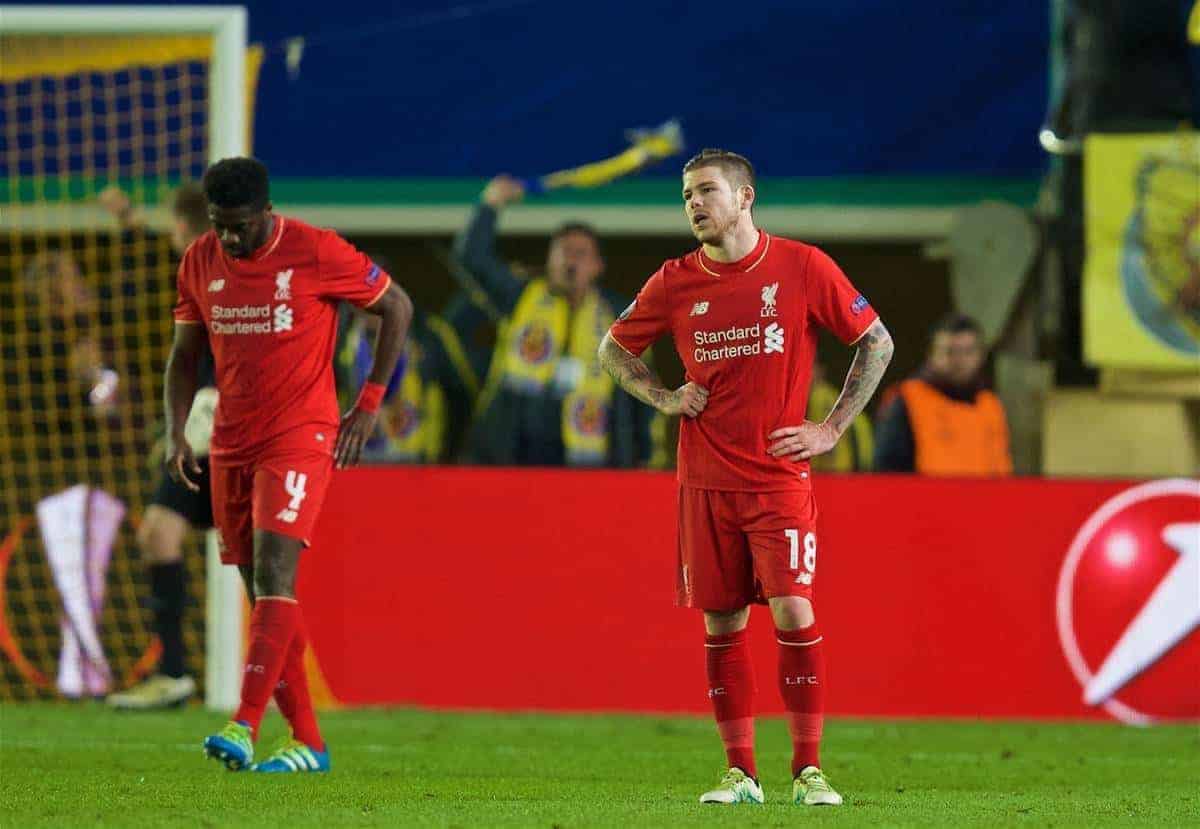 After a strong, professional display from the Reds over 90 minutes, Adrian Lopez’s last-gasp strike is a major blow to Jurgen Klopp‘s side as they push for European glory this season.

A conservative outlook from the German saw Liverpool lack inspiration in the final third, and Villarreal made it count with a trademark counterattack late on.

Welcoming Marcelino’s side to Anfield in a week’s time, Klopp will be hoping for a more adventurous showing from the Reds, as well the rest of Anfield.

Here’s how supporters reacted to Liverpool’s 1-0 defeat to Villarreal on Thursday night.

There was a mixture of measured analysis, following what was a largely well-worked display from the Reds…

A solid performance, albeit with zero attacking threat. It should be a whole different story at Anfield.

Big moment of disorganisation costs the game for Liverpool. This is a really, really tough scoreline to come back from in 2nd leg.

Never much middle ground with #LFC is there? Either incredible wins or devastating losses. Wouldn't mind some middle ground now and again.

“It feels like a wasted opportunity, and probably was, but on the whole, it’s nothing that could really have been prevented without a full squad.”
– redalways on the forums.

Bitter blow to take that!looked so comfortable.But not the end of it by any means.A clean sheet at home we go through!!!!

Never thought it was quite right from the start there. Overthinking the situation rather than just going for the goal/result. Tough now #LFC

Most frustrating aspect is Villarreal played liked they'd settled for a 0-0 for most of the night.

“Tie is certainly not over, but just like the Newcastle game, just like the Southampton game, you get the feeling that with slightly better management you’d get a far better result. We can still do these at Anfield, but they’re strong favourites now.”
– MikeOscar on the forums.

I still think we have every chance to go through. This lot are good but not unbeatable.

Mixed in with a generous portion of criticism for Klopp’s in-game management, particularly the absence of Daniel Sturridge throughout…

Jurgen Klopp got that so, so, so wrong tactically in the second half. Should have seen Daniel Sturridge on the hour. Lot to do now. #LFC

I think we'll go through at Anfield – but not using Sturridge at any point tonight was an odd call by Klopp. #LFC.

“Ignore the result. Looking only at the performance, this was Hodgson-esque.”
– AYBGerrardo on the forums.

The only big gamble was in selection of personel, doesn't gamble during the game once

“I think Klopp got it wrong tonight and should have prioritised the away goal over the clean sheet, at least in the last 20 minutes or so. Hopefully he can get it right at Anfield.”
– Yo55arian22 on the forums.

Sturridge has, HAS to start next Thursday

While some, no doubt with the Reds’ quarter-final comeback fresh in their minds, maintaining a romantic optimism heading into the second leg…

Couldn't be for LFC at the El Madrigal. We'll have to wait for another magic night at Anfield. #ynwa

Frustrating. But they look very beatable. Get the home crowd behind us and unleash Sturridge … it's definitely not over.

“Just have to look on to next week now, and hope we can turn them over at Anfield.”
– Celtic Dragon on the forums.