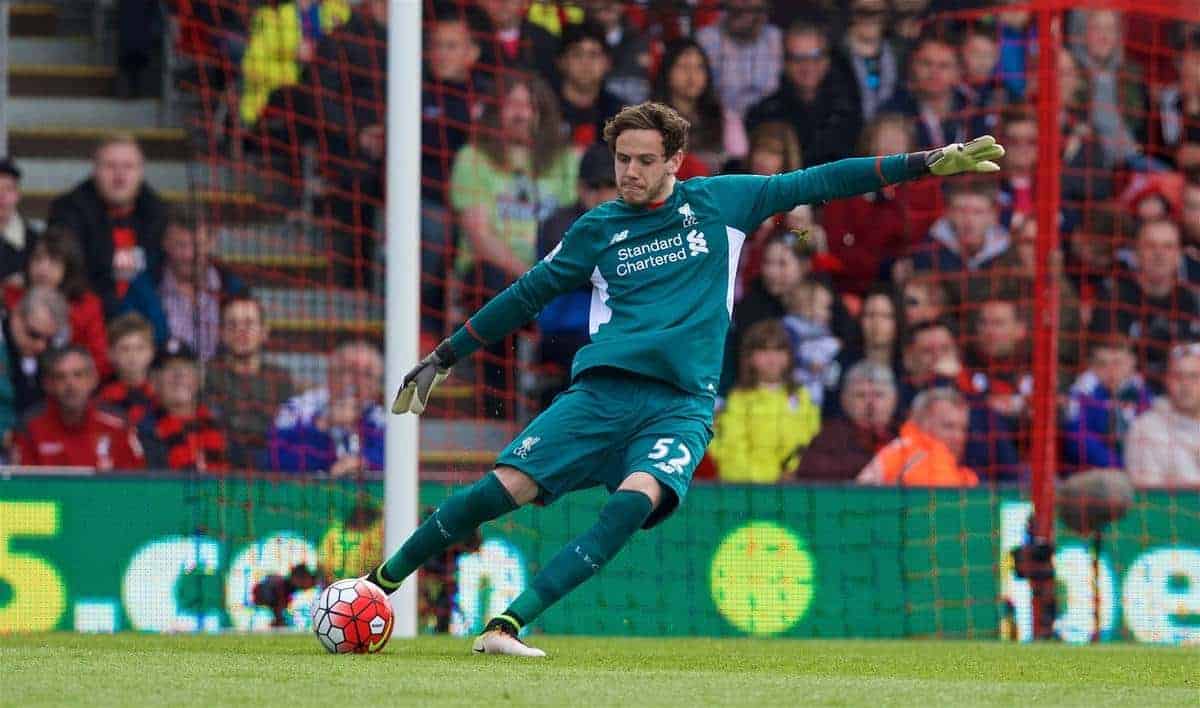 Liverpool goalkeeper Danny Ward has revealed his joy at making his Reds debut in the 2-1 win over Bournemouth on Sunday.

The 22-year-old was given his first ever appearance in a Liverpool shirt by Jurgen Klopp, having returned from an impressive loan spell at Aberdeen earlier this season.

The Welsh stopper produced a solid debut performance at Dean Court, making one excellent save, and never looked daunted by the occasion.

Ward says it was a dream come true to represent the Reds at senior level, and was delighted to help his side earn all three points.

“Words can’t really describe what it meant to me to make my Liverpool debut,” Ward told the Liverpool Echo post-match.

“I found out I was playing on Saturday just before we travelled down so I had plenty of time to get my head around it.

“Regardless of whether you are starting or on the bench, as a goalkeeper you always have to be focused and prepare right. Ward, who made his debut for the Wales national team last month, says he wasn’t nervous.

“Surprisingly, I wasn’t nervous. At the end of the day I get paid to keep the ball out of the back of the net and help the team.

“That’s the vision I kind of have. It’s a game of football, regardless of who you are playing for. Obviously, it’s special playing for Liverpool but your job remains the same.

“We had a job to do coming here, regardless of what team the manager put out and we did it.

“I was disappointed not to keep a clean sheet in the end, especially with conceding so late. But I felt good out there, I felt solid and I’m just happy for the boys that we’ve come away with the three points.”

Although Simon Mignolet is currently first-choice goalkeeper at Anfield, Ward says he will do all he can to feature more regularly in the coming weeks.

“Maybe I didn’t envisage I’d start a Premier League game so soon because I was supposed to be up in Scotland for the full season,” he explained.

“But things change quickly in football. Going out on loan and getting regular first-team football was massive for me.

“I can only be thankful to Aberdeen for everything they did for me during my time up there. It’s a special club and I wish them all the best.

“From the moment I was recalled, I knuckled down and concentrated on trying to push Simon and get a game. I will continue to do that. I won’t rest on my laurels. I’ll try and get as many games as I can.”

It was a very encouraging display from the 22-year-old, whose distribution, shot-stopping and decision-making were all immaculate.

Whether or not he can push Mignolet for a starting berth between now and the end of the season is up for debate, but he certainly did his chances no harm on Sunday.