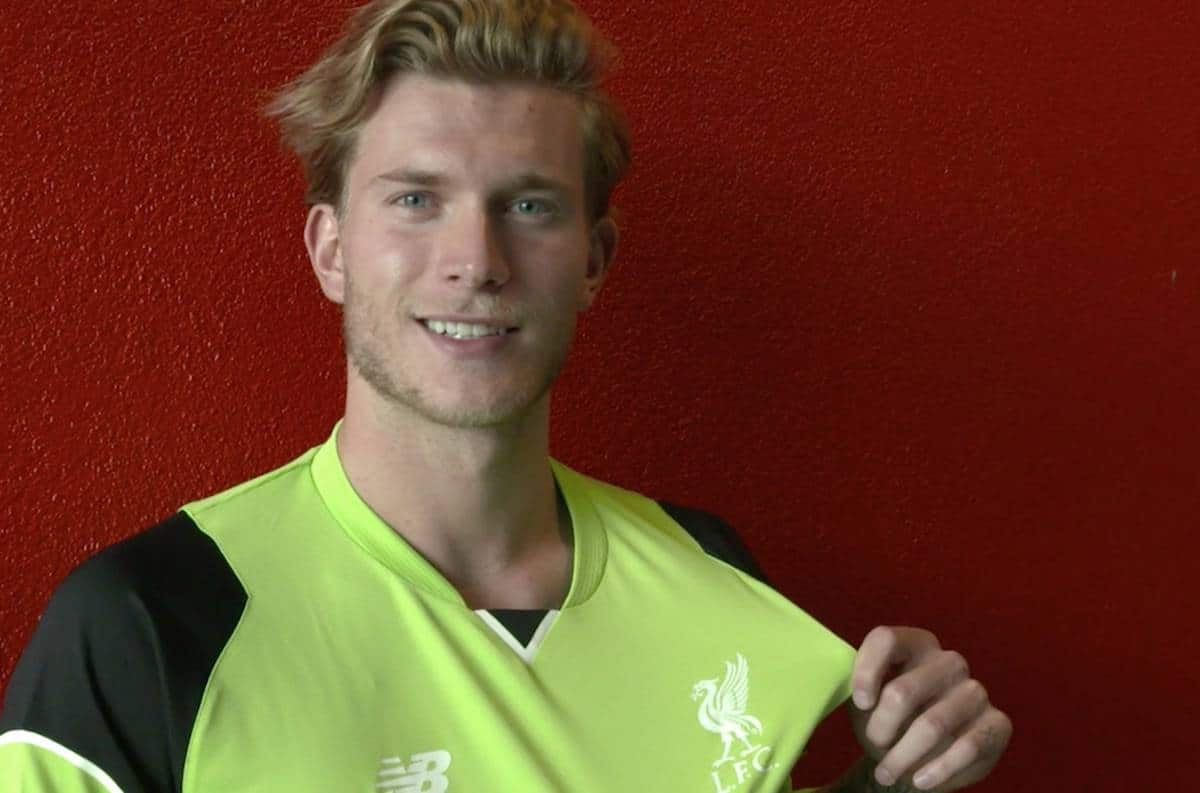 Liverpool confirmed the signing of goalkeeper Loris Karius on Tuesday afternoon, and fans gave their thoughts on the transfer on social media.

The 22-year-old has officially become a Reds player, joining from Bundesliga side Mainz for £4.7million.

Karius is Jurgen Klopp‘s first signing of the summer, in a transfer window that supporters are hoping will be one of the most pivotal in the club’s recent history.

The Germany U21 international, and former Man City academy player, is expected to challenge Simon Mignolet as Liverpool’s first-choice ‘keeper, potentially usurping him in the role.

Social media predictably reacted in force with news of Karius’ transfer being complete: A goalkeeper who actually wears number 1. At last.

Pleased more than I should be that Karius is wearing number 1. Matip taking 5 and Grujic 8 the next challenges

Already overwhelmed by the Loris Karius apperance on Kop Kids.

If arm tattoos are a sign of self assurance, and we all know they are, then Loris Karius is very self assured. Lad's coming for ever cross.

Have faith in what you got and it will Karius all https://t.co/n5JlhsRMzd

Loris Karius: No U23 goalkeeper has made more saves in Europe’s top 5 leagues this season than Karius (122) pic.twitter.com/Txf6gYzYcX

We've got a new keeper!

To be honest, the keeper can look like Iain Dowie for all I care. Just hope he's good at the saving, catching, kicking and throwing.

*Karius settling into his apartment and he gets a knock on the door* pic.twitter.com/1R9Rp2uJPl

Sounds like we’ve landed a quality ‘keeps here, looking forward to seeing him in action. If he lives up to his reputation, pretty sure he’ll be our No.1 in no time.

Is that picture of him waving goodbye to Mignolet…?

I hope he will Karius to glory.