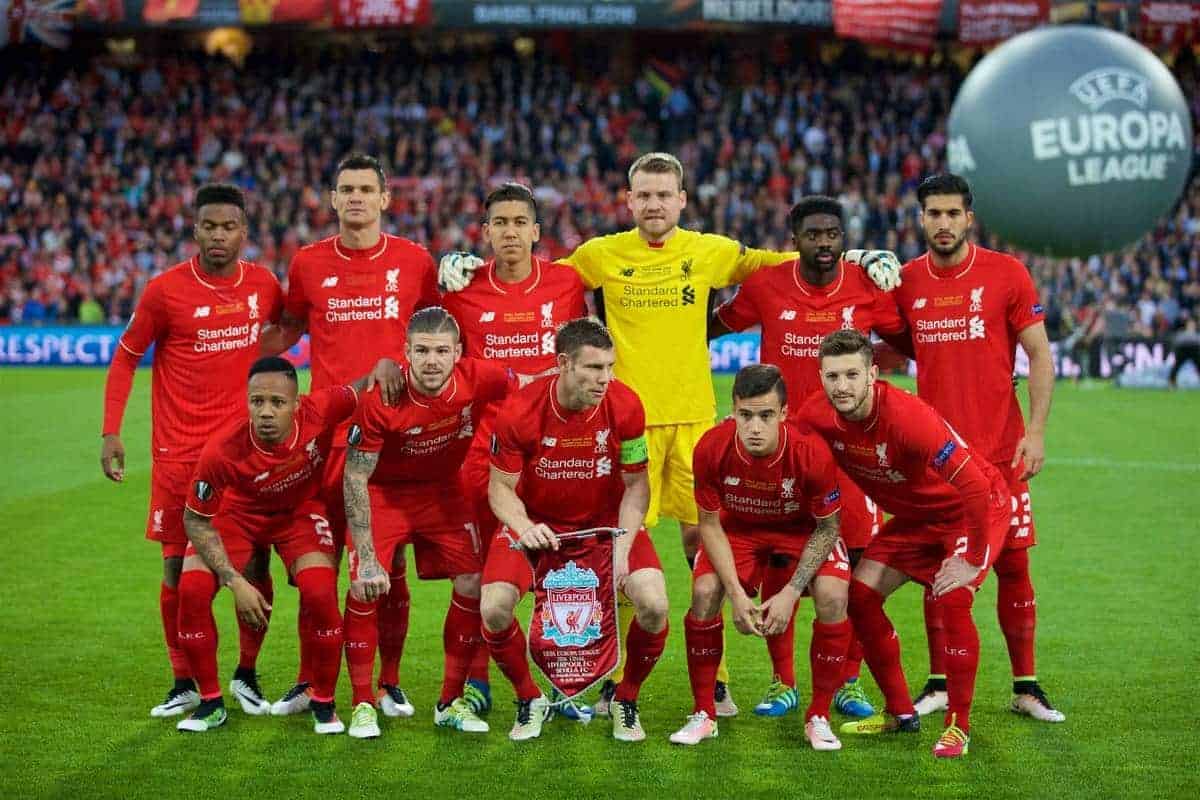 Liverpool suffered defeat in the Europa League final, giving up a 1-0 lead at half-time to lose 3-1 to Sevilla. Here’s how we rated the Reds in Basel.

Could do very little about any of the three goals, and made a decent save at close range from Kevin Gameiro.

Like many he struggled, and Sevilla’s second goal saw his right side cut apart. Looked off the pace, especially in the second half, but he wasn’t alone in that.

After impressing in recent months, this wasn’t the best way to cap the season. Struggled with Gameiro and make very little positive impact.

Comfortably Liverpool’s best player as he tried in vain to stop the tide of attacks from Sevilla.

He made several lung-busting runs to deny Kevin Gameiro and was subbed as Klopp sacrificed a defender for a final throw of the dice to bring on Benteke.

A sad farewell for the 35-year-old as he fails to complete his collection and get a first European medal.

Woeful in Sevilla’s equalising goal, this match will only have further strengthened those calls for a new left-back this summer.

Moreno struggled to impact effectively defensively or with the ball in any way shape or form. A terrible night for the player who won this trophy with Sevilla in 2014.

Can was great in the first half, leading the team. But the young German was completely lost in the second.

Sevilla passed around him in midfield with ease, though he lacked some support in the middle.

Liverpool’s captain on the night, after a strong start Milner went missing when Liverpool needed some inspiration to recover.

He ended up on the right side in the final minutes, throwing in hopeful crosses. Unlucky to be subbed for Allen. Lallana was probably the Reds’ best player in the first 45.

But like the team, he struggled in the second and was dispossessed too easily on occasion.

Coutinho has a tendency to go missing in games and this one he was almost invisible. He had 44 invisible moments at Old Trafford though, before producing that goal of the season.

Here, he failed to spring into life as he has done against Man United and Dortmund in previous rounds. A very disappointing end to his season.

Even once Liverpool changed to a diamond midfield, Coutinho was unable to get any influence from a more central role. Prior to that, right-back Mariano had kept him very quiet.

Like many others, he was much better in the first half and struggled in the second. First to be sacrificed but perhaps Coutinho was more off form than him at that stage. A superb goal, curled beautifully with the outside of his foot. He had very little support, especially in the second half.

Divock Origi (on for Firmino, 69′) – 6 – Struggled to make an impact, with the game increasingly slipping away, and Sevilla were in control after scoring a third within a minute of his introduction.

Joe Allen (on for Lallana, 73) – 6 – Kept the ball moving in midfield, and made some intelligent runs off the ball as the Reds looked to create openings in the closing stages.

Christian Benteke (on for Toure, 83) – N/A – No time to make an impact, but didn’t look too bothered post-match. Cheerio.