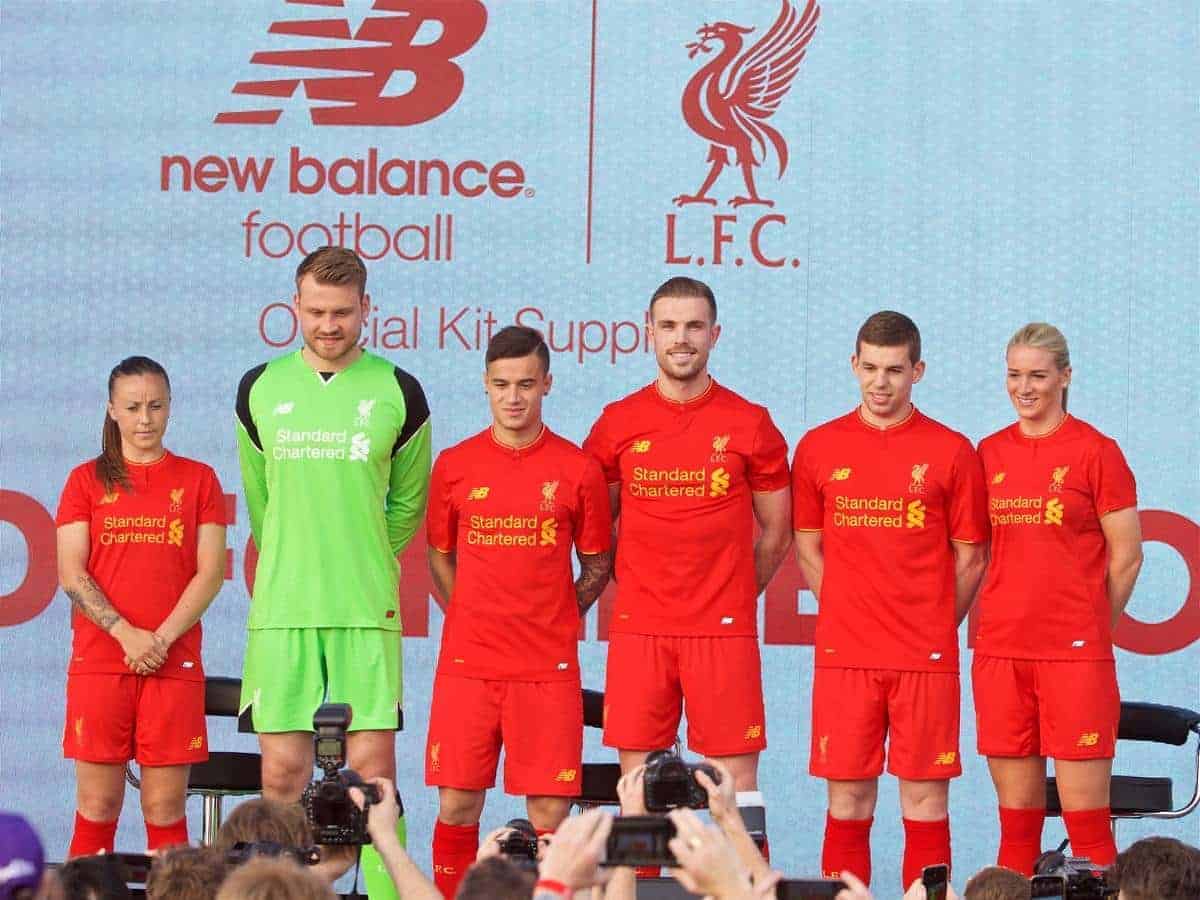 Liverpool have officially launched their new home kit for season 2016/17 at an event at the city’s waterfront.

Designed by club manufacturers New Balance, the new kit will be worn in the final home game of the season against Chelsea on Wednesday

The kit, which will hopefully be worn in the Champions League next season if the Reds win next week’s Europa League final, has a yellow/gold effect trim and detail on the badge and logos. There’s also a buttoned collar. A quote from Liverpool legend Ian St. John features on the inside of the short, “There’s no noise like the Anfield noise,” while there is as-ever a tribute to the 96 on the back neckline. The goalkeeper kit is a lime green colour, with black detail on the shoulders, with the shorts the same colour.