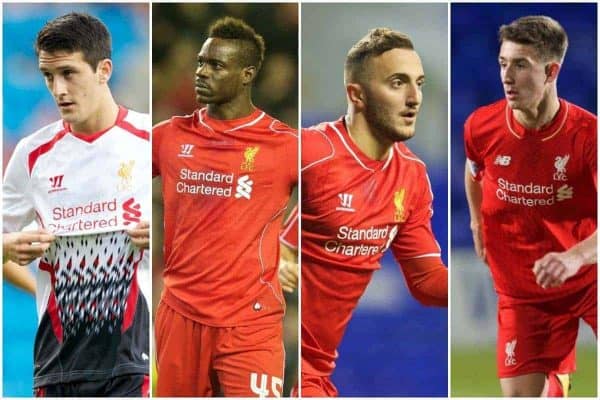 Heading into the weekend, the rumour mill continues, and here we round up the latest Liverpool transfer news for you.

On Friday, the Reds were reported to be pushing through for deals to sign Southampton‘s Sadio Mane and young pair Mahmoud Dahoud and Ben Chilwell, of Borussia Monchengladbach and Leicester City.

Furthermore, both Jordon Ibe and Brad Smith were linked with departures from Anfield, with the latter expressing a willingness to leave the club on loan to gain further first-team experience.

The business won’t stop for the weekend, however, with Jurgen Klopp working through the summer to get deals done.

Here’s the latest Liverpool transfer news, including a lifeline for loanee Luis Alberto.

Alberto Could Return After Deportivo Loan

Spanish midfielder Alberto has spent the last two seasons away from Merseyside on loan, first with Malaga and then most recently with Deportivo de La Coruna.

Alberto scored six goals and laid on a further seven in 29 Liga games for Deportivo in 2015/16, as Victor Sanchez’s side successfully avoided relegation.

Deportivo are believed to be looking to seal a permanent deal for the former Barcelona youth, but according to the Liverpool Echo, Klopp could be willing to welcome him into his squad for next season.

Liverpool are looking for £4.6 million for Alberto, and if that valuation isn’t met, he will return to Merseyside to fight for a place under Klopp.

Speaking at the beginning of May, Alberto said he was “very excited to work under [Klopp], trying to improve and stay in the squad to become an important player for Liverpool.”

But according to the Mirror, Turkish Super Lig side Galatasaray are looking to secure a deal to sign the Italian striker.

Galatasaray lost key forward Burak Yilmaz to Chinese Super League outfit Beijing Guoan in January, and are said to be looking to Balotelli to fill the void left by the 30-year-old.

This would provide Liverpool with an ideal solution, as they look to shed his £80,000-a-week wage from their books.

Serie A newcomers Crotone have also expressed an interest in signing Balotelli, while a host of Beijing Guoan’s domestic rivals are believed to be exploring the possibility of a deal.

Liverpool academy striker Samed Yesil is poised to leave the club this summer, with his current contract set to expire and no extension forthcoming.

The former Bayer Leverkusen youth spent the 2015/16 campaign on loan with Swiss side FC Luzern, and despite failing to impress in the Super League, is attracting interest from Turkey this summer.

With Trabzonspor already reported to have made a move to sign the 22-year-old, Super Lig giants Besiktas are now said to be vying with the Black Sea Storm to secure Yesil’s services.

According to Turkish-Football.com, Besiktas could look to snatch Yesil from under Trabzonspor noses, much like when they signed midfielder Tolgay Arslan from Hamburger SV in January.

Brannagan to be Offered Improved Deal

Despite signing a new long-term contract with Liverpool as recent as October, 20-year-old academy midfielder Cameron Brannagan is set to be offered an improved deal this summer.

That is according to the Liverpool Echo, who claim that Brannagan’s performances in the second half of the season impressed Klopp sufficiently to earn a long-term role in the German’s first team.

Brannagan made nine appearances for Liverpool in 2015/16, including three games in the Premier League, with his full league debut coming on the final day of the season against West Bromwich Albion.

The U21s captain is seen as a crucial part of the Reds’ future, and can look forward to an increased role next season.