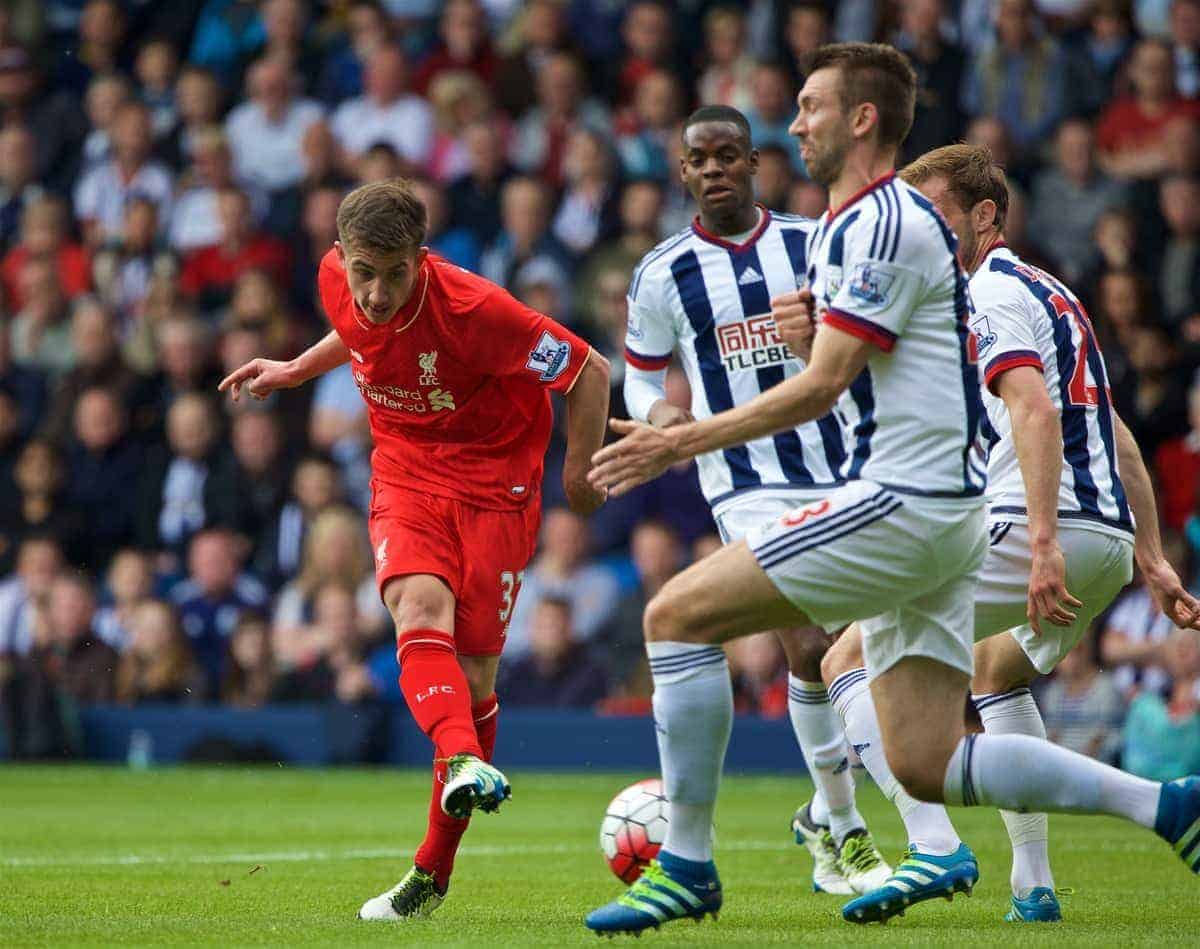 Brannagan made his full Premier League debut against West Brom on Sunday afternoon, while Canos came on as a late substitute to make his first appearance for the Reds in the 1-1 draw.

Both gave a good account of their abilities, with Brannagan in particular impressing in his playmaking role in midfield.

The 20-year-old was central to the Reds’ buildup play, making more touches than any other player, with 112, as well as registering the highest passing accuracy, with 94.7 percent.

Speaking after the game, the pair underlined their ambition to gain more experience in Klopp’s first team, with 2016/17 set to be a landmark season.

“It was a proud moment for me and my family,” Brannagan told the Liverpool Echo.

“Growing up as a kid, something you always want to achieve is to play in the Premier League.

“Sunday was massive for me and hopefully now and I can kick on and get more of it.

“It’s been a good year for me moving up to Melwood and being around the first-team squad. It’s really helped me grow and develop as a young player.

“Now I’ve had a taste of the Premier League I just want more of it. Hopefully next season I can get that.”

Brannagan hailed the way Klopp “encourages” players, both young or old, and the impact the German has made on Canos is clear.

The Spaniard provided an injection of energy when replacing Sheyi Ojo in the 80th minute, operating in a wide role on the right flank.

Though given little time to make his mark on the contest, Canos showcased the blend of flair and physicality that saw him through a successful loan spell with Brentford this season.

Having returned from Griffin Park to join up with Klopp’s squad last week, Canos was pleasantly surprised to jump straight into action at the Hawthorns, and is looking to build on this debut.

“I was nervous first of all when I went on but after that I just felt like a member of the team.

“These players are unbelievable and they have welcomed me so much. I am really happy.

“I found out on Saturday I was in the squad and it was a surprise for me and my family. I’ve only been back for one week.

“The manager said he wanted me to press and to be aggressive and to make an impact.

“When people say dreams come true, they are right. Today one of my dreams came true.”

Canos said that watching Brannagan, Ojo, Kevin Stewart and Pedro Chirivella receive their debuts under Klopp while he was away provided him with fuel to impress his new manager.

Like Brannagan, Canos is now looking to establish a long-term role, starting with pre-season, where he says he will be “ready to go 200 percent.”