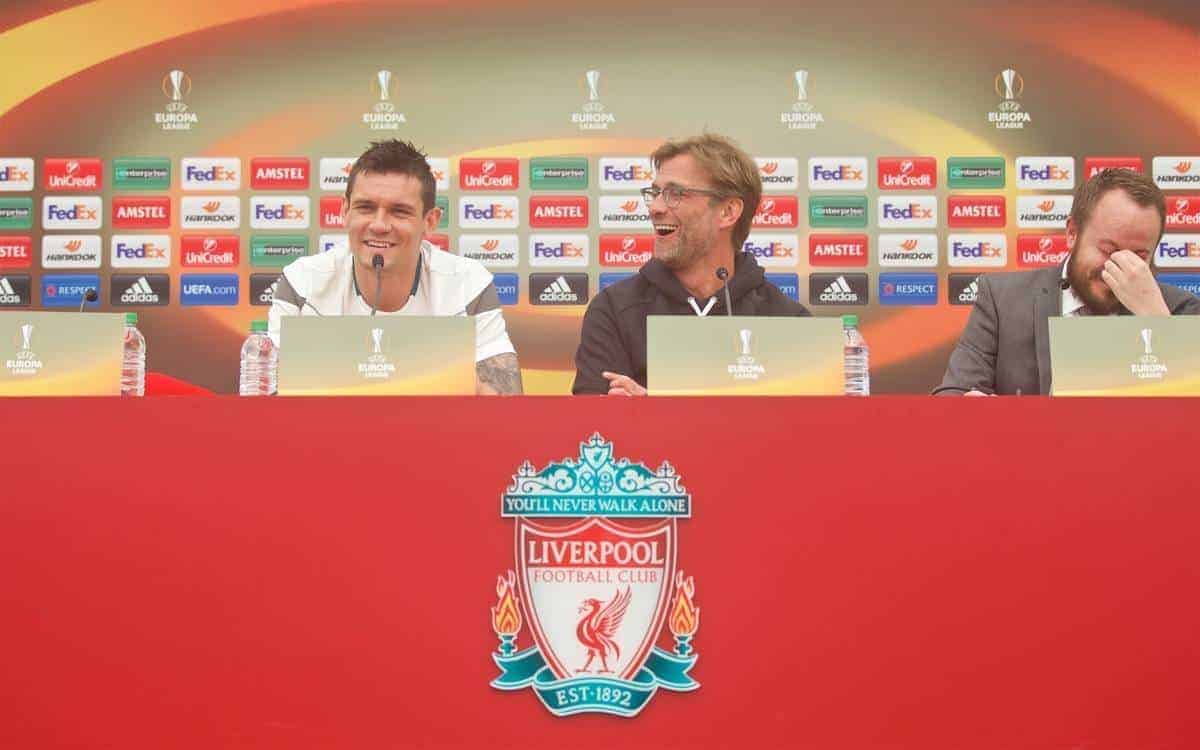 Klopp replaced Brendan Rodgers in mid-October with the team treading water and while he has not been able iron out inconsistencies in their league form he has taken them to a Capital One Cup final and within 90 minutes of the Europa League final.

Villarreal arrive for the second leg of the semi-final with a 1-0 lead, but Liverpool performed heroics in the previous round against then tournament favourites Borussia Dortmund and there is an air of expectation around Anfield.

“I think everyone expected it because – and it’s not because Jurgen is here next to me! – he is a big manager,” said the Croatia international of Liverpool’s progress this season.

“He showed that previously with Dortmund and with Mainz. He is a positive man and he brings the positive energy to the club.

“Everyone knows that. Like he said in the beginning, [he wants to turn people] from doubters to believers, so next season will be a different thing.”

Should Villarreal score an away goal on Thursday night Liverpool will require three but Lovren is not thinking about the ‘what ifs’.

“We have been disappointed [in the past] when we’ve conceded a goal but in the end, if you want to win you need to score,” he added.

“We just need to be clever and patient. We need to play our game and we will have our chances. “But in the end when you attack, you need to defend.

“I believe in our team. We have shown so many times this season we can play when we are 1-0 or 2-0 down.

“We need to believe in ourselves and if we do that, I think we can get to the final.”