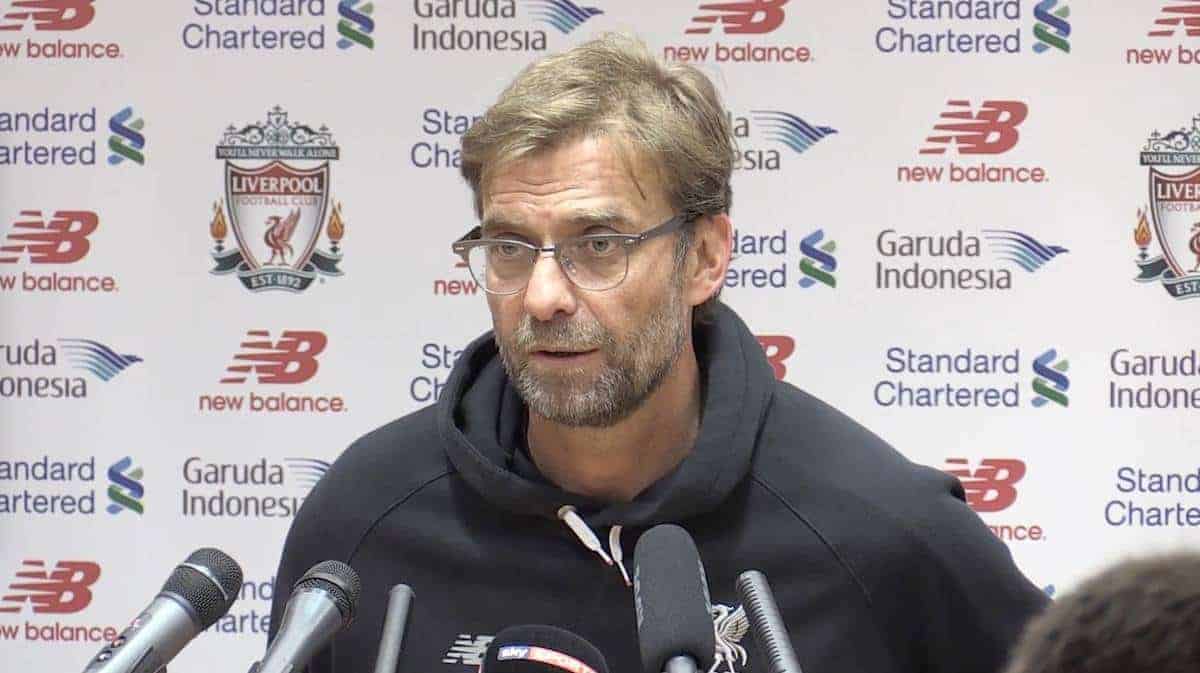 Watch Jurgen Klopp‘s post-match press conference after Liverpool drew 1-1 with Chelsea in their final home game of the season.

The German spoke of the need for patience, with Christian Benteke’s equalising goal arriving in injury time after the Reds had struggled to break down Chelsea.

Klopp also explained that young winger Sergi Canos, who has been on a season loan at Brentford, is in contention to feature in the last game of the season at West Brom on Sunday.