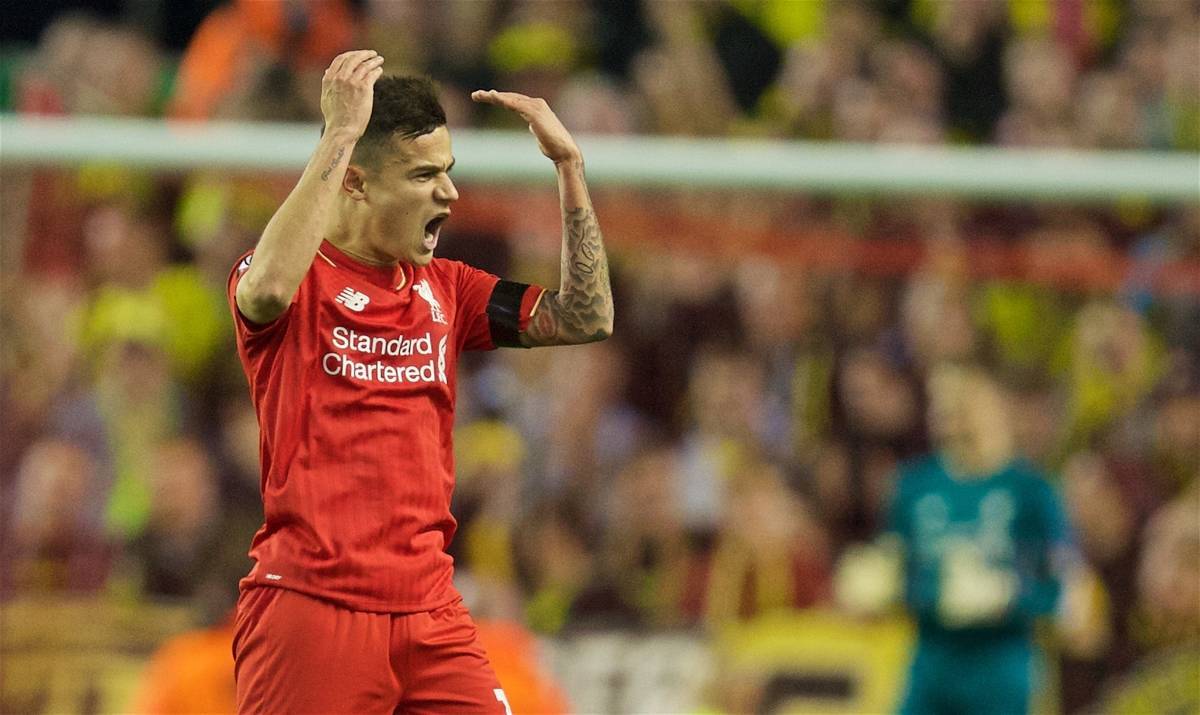 Paris Saint Germain have contacted Philippe Coutinho’s representatives to express their interest in signing the Brazilian this summer.

According to the reliable Paul Joyce of the Express, the French giants are one of three European sides who hold an interest in the Liverpool No.10.

While there is no secret that PSG are admirers of Coutinho, it is currently unknown as to who the other two clubs interested in signing the Brazil international are.

Liverpool are said to be aware of mounting interest in the 23-year-old talent, but have yet to receive any contact from those interested parties.

Coutinho is currently away with the Brazil squad preparing for the imminent start of the Copa America, and recently impressed in his side’s 2-0 win friendly win over Panama.

Impressing for the Reds last season and on the international stage no doubt prompted the French financial powerhouses to register their interest in Coutinho, with reports in France even claiming a £46 million offer was being readied to test the Reds’ resolve.

However, with talks between clubs yet to have been instigated, according to Joyce and others, a fee is unlikely to have been discussed as yet.

But with the financial power the Paris based club boasts, Coutinho certainly won’t be allowed to leave Anfield on the cheap this transfer window.

Having developed into such a vital part of the team last season, in which he finished with his best goals return since his move to Merseyside and won Player of the Year for the second season running, those in power will be desperate to keep hold of the Brazilian.

For Liverpool to progress next season and make a return to the Champions League stage, they must keep hold of key players such as Coutinho, with replacing a player of his talents sure to be a tough task.

The Reds have lost too many important players in recent summers, with Luis Suarez, Steven Gerrard and Raheem Sterling all leaving the club, having a directly detrimental affect to on-pitch performance.

Now is the time to buck that trend by getting ready to knock back any forthcoming advances from Paris.