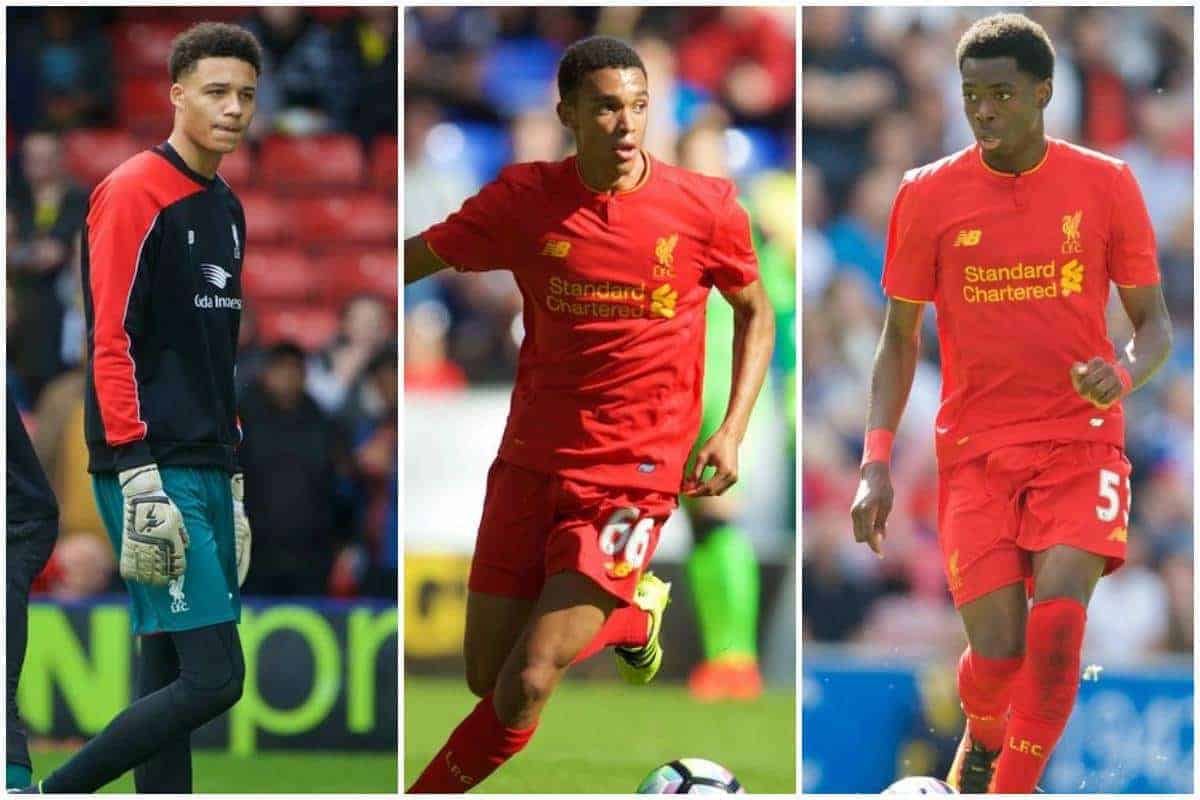 The Reds boarded a flight to California in the early hours of Thursday morning, directly following their 2-0 victory away to Huddersfield Town.

As well as taking part in the International Champions Cup, bringing clashes with Chelsea (July 27) and AC Milan (July 30), Jurgen Klopp‘s side will also take on AS Roma (August 1) in St. Louis.

The German has taken a strong squad for the trio of warmup fixtures, with George, Alexander-Arnold and Ejaria representing the club’s academy.

Sixteen-year-old forward Ben Woodburn, however, is expected to have been left out.

Joining George in the goalkeeper ranks are Loris Karius and Alex Manninger, with the latter still on trial with the Reds, looking to earn a short-term contract for 2016/17.

Along with Ejaria, Marko Grujic, Cameron Brannagan, Kevin Stewart and James Milner all travelled to offer Klopp a host of midfield options.

Klopp’s squad will be joined by the rest of Milner’s England colleagues from the summer’s European Championship, with Nathaniel Clyne, Jordan Henderson, Adam Lallana and Daniel Sturridge already in the US.

They will be followed by the arrivals of Simon Mignolet, Divock Origi, Christian Benteke and Emre Can, while Georginio Wijnaldum is expected to link up with his new team-mates on the completion of his £25 million move from Newcastle United.

Injured trio Lucas Leiva, Joe Gomez and Mamadou Sakho all travelled, but are unlikely to feature throughout pre-season, while Sheyi Ojo will arrive when his international with the England U19s ends.

One player who hasn’t travelled is Jon Flanagan, with the full-back mulling over a season-long loan move to Burnley, while Joe Allen isn’t expected to join the squad on his return from a summer break.

Liverpool have accepted a £13 million offer from Stoke City for the Welsh midfielder, with Allen now able to discuss personal terms ahead of a potential move to the Britannia Stadium.

Tiago Ilori is also unavailable, having joined the Portugal squad for training ahead of this summer’s Olympic Games.

The full squad is set to be confirmed when the Reds touch down later on Thursday, with the involvement of Ryan Kent, Luis Alberto, Mario Balotelli and Pedro Chirivella still unclear.