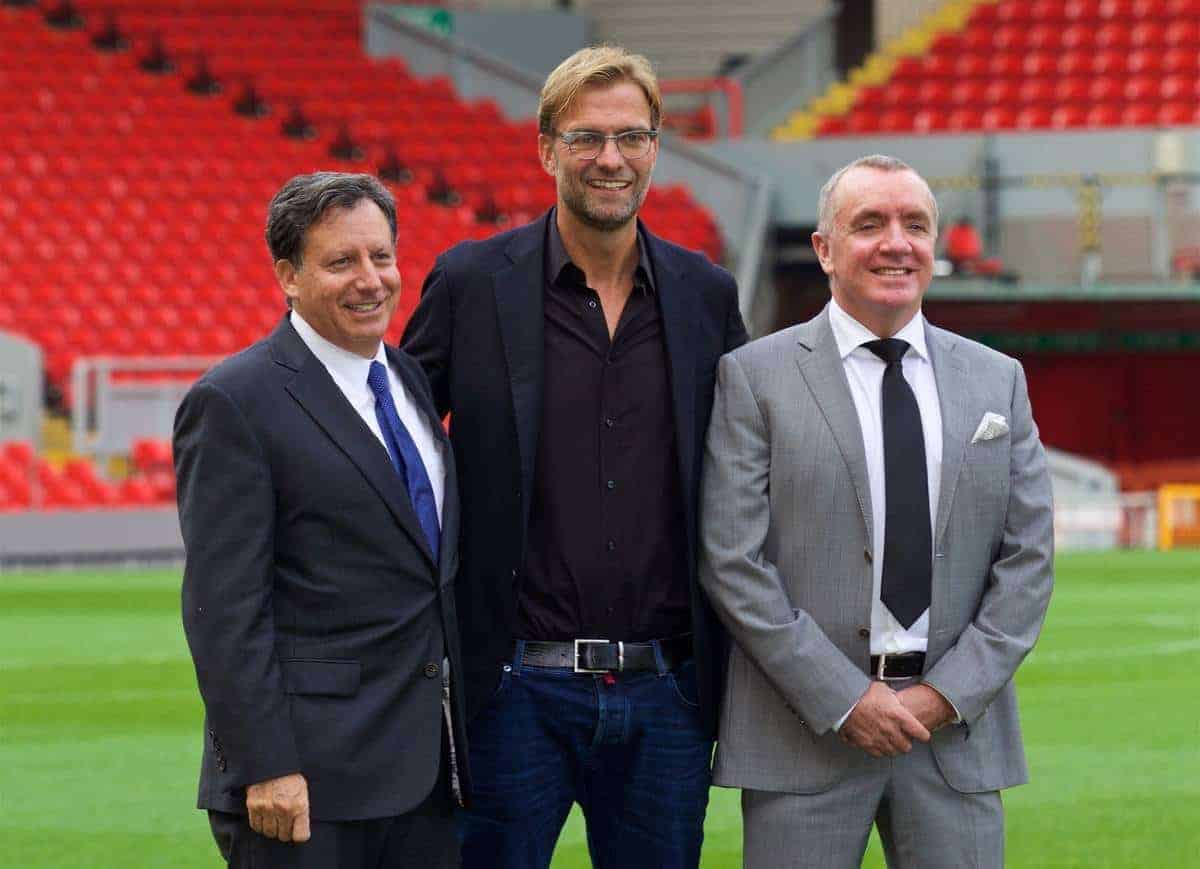 Klopp put pen to paper on his new deal on Friday morning, keeping him at the club until at least 2022, mirroring his spells with Mainz 05 and Borussia Dortmund.

His long-serving assistants, Zeljko Buvac and Peter Krawietz, signed similar deals with the Reds, as Klopp looks to build for long-term success on Merseyside.

Writing on the announcement of Klopp’s new deal, Liverpool owners John W. Henry and Tom Werner, as well as FSG president Mike Gordon, praised the 49-year-old, describing him as “a world-class managerial talent.”

“When you have an individual of Jurgen’s quality in the building it makes perfect sense to secure that person for the long term,” they wrote.

“To not do so would be irresponsible.

“The overriding motivation behind this decision is Jurgen’s commitment to overall improvement and development.

After Klopp’s first eight months with the club saw Liverpool reach two cup finals in the League Cup and the Europa League, the German has looked to swiftly remould his squad ahead of his first full campaign in 2016/17.

This has seen the signings of Marko Grujic, Joel Matip, Loris Karius and Sadio Mane, while Klopp is also overseeing a change in emphasis in the club’s youth ranks.

Adopting a new hardline structure in terms of youth in the transfer market, including the negotiation of buy-back and sell-on clauses in potential deals to sell Sergi Canos and Jordon Ibe, Liverpool are in line to preserve their future under Klopp.

“The ideas and plans he has for the football infrastructure excite us and we believe it benefits the organisation to have Jürgen committed to Liverpool for a sustained period, to make sure he is here to oversee this development,” FSG continued.

“By making this commitment to him, we are taking away any future distractions or doubt.

“We will move forward in partnership together, with confidence in each other and with the club’s future at the forefront of every decision.

“He is a world-class managerial talent and his leadership will be critical to everything we hope to achieve in the years ahead.”

Ensuring Klopp’s deal was secured early in the summer is in line with the manager’s plans in the transfer market and on the training field.

The owners, supporters and Klopp himself will now be hoping this ensures Liverpool are in the best possible position to challenge in 2016/17 and beyond.