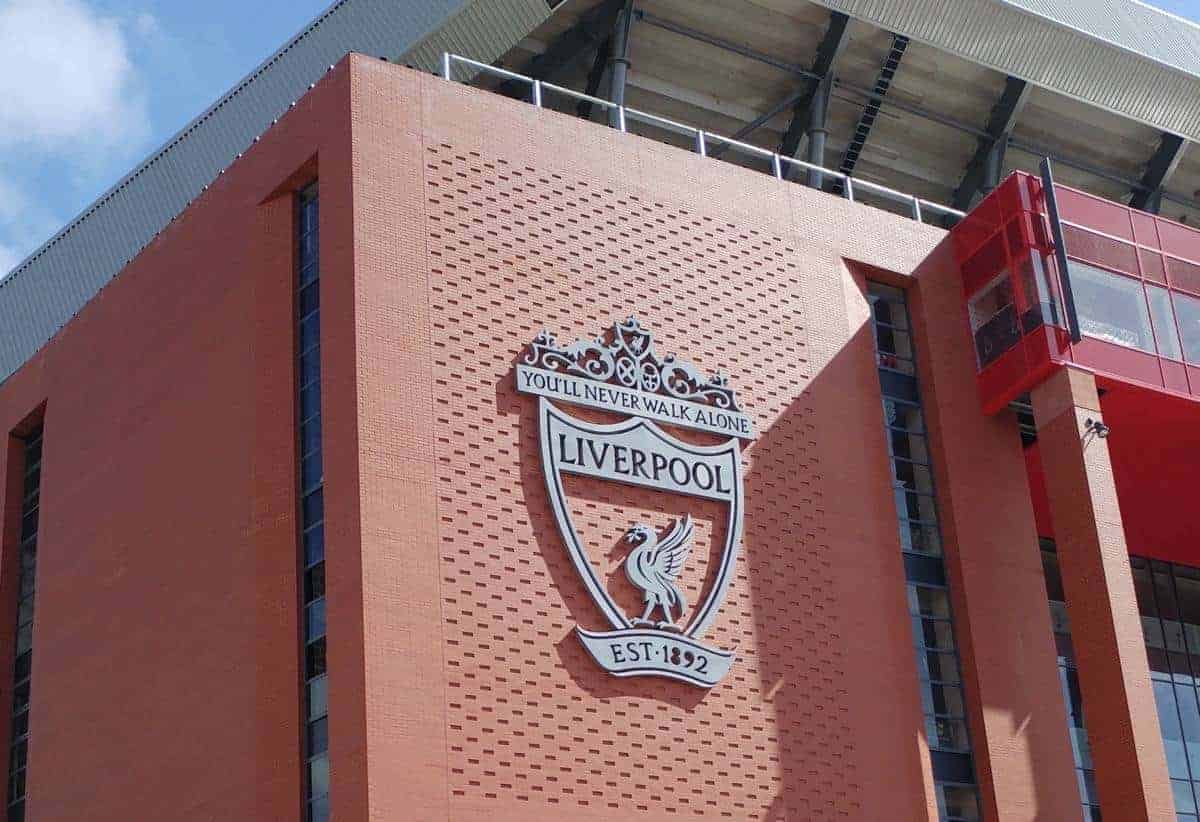 Liverpool’s Anfield Main Stand redevelopment continued this week with the fitting of the club crest on the stadium exterior.

Reds owners Fenway Sports Group have persevered with plans to redevelop Anfield’s Main Stand this summer, bringing the stadium’s capacity up to around 53,800.

This has seen the seating inside the Main Stand taken out after the original stand was added to, beginning with an impressive roof truss.

Work continues on both the stadium interior and exterior, and the club reached a milestone this week as it attached the club crest to the outside of the Main Stand.

At around 30′ by 20′, the crest took a number of days to complete, and will be followed with a matching piece at the Kop end of the new stand. Work is set to continue at Anfield in the coming weeks, with Liverpool’s first three fixtures of the Premier League campaign to be staged away from Merseyside.

Newly promoted Burnley agreed to reverse their clashes with the Reds, welcoming Jurgen Klopp‘s side to Turf Moor on August 20.

Therefore, Liverpool will have taken on Arsenal, Burnley and Tottenham Hotspur before their first outing in front of the expanded Main Stand.

This will come against champions Leicester City on September 10, following the first international break of the season.

Exclusive images of inside Anfield this week: Liverpool were revealed to be worth over £1 billion for the first time ever on Thursday, with Forbes establishing them as the 41st most valuable sports team in the world.

FSG’s positive commercial work serves as the backbone to this, and the redevelopment of Anfield will likely see this continue to grow.