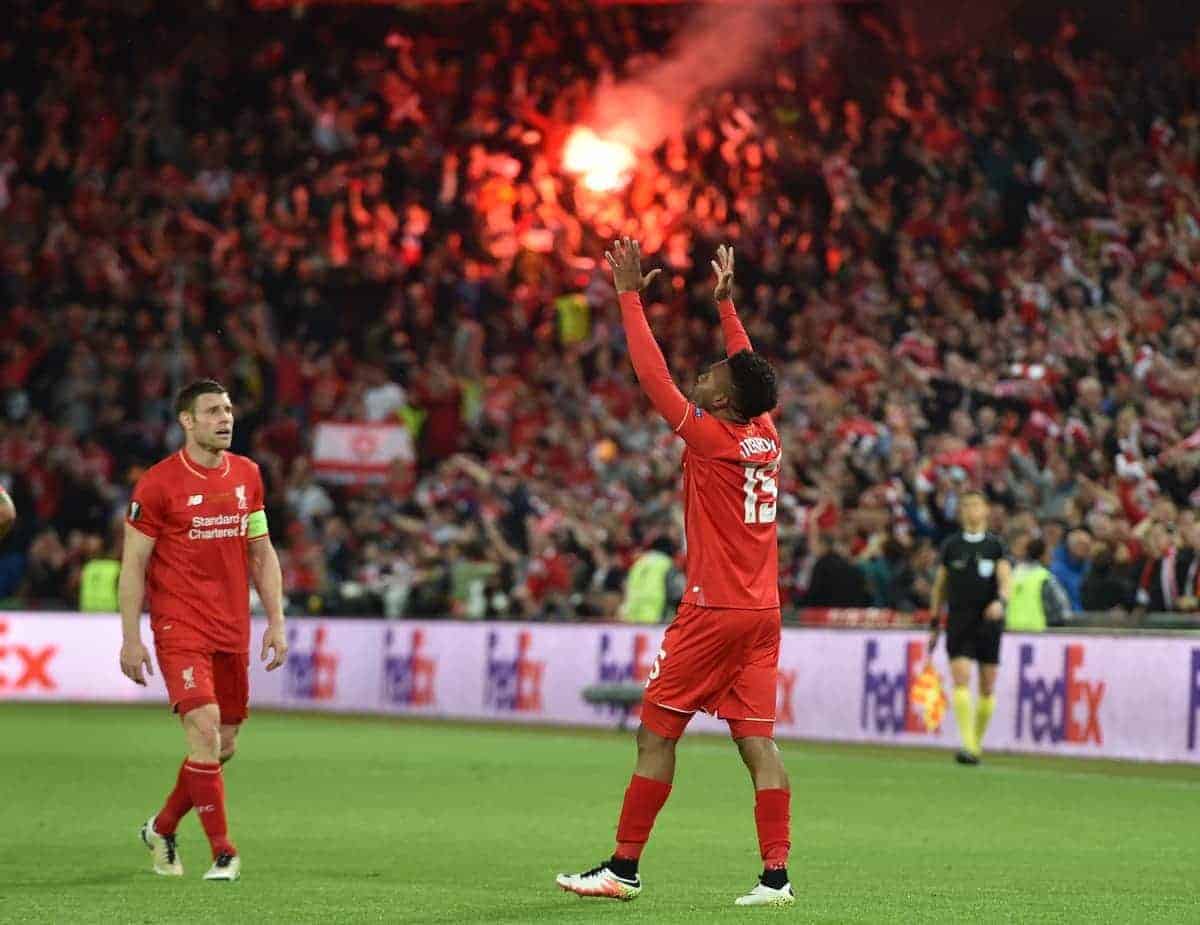 Liverpool have been fined €16,000 euros (£13,408) by UEFA following crowd trouble before and during their UEFA Europa League final against Sevilla in Basle in May.

UEFA’s Control, Ethics and Disciplinary Body announced the sanction which related specifically to crowd disturbances, the setting off of fireworks, and an illicit banner.

Sevilla, who won the match 3-1, were fined €17,000 (£14,242) for their part in the disturbances, which involved crowd disturbances and the throwing of objects.

A small numbers of supporters clashed behind one of the goals shortly before kick-off, with many fans blaming poor segregation for the problems.

There was also criticism of UEFA’s choice of the St Jakob-Park stadium, which with its capacity of just 35,000 was the smallest chosen to host a major European final.