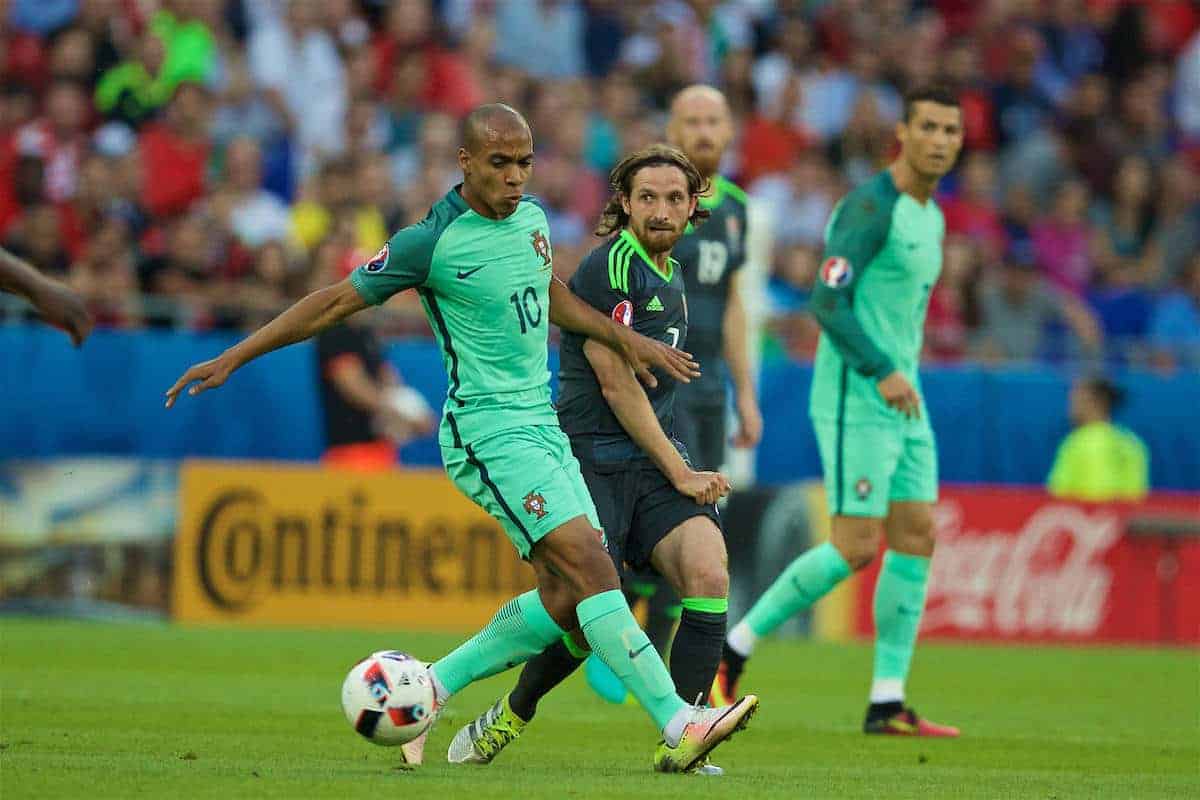 Sporting CP’s Portugal international midfielder Joao Mario has been the subject of a failed bid from Liverpool, according to his agent.

Mario was part of the Portugal side that secured European Championship glory this summer, defeating France in the final courtesy of a late strike from Eder.

This has seen the 23-year-old’s stock rise rapidly, with his agent, Kia Joorabchian, pushing for either an improved contract or a big-money move this summer.

Speaking to Portuguese publication Record, Joorabchian has named the Reds as one of the clubs to have already made a bid, saying “a European champion has to be rewarded.”

But as he continued, the Iranian claimed that Sporting had already “refused” their offer, among three others.

“Sporting have received four proposals. Inter Milan and Liverpool, certainly, with values between €35 and €40 million, plus bonuses,” he said.

“Sporting refused all offers. So from now on, we are discussing a new contract or sale.”

Joorabchian continued to claim that Mario would be looking to push through a move away from Sporting this summer, having come up through their academy ranks since a move from Porto in 2004. Liverpool are believed to have offered around £33 million to secure his services, with Mario’s father echoing Joorabchian’s claims days before.

“The club said no to £29 million plus £8 million in bonuses from Inter and to £33 million from Liverpool,” he said.

“Nothing particular has happened, my son is a professional and knows he has a contract with Sporting.

“At the same time, we’re talking about a very valuable player for the club, who would aspire to bigger projects in the course of his career.”

Mario impressed throughout his seven appearances for Portugal at Euro 2016, building on a season that saw him score seven goals and lay on 12 assists in 45 appearances for Sporting.

Able to play in a number of roles in midfield, Mario split his time between the left and right flanks in France this summer, while also playing in the middle of the park for Sporting.

Arguably at his best on the right wing, Liverpool’s interest in Mario seems a bemusing development.

Having already signed Sadio Mane and Georginio Wijnaldum to reinforce his ranks in attacking midfield, Mario would be something of a superfluous addition.

While it remains one to keep an eye on, it is possible that the Reds explored the possibility of signing Mario before turning to Wijnaldum—with Joorabchian using this interest to negotiate a big-money move elsewhere.