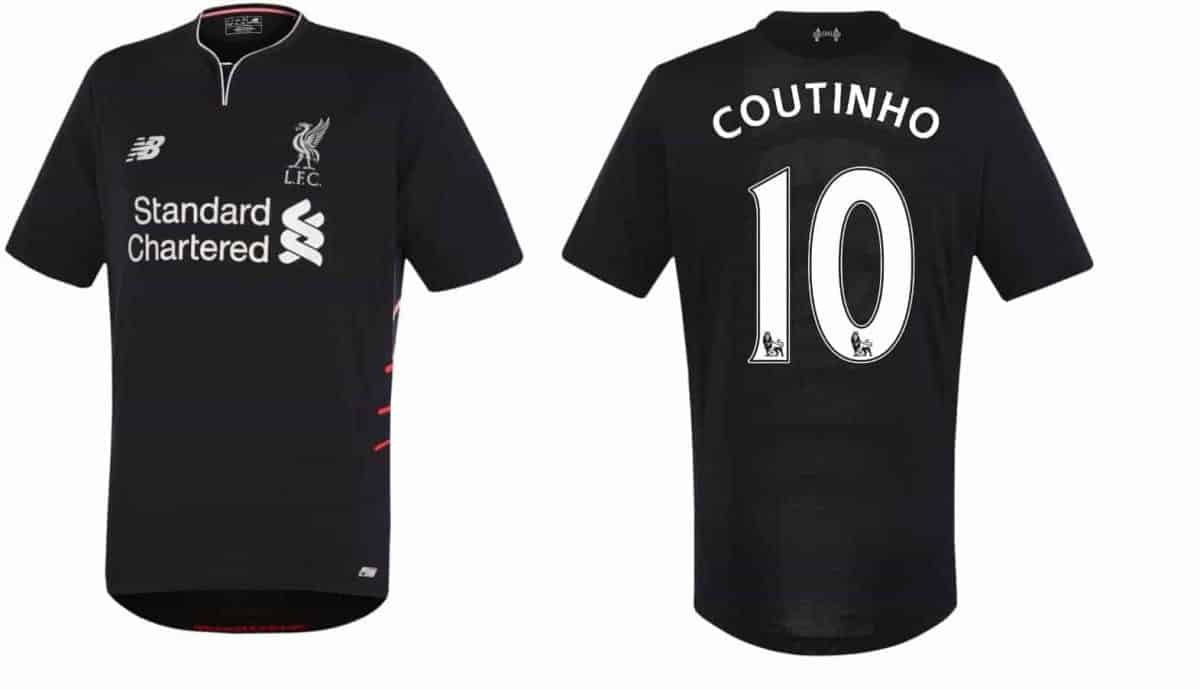 Brazilian midfielder Philippe Coutinho‘s No. 10 has been revealed as the most popular shirt among supporters this summer.

The 24-year-old has established himself as a firm favourite on Merseyside since his £8.5 million move from Inter Milan in 2013 due to his flair and goalscoring heroics.

Ahead of a crucial campaign for the Brazil international, Coutinho has been revealed as the most popular name on the back of Liverpool’s new away shirt.

Two defenders make the top 10 in Mamadou Sakho and Nathaniel Clyne, while Adam Lallana and Divock Origi are both ahead of captain Jordan Henderson, whose No. 14 shirt is the eighth-most popular. You can purchase the new away kit at the official club shop here.

Coutinho keeps his place as the club’s most popular player, having been named No. 1 for sales of the club’s new home kit in June.

Goalkeepers Loris Karius and Simon Mignolet were among those included in that list, as well as vice-captain James Milner, who also doesn’t feature in the top 10 for away shirts.

Liverpool have stood firm over the availability of Coutinho this summer, dismissing interest from Paris Saint-Germain and Barcelona and insisting that the playmaker won’t be leaving Merseyside.

Coutinho signed a new five-year contract at the beginning of 2015, with four years left to run, though it can certainly be argued that he is in line for improved terms this summer.

After returning to pre-season training on Monday, Coutinho is in line to make a return to Jurgen Klopp‘s squad away to Wigan Athletic on Sunday afternoon (4pm kickoff BST).