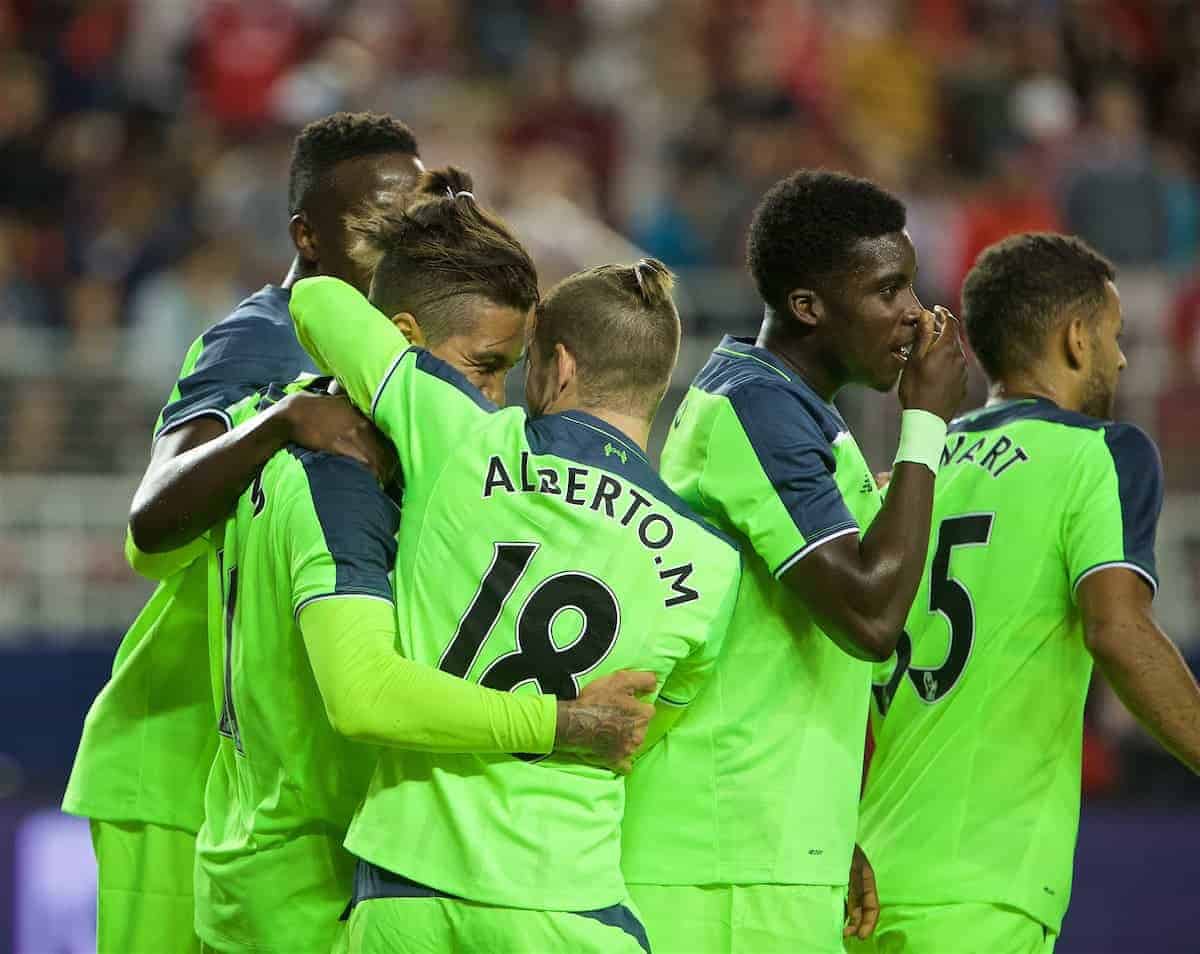 Liverpool sealed a positive result in the second clash of their pre-season tour of the US, defeating AC Milan 2-0.

After a disappointing loss to Chelsea at the Rose Bowl in Pasadena, California on Thursday, Jurgen Klopp‘s Reds looked to get their summer preparations back on track against Vincenzo Montella’s Milan.

Lining his side up in an attack-heavy 4-3-3 formation, Klopp saw the results, as Liverpool dominated their Serie A opposition throughout.

With Simon Mignolet returning to start in goal, the Belgian organised a back four of Trent Alexander-Arnold, Dejan Lovren, Ragnar Klavan and James Milner. Summer signings Wijnaldum and Mane both looked bright in the first half, combining well with Sturridge to create some promising openings.

It was Wijnaldum’s powerful, third-man ran that saw Sturridge into space on the left flank, with the striker’s right-footed shot blocked on 29 minutes.

Meanwhile, Mane should have scored on 41 minutes, firing at the goalkeeper after a bright passage of play involving Lallana and Coutinho. At the other end of the pitch, Mignolet kept things solid at the back, impressing with a composed display following injury to new goalkeeper Loris Karius. Liverpool didn’t break the deadlock until 59 minutes, however, after a number of changes from Klopp at half-time.

Controlling a long pass from Alberto Moreno, Divock Origi put the Reds ahead with the first goal of their US tour, switching the ball onto his right foot to evade Gabriel Paletta before firing it into the corner of the goal.

Fellow substitute Roberto Firmino made it 2-0 shortly after, making up for another Origi strike being ruled offside by sliding home Sheyi Ojo‘s cross.

Ojo’s pace, power and attacking verve provided a key reason for optimism, with the 19-year-old winger underlining his credentials ahead of the 2016/17 campaign. Klopp can be happy with the way his Liverpool side overwhelmed Milan throughout, and can now hope to continue his fine work against AS Roma on August 2. With the likes of Marko Grujic, Joel Matip and Mamadou Sakho poised to return after injury, Klopp now has an excellent group of players to choose from.

If Sunday’s victory over Milan is anything to go by, Liverpool can be a strong force this season.