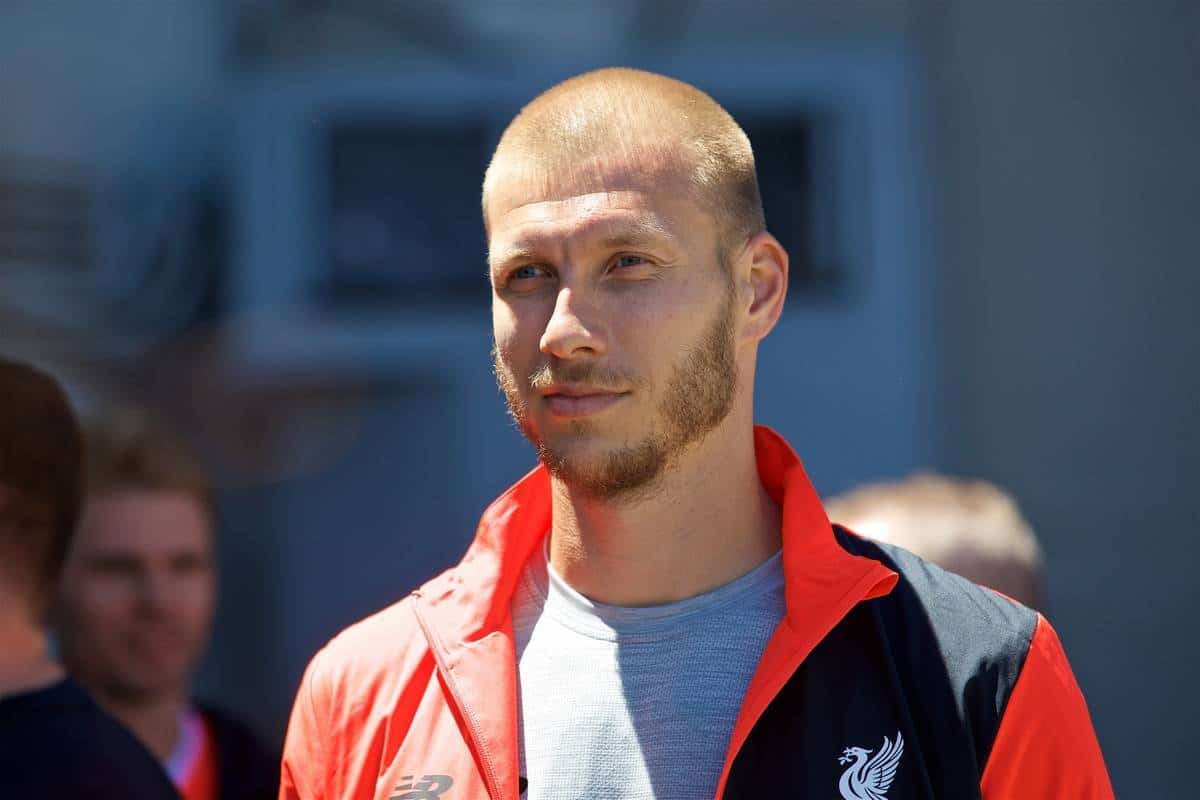 Liverpool centre-back Ragnar Klavan answered a series of quickfire questions on his move from Augsburg this summer.

The 30-year-old signed a three-year contract with the Reds on Wednesday, providing cover to Jurgen Klopp‘s centre-back ranks.

Liverpool’s No. 17 arrives as something of an unknown, having spent his career in the lower depths of Dutch and German football, but injects considerable pedigree into Klopp’s squad.

Speaking to LFCTV on his arrival as a Reds player, Klavan took questions on his upbringing, personality and approach to football.

The midfielder-turned-defender said that the Premier League‘s only other Estonian import, Mart Poom, was his idol, along with Zinedine Zidane and his father.

He also outlined his ambition as being “to win a title with Liverpool.”

Klavan showed his sense of humour when answering most of the questions, describing his playing style as simply “good,” and saying his face was his worst physical feature.

The former AZ Alkmaar defender has travelled with Klopp’s squad for their pre-season tour of the US, and with both Mamadou Sakho and Joe Gomez struggling with injury, can hope for considerable game time.

Liverpool take on Chelsea (July 27), AC Milan (July 30) and AS Roma (August 1), before returning for a high-profile clash with Barcelona at Wembley Stadium (August 6).

The Reds then finish their pre-season schedule with a return to Klavan’s old battleground of Germany, taking on Klopp’s former side, Mainz 05 (August 7)

Klavan, who joined Liverpool for around £4.2 million, will be looking to spend pre-season to ensure he and his new team-mates find an understanding ahead of what is a crucial campaign.