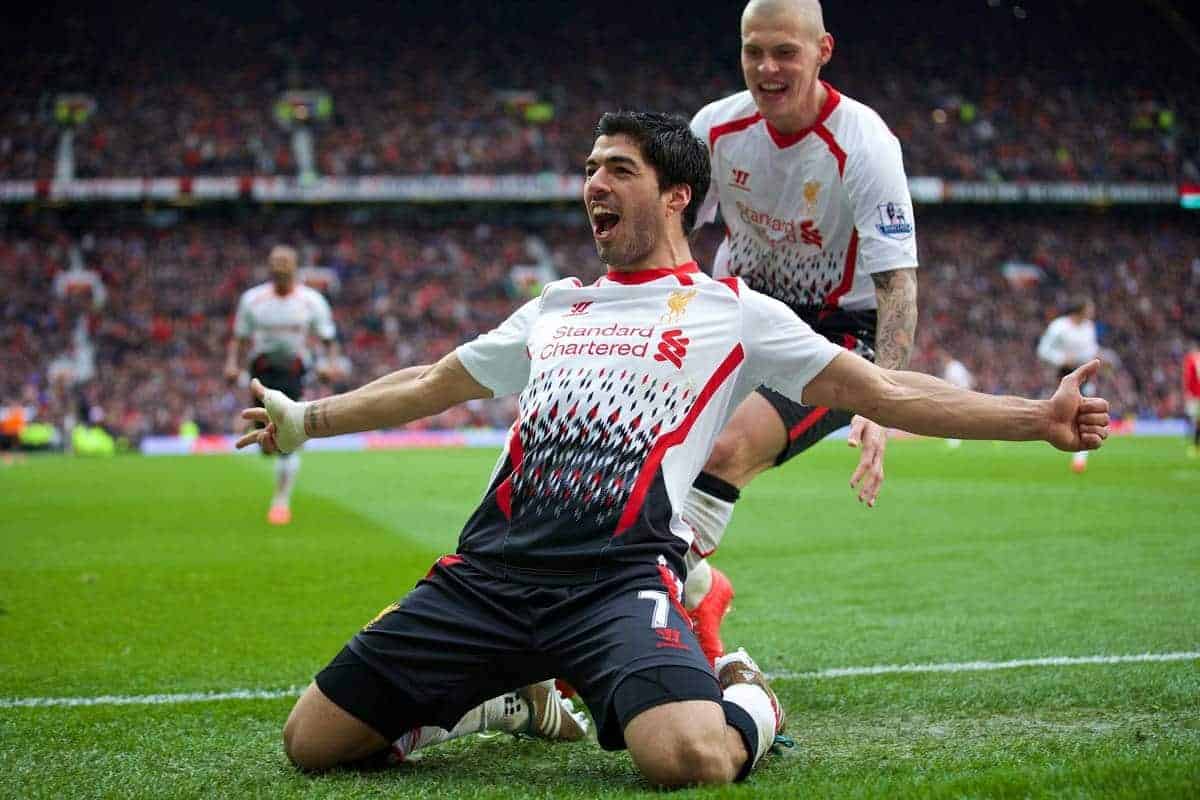 Barcelona striker Luis Suarez is looking forward to a reunion with his former side at Wembley Stadium on Saturday evening.

Suarez spent three seasons with Liverpool following a move from Ajax in 2011, establishing himself as one of the club’s best-ever players.

The Uruguayan scored 82 goals and laid on 53 assists in 133 games for the Reds, coming close to an emphatic Premier League title win in 2013/14.

Now 29 and with Barcelona, Suarez is at the peak of his powers, hitting 84 goals in 96 games for the La Liga champions.

There remains a soft spot in his heart for Liverpool, however, and speaking to LFCTV before his current side take on his former side at Wembley, he said it is “a really good moment” to be reunited.

“It’s a really nice moment for the supporters,” he explained.

“I have some friends there and I think it’s a really good moment to come back to play against Liverpool.

“Liverpool’s support is one of the best in the world and I think they are excited for the game to see great players on the pitch.

“Everybody knows Liverpool is so important in my life, in my career, and my family as well.

“My second child was born there and I had a really good moment there. I think it’s a nice moment for me.”

Suarez spent the majority of his time at the club working under Brendan Rodgers, who he caught up with during Barcelona’s clash with Celtic last week.

He was unfortunate not to work with Liverpool’s current manager, Jurgen Klopp, however.

The German arrived in October and looks the perfect fit for Merseyside, and Suarez believes he is poised to lead them to a top-four finish in 2016/17.

“The last few months, everybody saw a really good performance from Liverpool,” he continued.

“They had a chance to win the Europa League and in the Premier League they played really well.

“Now it’s a new season, I think the manager [will] have confidence they can finish in the top four.”

Saturday will provide Liverpool supporters with a chance to witness Suarez’s talents up close once again, no doubt conjuring hopes of an emotional return sometime in the future.

The Reds recently received the final instalment of payments from Barcelona in the deal to take Suarez to Catalonia, amounting to a reported £13 million.