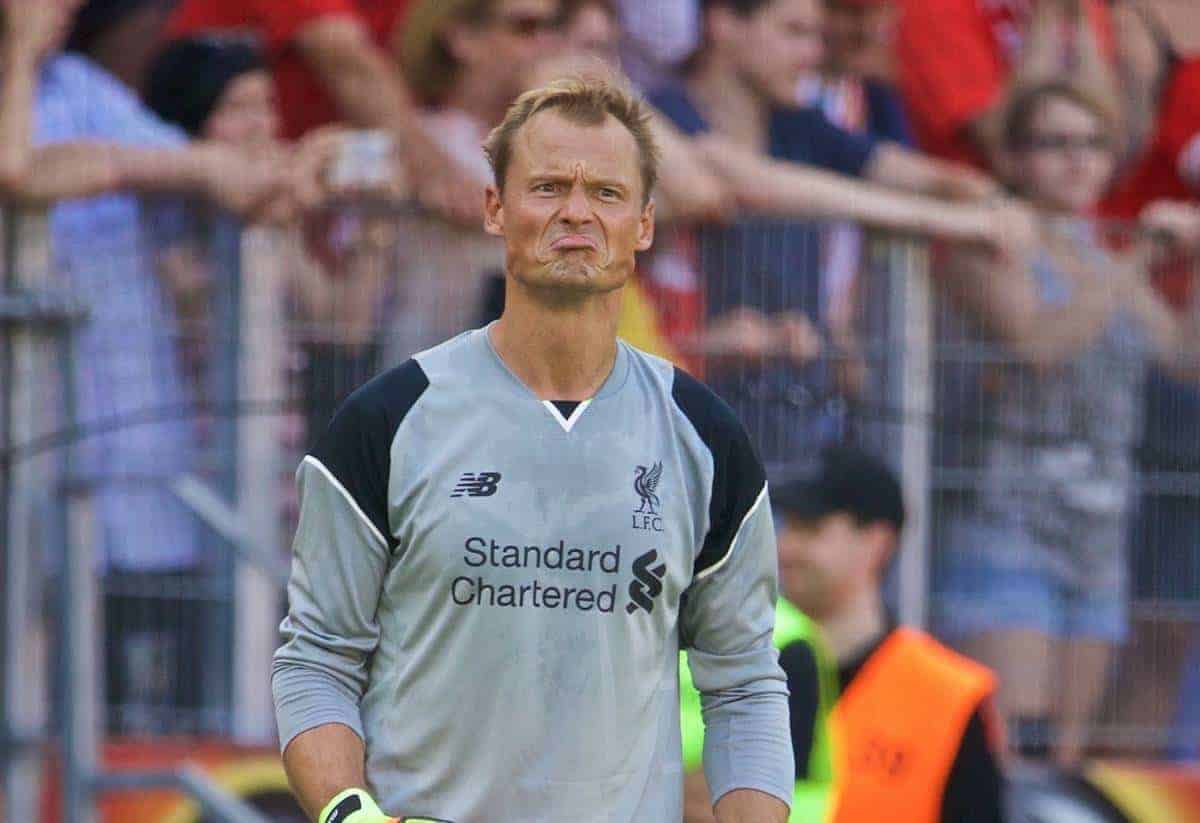 Liverpool’s final friendly of pre-season ending in a 4-0 defeat to Mainz 05, with a disjointed Reds side struggling to compete.

Klopp’s return to Mainz saw him lead Liverpool out against the side where he began his managerial career, as he looked to round off a positive pre-season for the Reds.

The German named a much-changed starting lineup following Saturday’s 4-0 win over Barcelona at Wembley Stadium, with only Emre Can and Adam Lallana keeping their places from their northwest London triumph.

Saturday goalscorers Marko Grujic and Divock Origi were handed starting roles, along with youngster Ben Woodburn, but Liverpool’s talented side struggled to get going throughout. As at Wembley, Liverpool lined up in a 4-3-3 formation, with Woodburn on the left, Lallana on the right and Origi central in the three-man attacking line.

The Reds started brightly, hunting down loose balls with energy and looking to create positive openings in possession.

Mainz, however, did trouble the Liverpool defence in the opening stages with bold counter-attacking moves, with Christian Clemens and Daniel Brosinski at the heart of their good work.

It was Brosinski who broke the deadlock on 15 minutes, converting a penalty after Andre Wisdom handled in the box.

Martin Schmidt’s side continued to dominate following their opening goal, with Liverpool struggling to craft any meaningful opportunities in the final third.

The Reds’ frustration was compounded just on 39 minutes, as Grujic was forced off the field with an ankle injury and replaced by Danny Ings, with Lallana dropping into midfield.

Mainz continued to flex their attacking muscle, and they were 2-0 up just before half-time, with Jhon Cordoba powering past Alex Manninger from an angle. Klopp looked to inject youthful energy into his side after the interval, bringing on Connor Randall, Kevin Stewart, Cameron Brannagan and Toni Gomes.

It was Mainz who had the first good chance of the second half, with Stewart’s sloppy ball leading to an attempt from Clemens, but Wisdom and Joel Matip were on hand to block the shot.

They could do nothing, however, as Yunnus Malli charged forward from midfield and fired a long-range strike past Manninger to put Mainz 3-0 up.

Klopp brought on another youngster just after, with Sam Hart taking Alberto Moreno‘s place in defence, highlighting the German’s approach to the friendly: providing experience and game time for his peripheral figures.

This did still serve as preparation for next Sunday’s clash with Arsenal in the Premier League, however, and this was reflected as Klopp brought on Roberto Firmino and Georginio Wijnaldum with just under 20 minutes to spare.

Mainz capitalised on further disorganisation, however, with Yoshinori Muto rising ahead of Matip to head the German side 4-0 ahead.

Very much the order of the day, Klopp’s rotated Reds limped out of the Opel Arena after a heavy defeat, but Saturday’s win over Barcelona will remain cause for optimism.