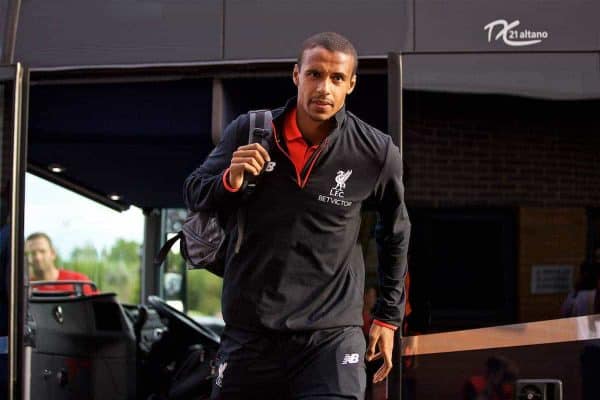 Liverpool are in League Cup second round action against Championship side Burton Albion but Jurgen Klopp names a strong team.

Divock Origi makes his first start of the season up front, with Sadio Mane returning from injury and Roberto Firmino also in attack.

Joel Matip makes his competitive debut for the club, alongside Dejan Lovren.

Simon Mignolet continues in goal, with Nathaniel Clyne and James Milner as full backs – Alberto Moreno is among the subs.

There’s also a first start of the season for Emre Can, who is joined by Jordan Henderson and Adam Lallana in midfield.

Klopp could stick with 4-3-3, although Firmino struggles when played out wide. So it could be 4-2-3-1 with Can and Henderson together and Lallana on the left.

Philippe Coutinho is the only first-team player rested for the game.

Daniel Sturridge and Danny Ings are on the bench.

Kick off at the Pirelli Stadium is 7.45pm UK

UK viewers can stream live on Sky Sports 1 via NOW TV — Get 10% off a one-day sports pass here! or get 10% off a week sports pass to enjoy tonight’s match and Tottenham vs. Liverpool on Saturday!

US viewers can stream live on beIN SPORTS via FuboTV — Get a 24 hour free trial here!