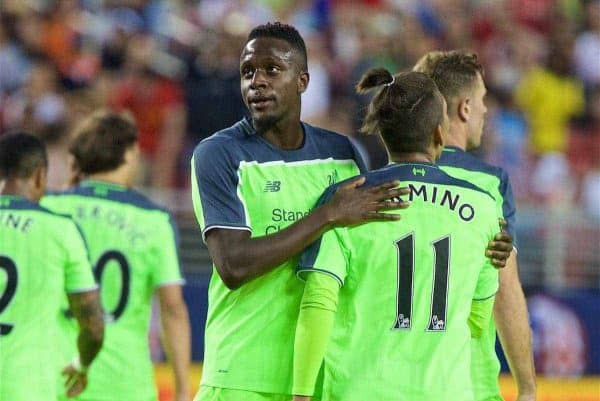 We take a look at how Jurgen Klopp could deploy his Liverpool side for the League Cup clash with Burton Albion.

The Reds turn their focus to the League Cup on Tuesday night, as they open their campaign at the second round stage against former Reds striker Nigel Clough’s Brewers.

Liverpool arrive at the Pirelli Stadium looking to bounce back from Saturday’s horror defeat at Burnley at the first attempt against the Championship side, who are competing at the highest level in their history currently in England’s second tier.

Klopp has confirmed he will freshen his team in Staffordshire, but having stated he “won’t make seven or eight changes,” a lineup of quality is set to feature as the Reds kick off their quest for cup success.

Klopp is set to name a strong Liverpool side, having declared “it’s not the moment to rest players.”

Though wholesale changes won’t materialise, a number are likely throughout the team, which is likely to see Matip come in at centre-back and Alberto Moreno return.

Can and Grujic are set for midfield berths, most likely alongside Jordan Henderson.

Origi is another almost certain to start, and with change to be kept to a minimum, Adam Lallana and Philippe Coutinho could be the men to support the Belgian in attack.

Five changes to the team would see a strong Reds line up like this on Tuesday night:

The Reds boss could go one better and name a lineup of six changes, having suggested his team will retain a slightly similar look.

With Matip again at the heart of defence, Kevin Stewart could enter to anchor at the base of midfield, making for a completely changed midfield trio with Can and Grujic—seeing Henderson and Georginio Wijnaldum drop out.

And in attack, Markovic, uninvolved in the first two games, could offer Klopp a useful wide option to utilise from the right side, with the Serbian taking Coutinho’s place to join Lallana and Origi.

Liverpool could therefore line up like this against the Championship side:

After the bitter disappointment of Saturday’s Burnley horror show, it’s crucial the Reds bounce back with a solid performance and victory to boost confidence in the squad and book their place in the League Cup‘s third round.