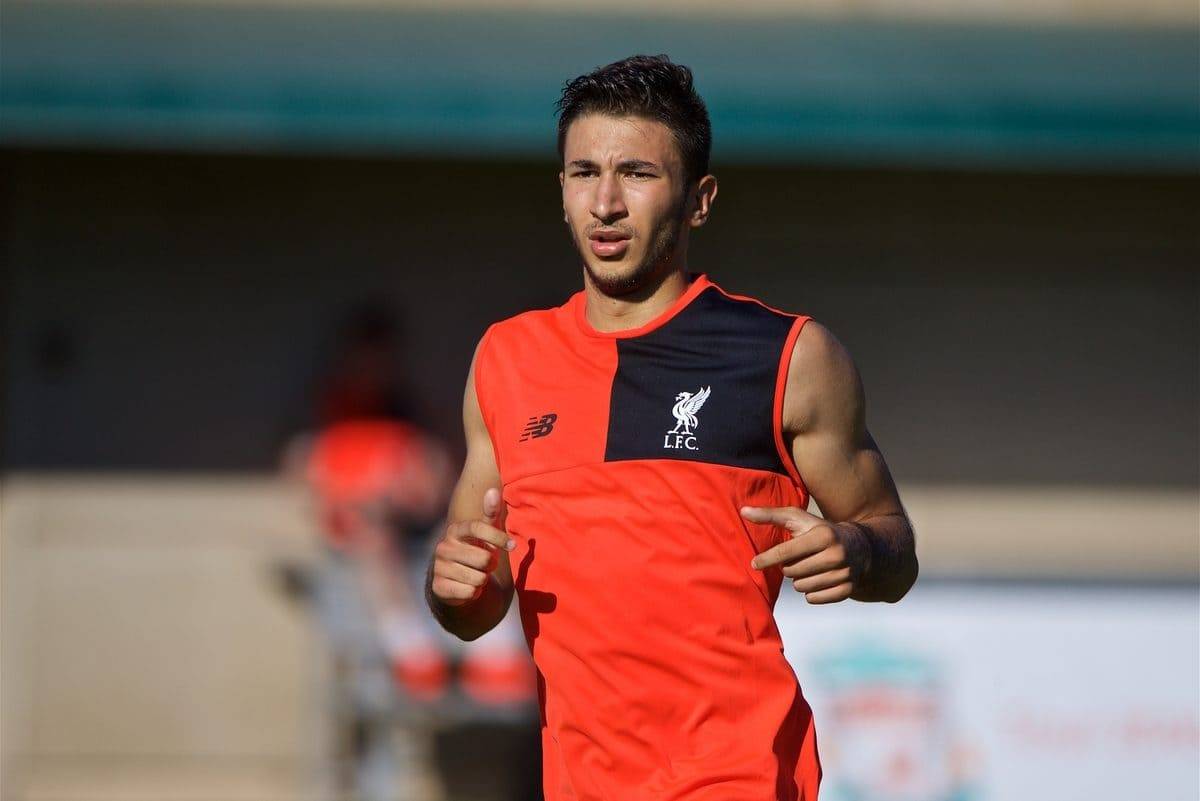 Despite hobbling off with an ankle injury during Liverpool’s 4-0 loss to Mainz, Marko Grujic has been given the all-clear by Jurgen Klopp.

The Reds suffered a disappointing loss away to Klopp’s former side in their final pre-season friendly of the summer, with few positives to take away from the Opel Arena.

Klopp made nine changes to his starting lineup from Saturday’s 4-0 win over Barcelona at Wembley Stadium, including bringing Grujic into his midfield three.

But, after previously struggling with both a virus and concussion during pre-season, the Serbian was forced off on 39 minutes.

Grujic looked to have suffered a worrying ankle injury, and was replaced by Danny Ings, but speaking to LFCTV after the game, Klopp confirmed that it was “nothing serious.”

This comes as a boost to Liverpool, with Grujic in fine form whenever called upon in pre-season.

The lofty Serbian provides Klopp with an invaluable option in the middle of the park, alongside the likes of Emre Can, Jordan Henderson and summer signing Georginio Wijnaldum.

Like Wijnaldum, Grujic adds another goal threat to Klopp’s ranks, with his header in the closing stages at Wembley on Saturday bringing his pre-season tally up to three.

He is now likely to be available for Sunday’s Premier League opener against Arsenal, which will see the Reds travel to the Emirates Stadium for a 4pm kickoff (BST).

Whether Grujic is afforded a regular starting role in 2016/17 remains to be seen, with Can, Henderson, Wijnaldum and Adam Lallana all vying for a place in Klopp’s first-choice selection.

But as an alternative on the substitutes’ bench, Grujic can prove hugely important.

The former Red Star Belgrade youngster has slotted in comfortably this summer, after spending the past six months on loan with the Serbian Super Liga side.

Klopp is forced to contend with injuries to Mamadou Sakho, Joe Gomez, Lucas Leiva, James Milner and Daniel Sturridge as 2016/17 begins, however, limiting his options in preparing for next weekend’s high-profile clash.