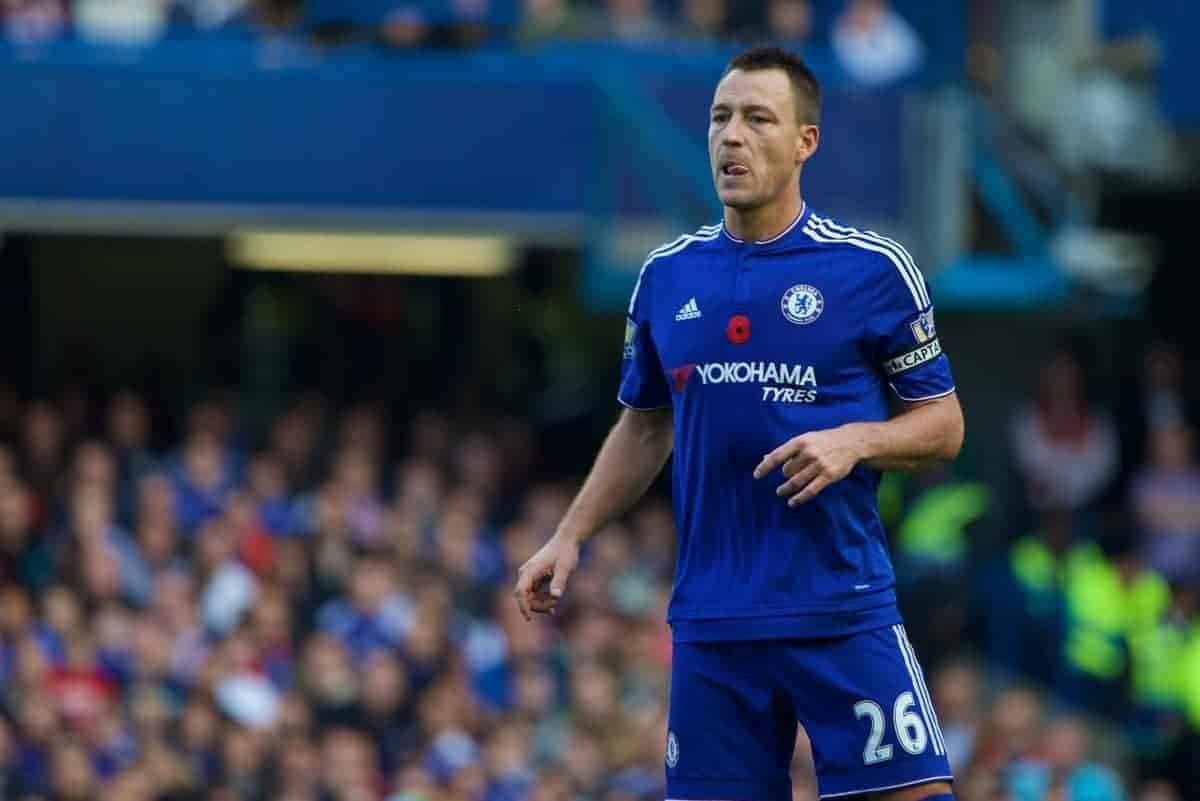 John Terry could miss out in Friday night’s Premier League clash between Chelsea and Liverpool, after suffering an ankle injury.

The Reds will look to build on Saturday’s 4-1 win over Leicester City as they take to Stamford Bridge for the first fixture of the weekend.

After producing an emphatic display against the champions at Anfield, taking on Antonio Conte’s title contenders will be another major test of Liverpool’s credentials.

Their prospects could be boosted, however, by the absence of Terry, who struggled late on in Chelsea‘s 2-2 draw with Swansea City on Sunday.

The 35-year-old received treatment immediately at full-time, and then left the Liberty Stadium on crutches, which is unlikely to be a good sign for Conte as he prepares for Friday’s clash.

However, speaking on Terry’s injury, the Italian remained hopeful it wasn’t a serious issue.

“I don’t know the extent of the injury but tomorrow we will see the situation about his ankle,” he said. “But he is a warrior and I am not worried.”

A similar situation happened with Liverpool vice-captain James Milner towards the end of pre-season, with the 30-year-old limping off during the Reds’ 4-0 win over Barcelona with a heel problem.

Milner missed the first game of the season as a result, despite his remarkable fitness—something he shares with Terry.

Terry is a key player for Chelsea, and if he is unavailable for the 8pm kickoff (BST), Jurgen Klopp can look to exploit the Blues’ defence.

He would likely be replaced by summer signing David Luiz, an impressive footballer but an erratic defensive presence, who would likely partner Gary Cahill at centre-back.

This would be a positive development for Liverpool, whose scintillating attacking play dominated Leicester on Saturday.

Victory over Chelsea, whose Swansea stalemate came as a major disappointment, would be another step forward for Liverpool, who have now taken seven points from their first four games.