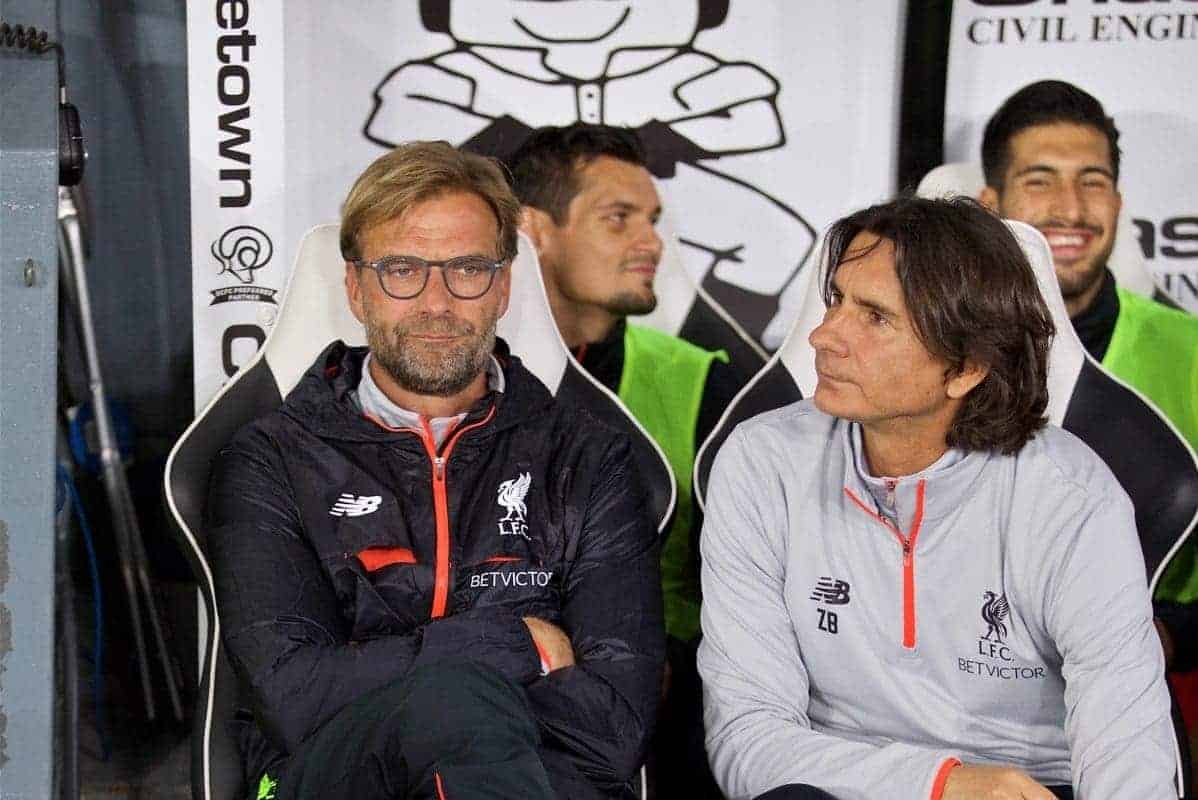 Liverpool manager Jurgen Klopp is happy to have to make difficult choices in the coming weeks as he views that as key indicator of the squad’s strength.

The German made seven changes for the comfortable 3-0 League Cup win at Derby, even leaving Daniel Sturridge out of the squad completely.

He saw Emre Can return from injury, handed Marko Grujic and goalkeeper Loris Karius their first starts, Danny Ings make his first appearance of the season and also gave a debut to academy 18-year-old Ovie Ejara.

Klopp does have some interesting selection dilemmas ahead, starting in goal where Karius—a £4.7 million summer signing from Mainz—is now in a position to challenge Simon Mignolet for the No. 1 spot, although he did not get much chance to showcase his talents in the one-sided encounter at Pride Park.

The back four currently picks itself, but Can’s comeback increases the competition in midfield, with Adam Lallana and Georginio Wijnaldum also left out of the squad to face Derby, while Sadio Mane is certain to get a recall to the forward line for Saturday’s visit of Hull, which means Sturridge could find himself on the bench again.

“The more players I have, the more difficult choices there are for me but the better it is for Liverpool,” Klopp said.

“Can’s fitness is not a problem. He has a strong mentality and fight but it is about rhythm—we can’t go into a shop and buy rhythm.

“I don’t rush it and Emre is cool about it.”

Klopp also stressed Ings still had a part to play somewhere down the line as he eases his way back into competitive football after a knee ligament injury curtailed last season.

“It was a difficult time [for him], I know this but, like all the others, he’s on a really good way and everybody can see this,” the Reds boss added.

“We will see what will happen, but he’s still an important player for us and it’s all good.”

Victory over Derby, and passage into the last 16, meant Liverpool have now won five of their seven matches this term, with the 2-0 defeat at Burnley the only black mark against their record.

They have scored 19 goals so far, from 10 different players—compared to five over the first seven matches last season—and appear to be gathering momentum with three successive wins and a five-game unbeaten run.

“The pleasing thing is that I don’t feel anything,” Klopp said.

“It’s not that we are surprised and think, ‘Okay, let’s take a week’s break and celebrate it’.

“We had the games, we played them, we are professionals.”