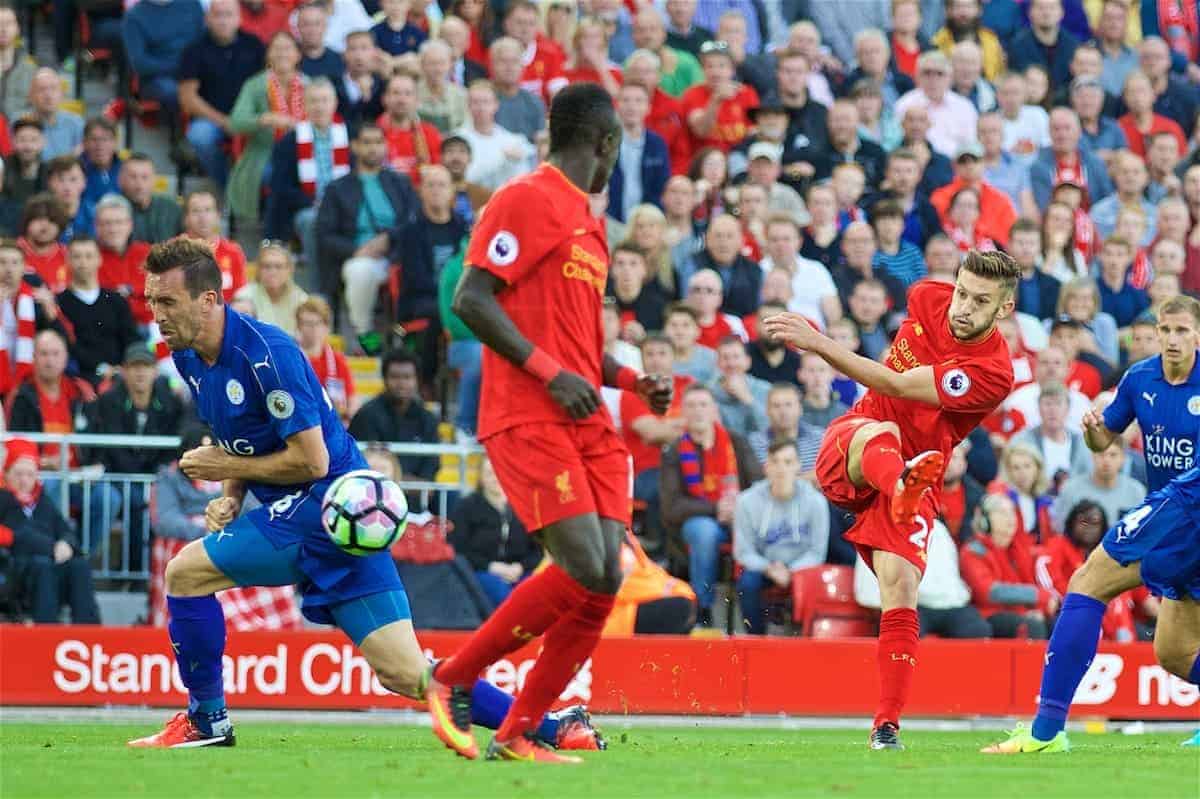 Few players embody Klopp’s Liverpool more than Lallana: hard-running and tactically flexible, the 28-year-old has confounded expectations on a number of occasions already under the German.

The former Southampton man has come a long way from collapsing in his new manager’s arms when substituted during last October’s 0-0 draw away to Tottenham Hotspur, and looks to have successfully navigated the signing of a direct rival for his starting role in Sadio Mane.

Moving into a new position for 2016/17, Lallana has started the season in excellent form, and this was on show during Saturday’s win over Leicester.

Scoring the Reds’ third on the night, powering an unstoppable shot past Kasper Schmeichel and into the top corner, the midfielder continued a fine run of performances.

Lallana has now scored three goals and laid on another in six games for club and country this season, with Saturday’s strike the 100th Liverpool goal since Klopp’s appointment in October.

This neatly underlines both Lallana’s importance to the 49-year-old’s squad and his growing efficiency in front of goal.

Roberto Firmino made it 101 later on at Anfield, and the Brazilian is the Reds’ leading goalscorer over the 57 games Klopp has overseen so far, with 14.

Philippe Coutinho and Daniel Sturridge are just behind on 13, with Divock Origi the only other player to reach double figures, scoring 11.

Lallana’s influence is arguably found in other areas than goalscoring, however, and this was seen as he broke the record for distance covered by a player in the Premier League in 2016/17.

Having run 12.5km in August’s 1-1 draw with Spurs, Lallana covered 13.1km in Liverpool’s first game at the new-look Anfield.

This is comfortably more than any other player in the English top flight so far this season, with Lallana’s industry in Klopp’s three-man midfield an indicator of his significance.

Pairing this with a new-found end product in front of goal, Lallana looks set to become one of the Reds’ most important players this season.

Two years after making the £25 million move from Southampton to Merseyside, the No. 20 is justifying his lofty price tag.