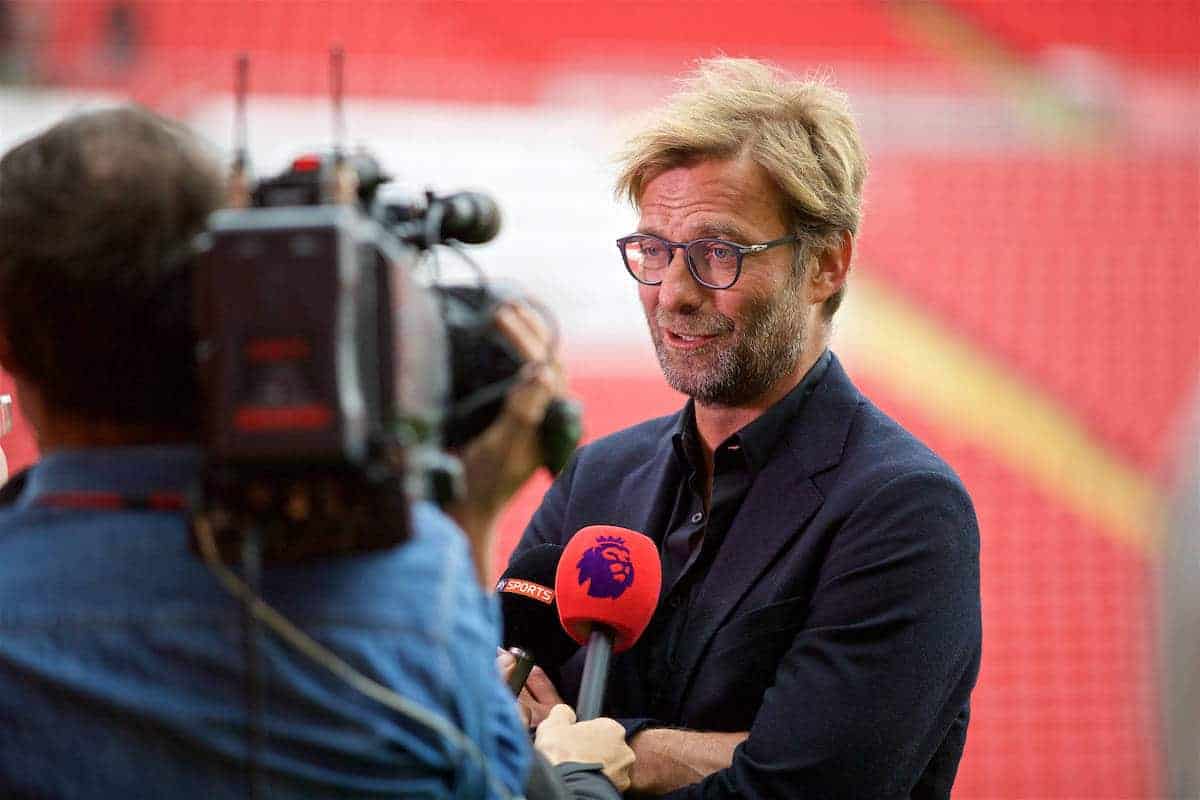 Jurgen Klopp has welcomed the expansion of Anfield’s Main Stand, saying he is hoping to use the “power” provided by 8,500 more supporters.

Major improvements have been made to Liverpool’s stadium over the summer, with co-owners John W. Henry and Tom Werner overseeing redevelopment work that has reinvigorated Anfield.

The pair will be present at the club’s press unveiling on Friday along with Klopp, before watching the Reds take on Leicester City in Saturday’s Premier League clash.

Henry and Werner will no doubt echo Klopp’s positive response to the Main Stand expansion, with the German telling reporters on Thursday that it would give his side “more power” to use in home clashes.

“The day before yesterday was my first time at Anfield since the Chelsea game [in May],” he explained at Melwood.

“It’s really impressive. An outstanding job, when you stand in front of it—it’s really amazing.

“It’s a good place, a good moment, the champions coming.

After taking four points from their first three league games away to Arsenal, Burnley and Tottenham Hotspur this season, Liverpool will be looking to lift that to seven on Saturday.

The backing of the Main Stand will aid this, with Klopp hoping to harness Anfield’s intimidation factor against Claudio Ranieri’s Leicester.