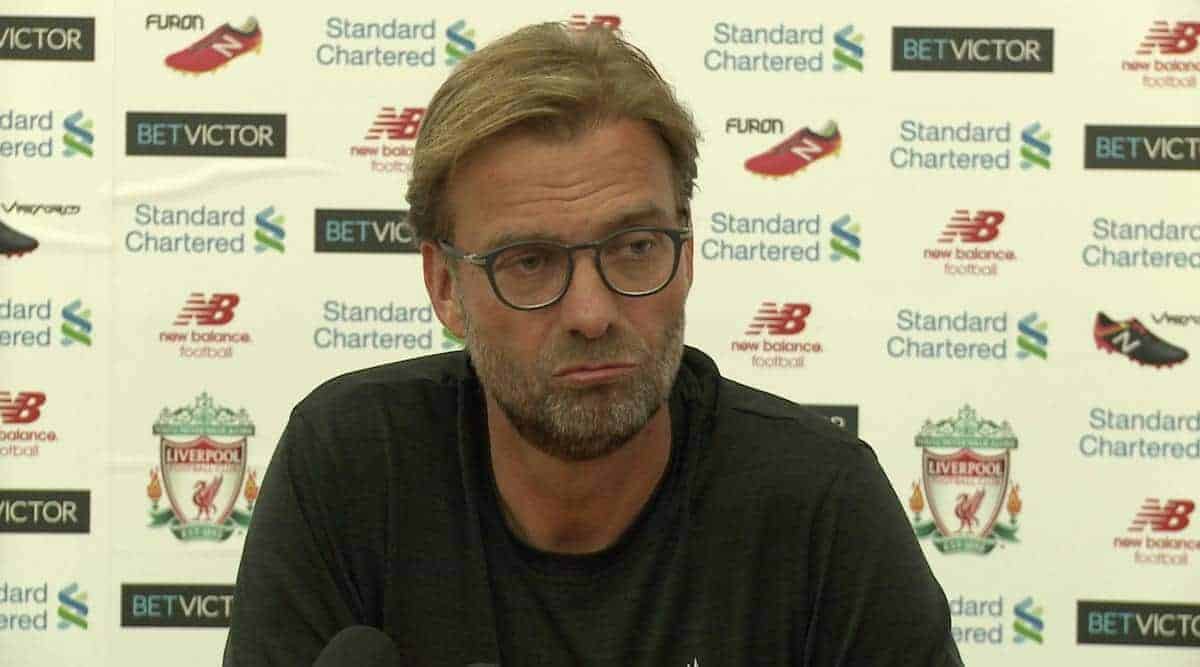 The Reds take to Pride Park on Tuesday night, looking to advance beyond the third round of the competition at the expense of Nigel Pearson’s Rams.

Questioned about his likely team selection for the tie, Klopp insisted he would field a “strong lineup,” before confirming that Firmino would be available for selection.

Furthermore, while Sakho is “still working” towards full fitness, Klopp praised the bright start of summer signing Matip, saying “there was never a doubt about his quality.”

Klopp was also asked about his ambitions for the League Cup, stressing that “it only makes sense if you’re part of a competition to aim to win it.”

“We have a really competitive game against a really strong side,” he said.

“We don’t say every day we want to win the League Cup, but we showed last year [reaching the final] it’s good to be a part of it.

“We want to do it again, the final was a great experience, but it’s only really great when you win it.”

Klopp also addressed Derby’s shaky start to the season, but insisted that they could use this pressure-free clash to “turn it around.”

“The biggest difference between first and second division is often consistency,” he explained.

“They play a league lower but that means on their best day they’re a Premier League team. They have the same attitude.

“I don’t go into the dressing room and say ‘don’t forget your attitude’. We want to win it.”