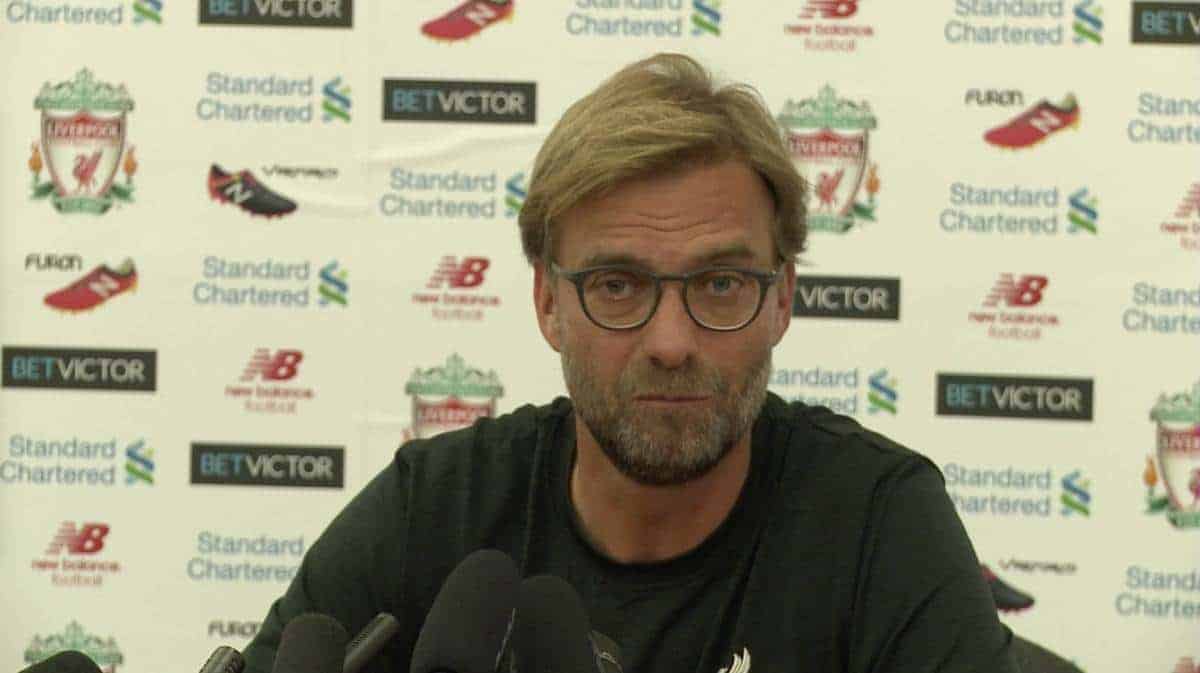 The Reds welcome Hull to Anfield just four days after securing a 3-0 victory away to Derby County in the League Cup, and with four wins in their last five games, will be in a confident mood.

Klopp has steered his side to sixth in the league table at this stage in the season, level on points with Arsenal and Chelsea in fourth and fifth respectively.

Victory over Mike Phelan’s Tigers is of paramount importance, and speaking to reporters on Thursday morning, Klopp cut a positive figure.

The German relayed positive news over the fitness of Adam Lallana, Georginio Wijnaldum and Daniel Sturridge, who all missed out against Derby but should return at Anfield.

He also discussed the decision facing him over his goalkeeper for the clash, though he stressed if he opted for either Loris Karius or Simon Mignolet between the sticks, this would not inform “the next five years.”

Klopp went on to call for a “special atmosphere” at each game, regardless of the level of opposition, ahead of what is largely perceived as a lesser clash against Hull.

“We have to have the right mindset, work, move and create moments, then we can score,” he explained.

“If everyone gives it for 90 minutes, the chance is much bigger. We should do it.”

Also on the agenda was the notion of Liverpool as a selling club, which proved to be something Klopp rejected emphatically.

“Nobody calls us and says ‘sell, we need money’,” he added, “but it’s about finding the right squad.”