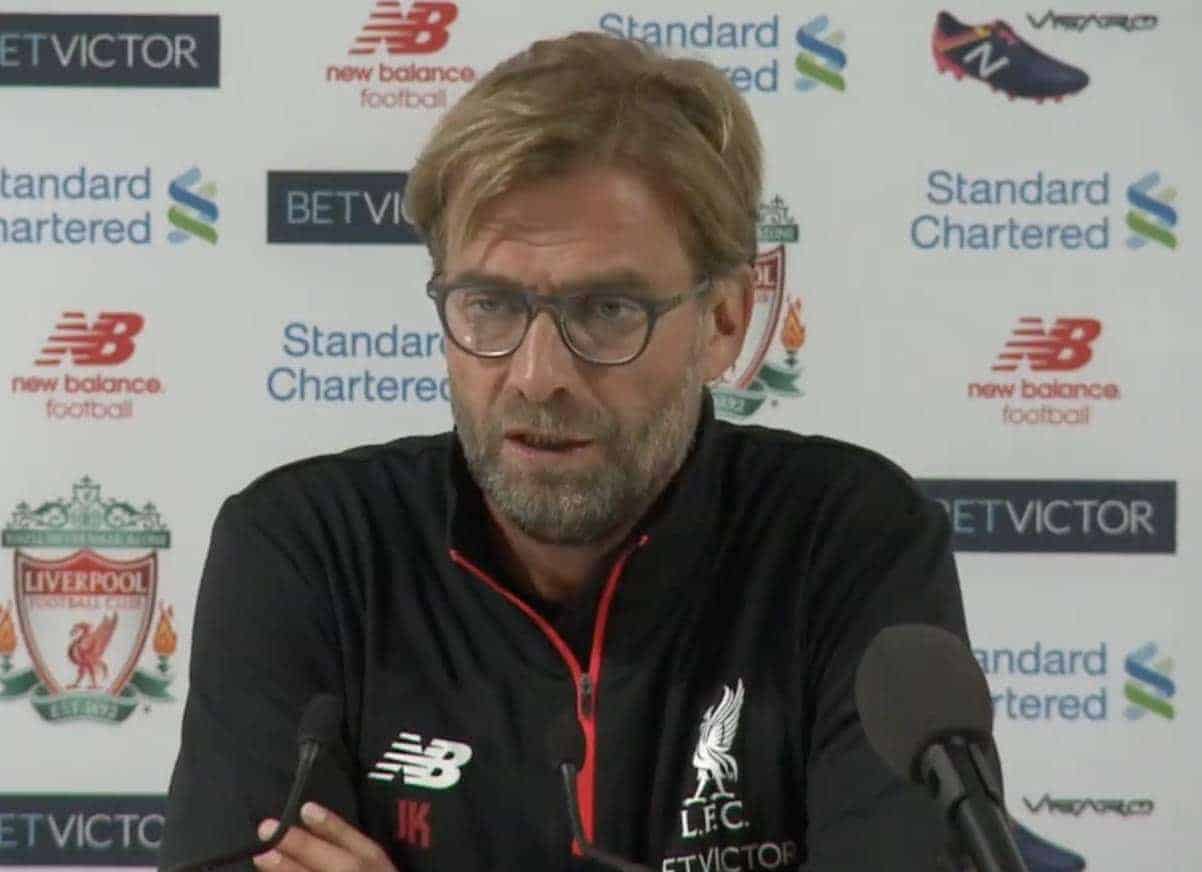 Jurgen Klopp was full of praise for his Liverpool side after their 5-1 mauling of Hull City on Saturday afternoon.

The German witnessed another emphatic home display from the Reds, with goals from Adam Lallana, Philippe Coutinho, Sadio Mane and a brace of James Milner penalties sealing the three points.

This result saw Liverpool react to a strong victory for rivals Manchester United earlier in the day, leaving them third in the Premier League table.

Addressing reporters at Anfield after the game, Klopp said “that’s how football should be.”

“The most impressive thing today was the counter-pressing,” he said, after the likes of Lallana, Mane, Georginio Wijnaldum and Roberto Firmino penned Hull into their own half throughout.

“I think it was the best game in counter-pressing that we played until now. Winning the ball back in these moments is really important.”

However, Klopp insisted he was not wholly content with his side’s performance, saying “in the second half we were good, but not brilliant for 95 minutes.”

The German also addressed further problems with exiled centre-back Mamadou Sakho, following the Frenchman’s social-media outburst in the early hours of the morning, saying it was “not positive,” particularly on a matchday.

Later on, Klopp praised the application of Alberto Moreno in training at Melwood, saying the Spaniard had been “one of the best players in training in the last two weeks.”

But with Milner in such great form at left-back at present, helping to fuel what was an exceptional performance for the Reds, it seems unlikely Moreno will be forcing his way back in any time soon.

Liverpool next take on Swansea City, travelling to the Liberty Stadium for a 12.30pm kickoff (BST) on October 1.