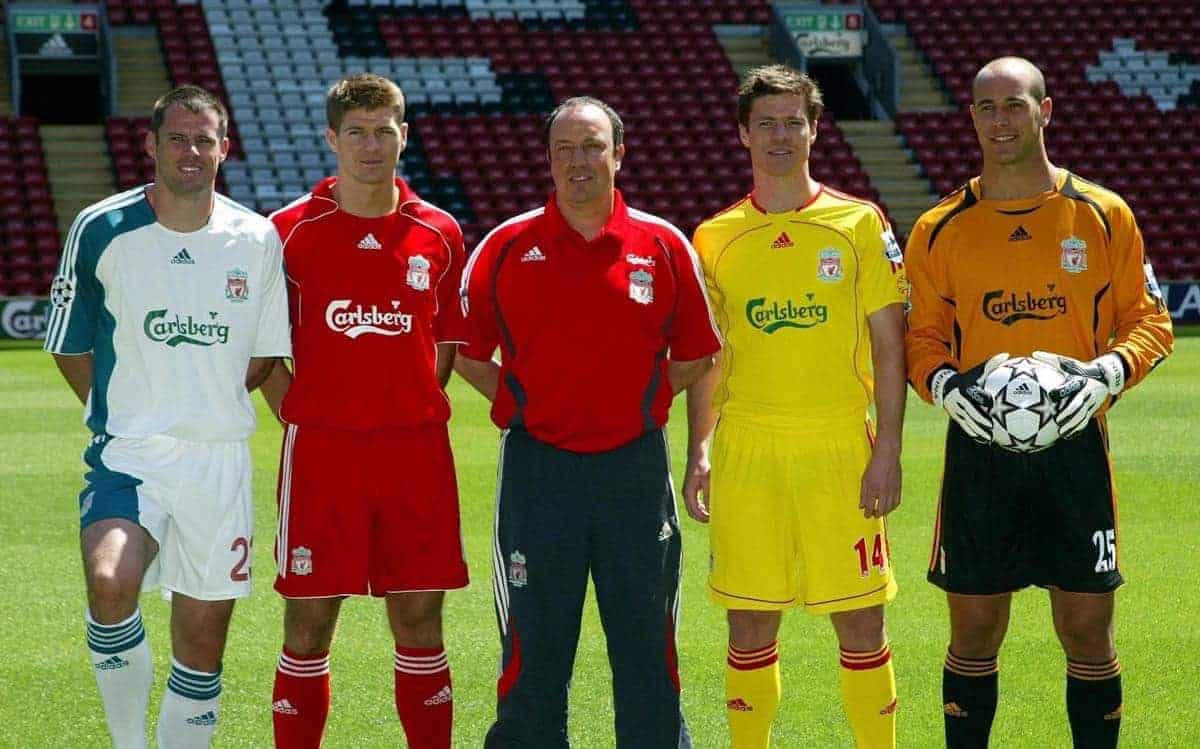 This is pretty good – former Reds Jamie Carragher and Jamie Redknapp pick their best XI of players to have played for Liverpool in the Premier League era.

We’ve all theorised over all-time XIs of this nature, and the two legends have the same problems any fan would have in trying to accommodate all the attacking talents in particular.

The goalkeeper and most of the back four picks itself, with Pepe Reina, Rob Jones, Sami Hyypia and Carragher easy selections. Left-back proved a little less easy to select but eventually they go for John Arne Riise.

In midfield, Steven Gerrard and Xabi Alonso get the nod, meaning no room for Redknapp himself or Javier Mascherano. John Barnes and Steve McManaman are named out wide.

Up front, the two Jamies partner Robbie Fowler alongside Luis Suarez, leaving out Michael Owen and Fernando Torres, with Carragher saying: “One went to Man United and one went to Chelsea – so f**k them!” What would you Premier League XI be? Let us know in the comments.