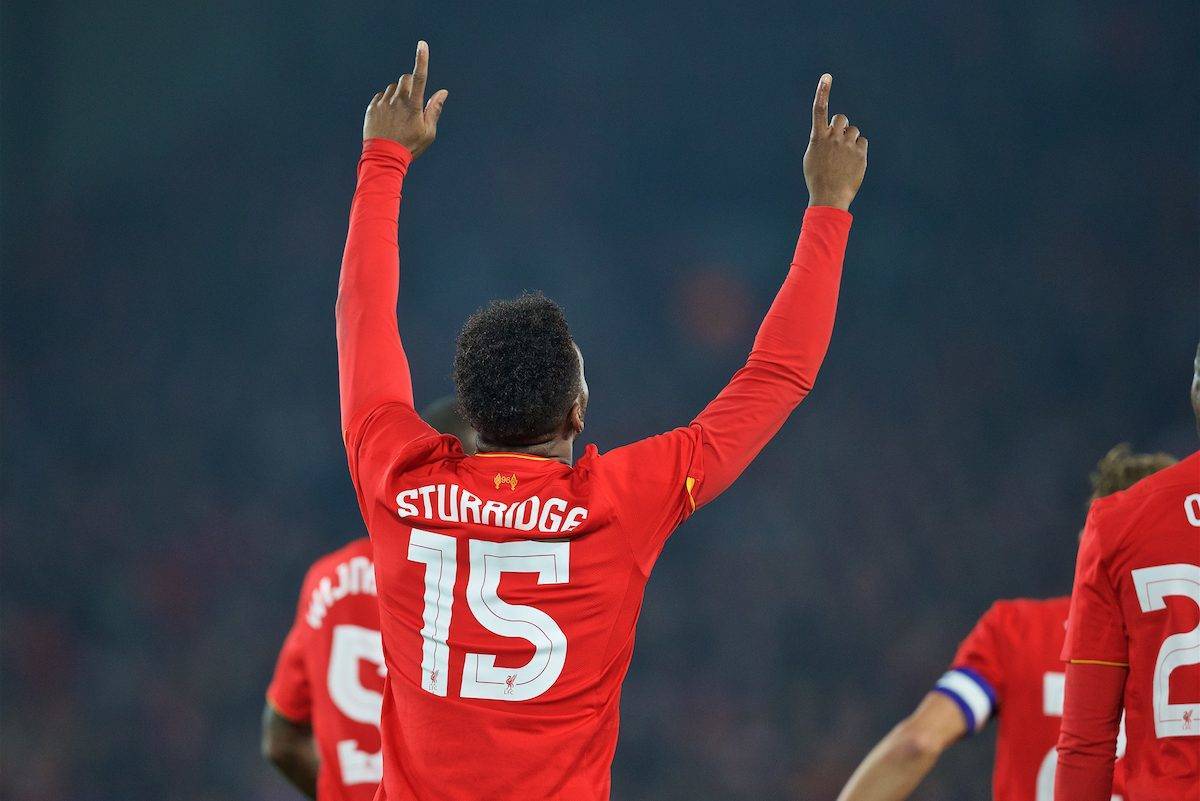 Two goals from an inspired Daniel Sturridge sealed a convincing victory over Tottenham in the League Cup round of 16.

The England striker, who has assumed a peripheral role under Jurgen Klopp this season, responded to his demotion to second-choice centre-forward with a barnstorming display under the Anfield lights.

Sturridge netted both goals in a 2-1 victory, though the scoreline undersold Liverpool’s dominance on the night, with excellent performances across the park.

Named This is Anfield’s Man of the Match at full-time, Sturridge received a rating of 9, outshining Simon Mignolet, Georginio Wijnaldum and Divock Origi, who were all given 8s.

This was also reflected as supporters provided their ratings, with Sturridge’s performance deemed an 8.7.

Alexander-Arnold was deployed at right-back, and his defensive colleagues Lucas Leiva (6.7), Ragnar Klavan (6.3) and Alberto Moreno (6.7) seemingly failed to impress, with Klavan rated the lowest of any Liverpool player to feature on the night.

This perhaps unfairly paints the result as the fruit of two dominant performances—from Origi and, in particular, Sturridge—with Mignolet, Wijnaldum, Stewart, Ejaria and Lucas all in fine form.

But Sturridge certainly deserves recognition, on a night where he showcased his talents once again.