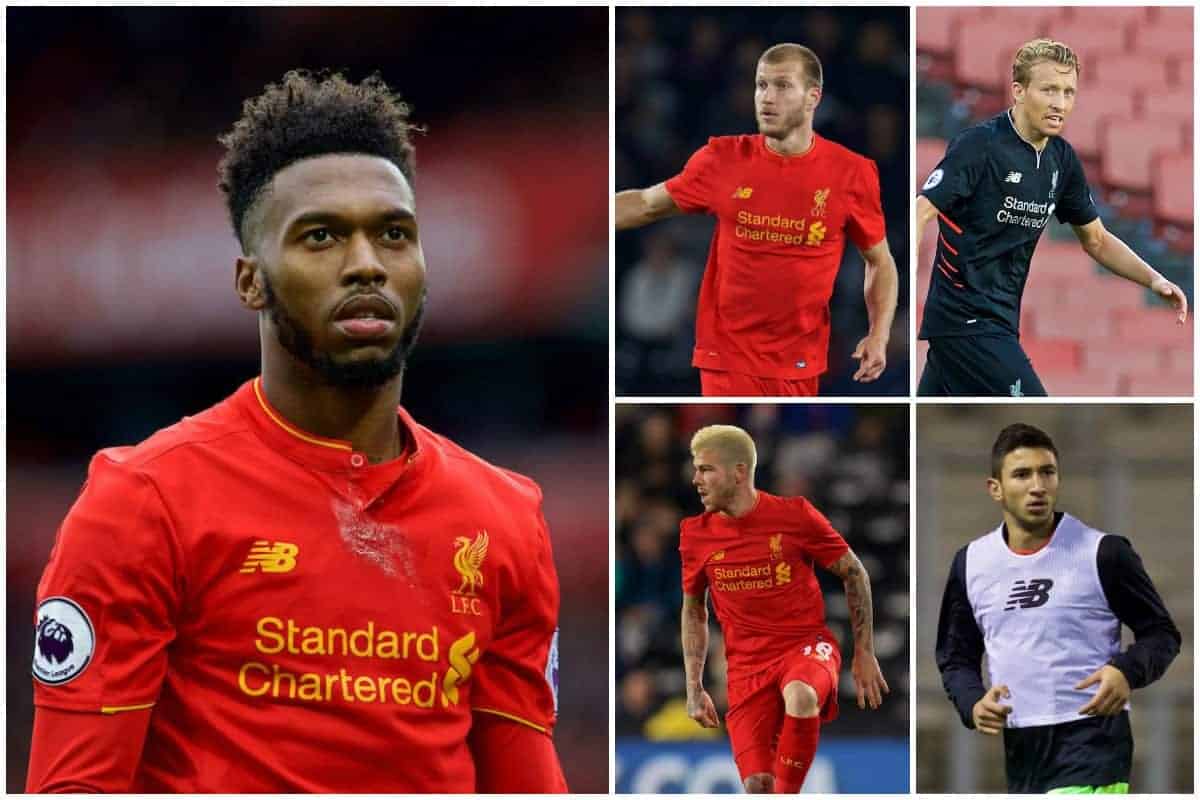 Jurgen Klopp could ring the changes for Liverpool’s League Cup clash with Tottenham Hotspur on Tuesday, with numerous fringe players eyeing a start.

The Reds welcome Spurs to Anfield for the first time this season, in what could be a hugely entertaining contest between two classy outfits.

Both Liverpool and Spurs are exciting young teams, and victory for either would see them reach the League Cup quarter-finals.

Despite the game’s importance, certain key players are expected to be left out of Tuesday night’s game, such is the need for rotation in the modern game.

Here are five Liverpool players who could stand a good chance of featuring from the start against Mauricio Pochettino’s men. Alberto Moreno‘s poor showing at Arsenal on the opening weekend feels like a distant memory now, such has been the superb form of James Milner at left-back.

The young Spaniard has only made one start for the Reds since then, away to Derby County in the last round of the League Cup, but Jurgen Klopp has been impressed with his performances in training.

Given Milner’s advanced years, it makes total sense to give him the night off against Spurs, with Moreno slotting back into the side.

While the 24-year-old has proved to be a weak link numerous times for Liverpool, some of the reaction regarding his ability has been hyperbolic.

He is a talented footballer whose pace and link-up play down the left can be a potent weapon—perfectly highlighted by his goal against Spurs back in 2014.

Hopefully, Moreno’s time out of the team will have given him extra motivation, and Tuesday would be the right time to give him a start. The centre-back partnership of Joel Matip and Dejan Lovren has really started to blossom in the last month, and there is an argument to stick with them both against Spurs.

At least one could do with a rest ahead of Saturday’s tough trip to Crystal Palace, though, and Ragnar Klavan is the perfect man to come in.

The Estonian hasn’t featured since the 5-1 win over Hull City on September 24, when he impressed, and unlike fringe players of the past at Anfield, he feels like a reliable figure to bring in.

With Mamadou Sakho frozen out, this will be a great opportunity for the 30-year-old to cement his place as third choice behind Matip and Lovren.

Klavan was seemingly always signed as something of a backup for Liverpool, and it is nights such as Tuesday that he will likely have been pencilled in as a starter by Klopp. As has been the norm over the last three or four years, Lucas Leiva looked set to leave Liverpool in the summer, but ended up staying against all odds.

This is the Brazilian’s 10th season as a Reds player, but it has become increasingly clear that he will be used sparingly throughout the campaign.

Klavan is ahead of him in the centre-back pecking order, while Jordan Henderson, Georginio Wijnaldum and Emre Can all offer far more in midfield.

Henderson picked up his fifth yellow card of the season at home to West Bromwich Albion on Saturday evening, however, with Klopp required to find a replacement for his suspended captain.

The worry with bringing in Lucas is his lack of legs against a sprightly Spurs outfit, but his positional sense and general experience mean it shouldn’t be an issue.

With no European football at Anfield this season, keeping his entire squad happy will be one of Klopp’s biggest challenges.

Lucas will be as desperate as anyone for some game time, and it would be a surprise if he didn’t start against Spurs.

It’s easy to forget that Marko Grujic enjoyed such an eye-catching pre-season, leading to many supporters picking him in their best possible Liverpool lineup ahead of the new season.

As it happens, the giant Serb has barely made an impact to date, making just one start in the League Cup and three appearances in total.

Grujic has been left to turn out for the Liverpool Under-23s, making his debut for Michael Beale’s side against Manchester United, with the likes of Henderson, Wijnaldum and Adam Lallana undroppable in the middle of the park.

Tuesday could be the chance to give him his first ever start at Anfield, however.

There would be a certain risk element involved, especially if Lucas also starts—a lot will be dependant on how strong Spurs’ midfield is—but Grujic possesses a calm head on young shoulders.

With no European action on the horizon, and FA Cup commitments not getting underway until January, players like Grujic need to be blooded in the League Cup. Twelve months ago, the prospect of a fit-again Daniel Sturridge playing the part of squad player at Liverpool was unthinkable.

Such has been the brilliance of Sadio Mane, Philippe Coutinho and Roberto Firmino in Klopp’s front three in attack, it has been impossible to leave any of the trio out for key games.

Sturridge will have been bitterly disappointed not to feature at all against West Brom on Saturday, but Tuesday is made for him to come in and prove his worth.

At least one of Mane, Coutinho and Firmino is likely to be rested, and Sturridge will be hungry to show Klopp what he is capable of.

There is an argument to bring in Divock Origi ahead of Sturridge, but the young Belgian has struggled this season, and cannot be relied upon as much against an excellent Spurs side.

Klopp could start both strikers, with Sturridge starting in a right-sided role, but there would be question marks about a lack of balance.

Sturridge remains a sublime talent, and he has the self-confidence to believe he can prove the doubters wrong on Tuesday.