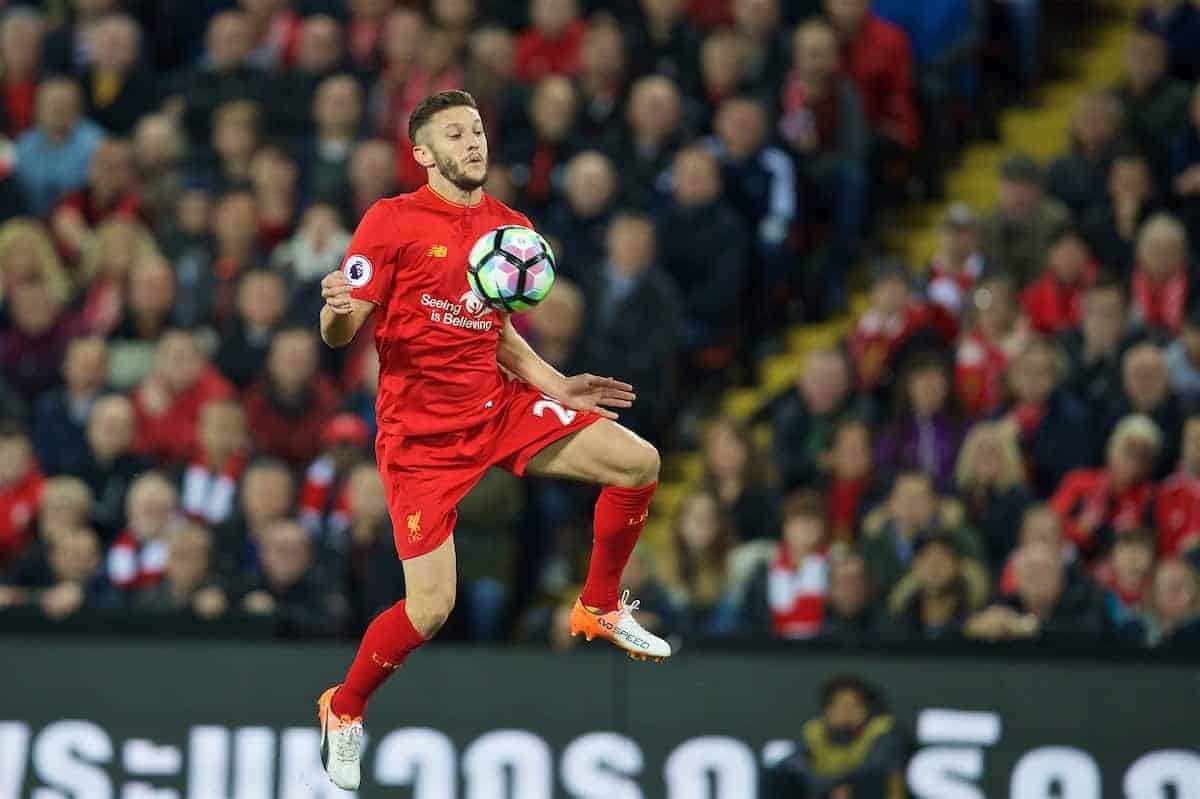 Adam Lallana brought up his Liverpool century on Sunday and admitted “time flies when you’re having fun.”

The 2-1 win over West Brom at Anfield was Lallana’s 100th appearance for the Reds, a notable landmark for the former Southampton player.

Having initially struggled for consistency under Brendan Rodgers, the 28-year-old has become a cornerstone of the Jurgen Klopp regime.

The German’s all-energy approach has played to the England international’s strengths and he is relishing linking up with the likes of Philippe Coutinho, Sadio Mane and Roberto Firmino.

“Time flies when having fun and doing what you love,” said Lallana.

“I’m just delighted to be playing in a team that’s doing well. When I first joined it was a different manager and lots of different personnel, but football clubs move on.

“Looking at the squad we’ve got dynamic players, technical players, quick players, clever players…on another day it could have been three or four nil against West Brom.

“We work for each other and we’ve just got to be consistent.

“But we did enough to get the win and that was the main thing.”

Lallana also felt the result against Albion made good on a battling point against rivals Manchester United five days earlier.

“I thought we did well on Monday night and talking among the players we were disappointed not to win,” he said.

“So it was important to back that up and, for me, that makes the point on Monday a very good one. Three points is massive for us.”

The Reds have now taken 17 of the last 21 on offer and have established themselves among the Premier League pace-setters. “I think they’ll be one of the teams…they’re doing alright,” was the low-key assessment of the former Red Devil.

“Whether they can go and win the league remains to be seen. Obviously they’ve started the season well but there’s a long way to go.

“Leagues aren’t won in October and November, they’re won March to May. There’s a long, long way to go.”

Fletcher went on to suggest there was a method to overcome Klopp’s favoured high press, and bemoaned the fact the Baggies did not adopt it earlier.

“[The press] is hard but you know it’s coming. You can get success if you can play out and miss that press,” said the Scot.

“Once you play it square two or three times it’s suicidal because as soon as they lose it they bunch together in fives and sixes.

“Can you get to break the line? If you do you almost bypass five or six of them.

“We did that better in the second half. From 2-0 down, some teams might roll over here but we stuck to the task.”