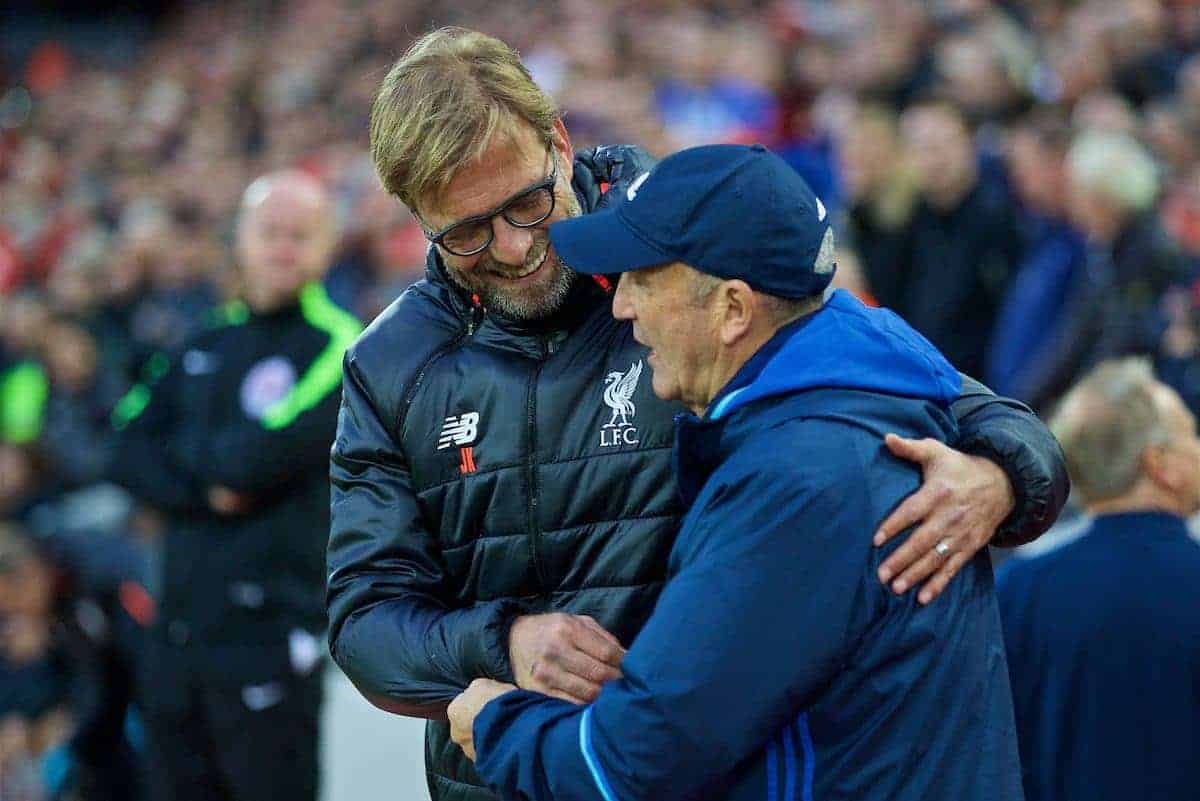 West Brom boss Tony Pulis was full of praise for Liverpool after they defeated West Brom at Anfield on Saturday night, saying the Reds will challenge for the title this season.

Goals from Sadio Mane and Philippe Coutinho in the first half gave Liverpool the three points, moving them to joint top of the Premier League table, before another goal conceded off a set piece made it a nervy ending.

What was most pleasing from a Liverpool perspective was the fluidity of the Reds’ attack, with Mane, Coutinho and Roberto Firmino expertly interchanging.

Pulis said was it was “very difficult” to defend against Liverpool’s front five.

“They’re a good side, their front five are as good as anything in the league,” said the Baggies boss.

“This team has a chance (to win the league) this year. They have a free run at it (with no Europe).

“Last time (that was the case) they came close with Brendan, he had a free run. This team has a chance.”

Pulis suffered defeat in the league against Liverpool for the first time since 2011, having drawn four and won one of the previous five encounters against the Merseysiders.