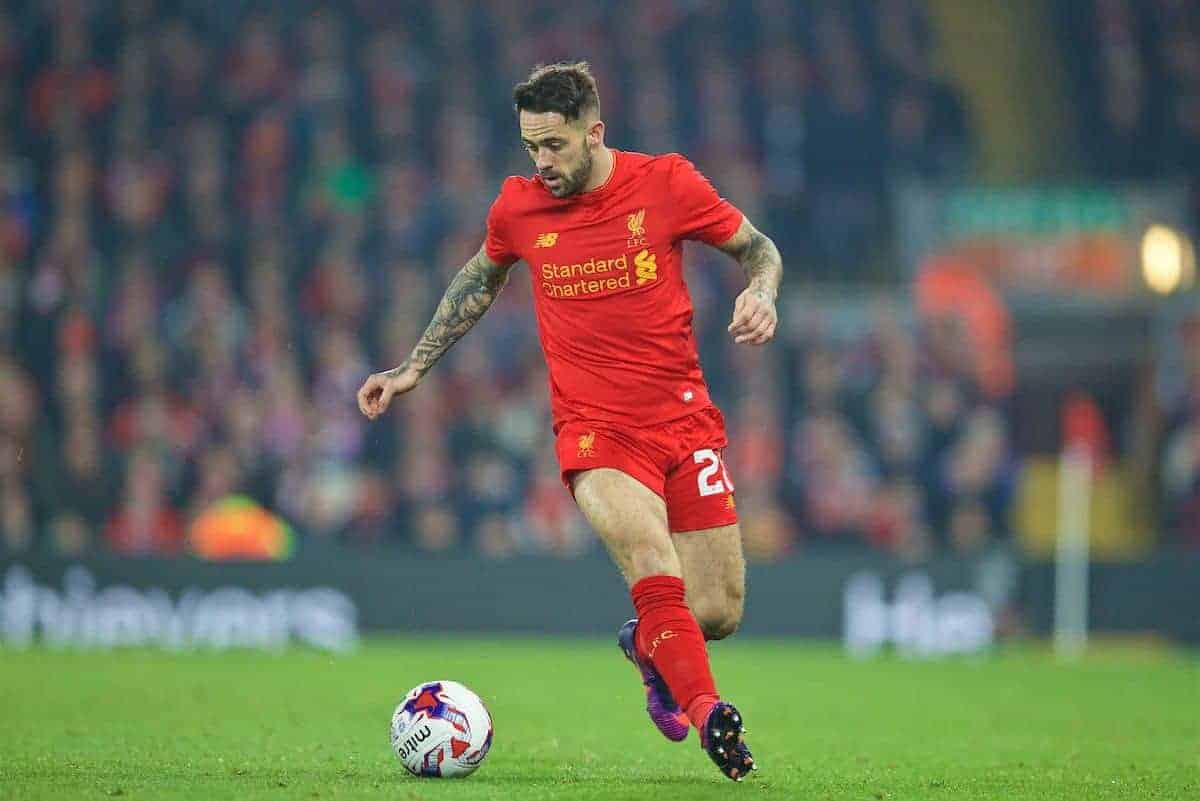 Reports emerged on Wednesday that Ings has suffered another serious knee injury – one that rules him out for between seven and nine months, according to Jurgen Klopp.

It is another cruel blow to the 24-year-old, who managed just nine appearance last season due to a cruciate ligament injury suffered in October 2015.

Ings is widely seen as one of Liverpool’s most likeable players, due mainly to his outgoing personality and admirable off-field work.

Because of this, Reds fans have reacted with great sadness to the news on social media, with many wishing the striker a speedy recovery.

Devastating news for Danny Ings. His season is over due to knee injury. Another cruel blow to a top striker and a lovely fella. #LFC

That Danny Ings news is horrible, absolutely gutted for him.

Football can be very, very cruel. So gutted for Danny Ings.

Feel awful for him. Absolute gun of a player who always makes the most of his opportunities and seems to have a terrific attitude. Get well soon Danny.

Absolutely gutted for the lad, money aside you can see all he wants to do is play footy and get his first team chance.

Horrible news about @IngsDanny ruled out for the season again with a new knee injury. Poor guy, absolutely gutted for him. Terrible luck.

This is genuinely heartbreaking https://t.co/Skt7752dRM

Gutted for Ings, worked his socks off in rehab last season and now ruled out again.

I’m genuinely gutted for him. I thought he could’ve turned into a great player under Klopp.

Poor Danny Ings. Both knees injured in 2 years? Very, very tough for his career to ever be the same now.

one of the nicest lads in football, gutted for Danny ings, absolute legend???? pic.twitter.com/T8R02voosJ

Gutted for Ings. All that work to reach a point where he was fit and sharp and he's back to square one. Big strain on the mental side, that.

Absolutely gutted for @IngsDanny. A top player, professional and person who deserves better luck. But he'll be back.

Danny Ings. Probably not going to have a serious playing career at LFC, entirely through no fault of his own. Poor fella. Heartbreaking.