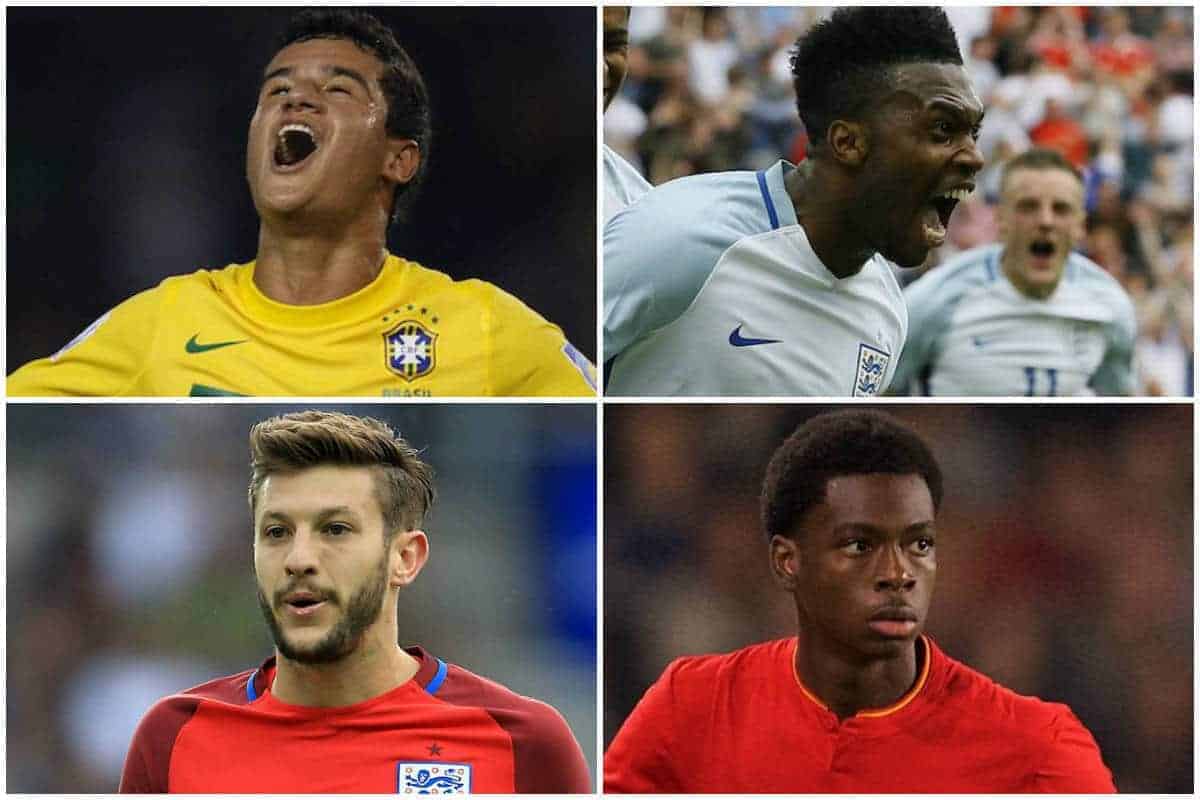 Jurgen Klopp‘s Liverpool stars showcased their club form on the international stage as the first games of the November break played out.

Twelve of Klopp’s senior players, as well as two loanees and a host of youngsters, were called up to represent their countries in qualifiers and friendlies this month.

With many set for two, or three, outings during the domestic interval, the first of those saw some promising displays that mirrored the success the Reds are currently enjoying on the pitch in the Premier League.

Jordan Henderson, Adam Lallana and Daniel Sturridge were all in action as England sealed a 3-0 World Cup qualifier victory over rivals Scotland on Friday evening, with Nathaniel Clyne an unused substitute.

Both Lallana and Sturridge found the back of the net, beating Craig Gordon with a header each, while Henderson played out the full 90 minutes in an assured midfield showing in his new deep-lying role.

In another major rival clash, Brazil sealed their own 3-0 victory over Argentina on Thursday night, with Philippe Coutinho scoring the opener with a powerful long-range drive.

Roberto Firmino came on as a substitute as Tite’s Selecao continued their push for the World Cup in 2018.

One of the first clashes of the break came on Wednesday night, pitting Simon Mignolet‘s Belgium against Georginio Wijnaldum‘s Netherlands, with both starting in a 1-1 draw.

Divock Origi was an unused substitute at the Amsterdam Arena, with goals coming from Davy Klaassen and Yannick Carrasco.

Also left on the bench was Marko Grujic, who joined up with the Serbia U21s despite a minor injury at the beginning of the break, sitting out as his side sealed a 2-0 European U21 Championship qualifying win over Norway U21s.

Grujic’s injury was not believed to be serious, and the 20-year-old is likely to feature when the young Serbs travel to Drammen for the return fixture on November 15.

More successful on the youth international stage, however, was Ovie Ejaria, who scored his second goal in an England shirt as Paul Williams’ U20s turned out in the Continental Cup in South Korea.

After disappointingly missing out on their opening 8-1 victory over Nigeria U20s, the nation he had previously pledged allegiance to, Ejaria started in a 2-1 defeat to the hosts on November 10.

The 18-year-old midfielder scored the Young Lions’ only goal, with his effort from outside the area beating goalkeeper Bumkeun Song via a wicked deflection, adding to Ejaria’s first strike against Germany in October.

He was also on the substitutes bench as his side defeated Iran 4-1 on Saturday morning.

Ryan Fulton was left frustrated as the Scotland U21s fell to a 4-0 defeat to Slovakia U21s on Wednesday evening, while Kamil Grabara suffered a similar fate in the Poland U18s’ 2-0 loss to England U18s on Thursday.

Both, however played the full 90 minutes, as did Trent Alexander-Arnold, who started at right-back in the England U19s’ 2-0 win over Luxembourg U19s in Rhyl on Thursday evening.

Ben Woodburn was another youngster to make his first outing of the break, coming off in injury time in the Wales U19s’ 2-0 loss to Greece U19s, with the striker set to take on Alexander-Arnold in their next clash on November 12.