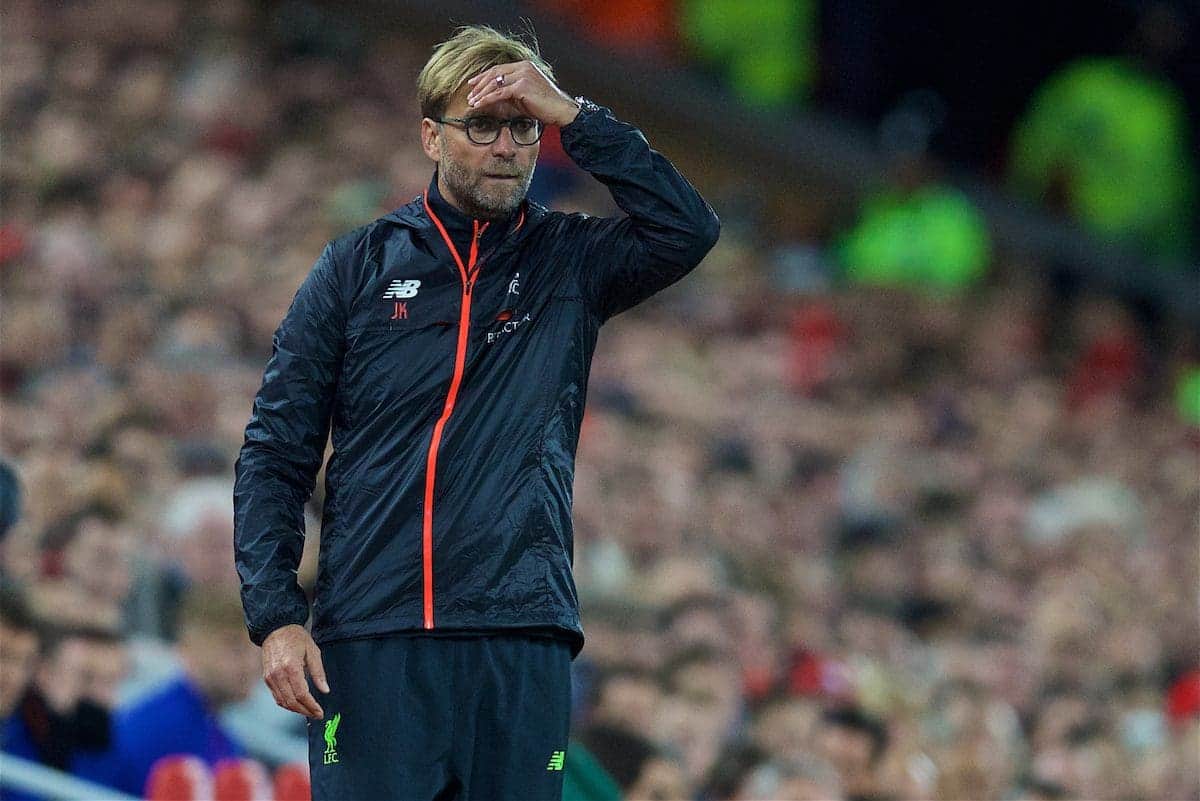 With Danny Ings ruled out for the season and Sadio Mane set for the Africa Cup of Nations, Jurgen Klopp says he could sign a winger this January.

Ings suffered his second serious knee injury of his Liverpool career this month, with the 24-year-old ruled out for up to nine months.

This comes as a major blow to Klopp’s plans, with the German insisting on Friday that Ings had been “very close” to his starting lineup following his recovery from a previous knee problem.

He would likely have been afforded considerable game time in January, with Mane to depart for the Africa Cup of Nations with Senegal, with the tournament running from January 14 to February 5.

Now, if Senegal progress to the final, Klopp could be without both attackers for key Premier League fixtures against Man United (January 15), Swansea City (January 21), Chelsea (January 31) and Hull City (February 4), as well as a possible League Cup semi-final should the Reds beat Leeds United in the quarter-final later this month.

As a result, Klopp has explained his plans for possible reinforcement in the January transfer window.

“We watch the market all the time and we need to be prepared for different situations and one of them is injuries,” he said.

“The Africa Cup of Nations we already knew about so we don’t need to be influenced or surprised about that but it could be a moment when we approach the market.

“It’s not about how many strikers. Three strikers is enough, I think.

“But when Sadio is away we will be without a winger. We do not have many wingers, I would say.

“Roberto Firmino could play as a kind of a winger which would then give us just two strikers.

“That’s how it is. But it is a long way to go until January and that month is busy.

“If we can go to the semi-final of League Cup it could be the busiest month of the year. We need to be prepared for this for sure.”

One option mooted for a potential January pursuit is Borussia Dortmund teenager Christian Pulisic, who was the subject of a failed £11 million bid from Liverpool at the end of the summer.

The 18-year-old has been in fine form for Klopp’s former side so far this season, scoring two goals and laying on five assists in 11 appearances in all competitions.

Despite the strength of Thomas Tuchel’s squad, Pulisic has started five of his seven Bundesliga appearances, including most recently in the Revierderby against Schalke 04.

Pulisic is one of the most promising young stars in world football, and it would likely take a bid of much higher than £11 million to prise him from the Westfalenstadion in January.

Klopp does has one in-house option in Sheyi Ojo, however, with the 19-year-old—his only other natural winger with first-team experience—recently returning to outdoor training following a back injury.

With Ings sidelined and Mane bound for Gabon, Ojo could provide a tempting short-term solution on his recovery.