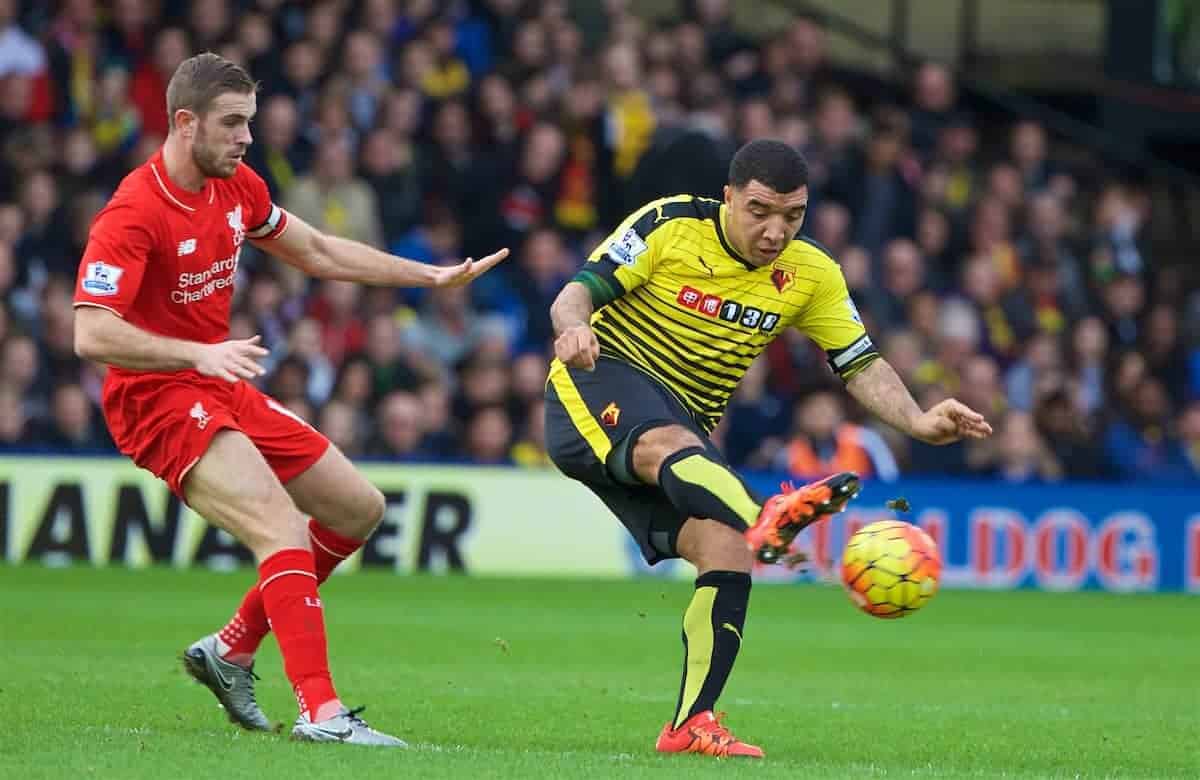 Liverpool’s latest Premier League challenge sees them host Watford at Anfield on Sunday—here’s everything you need to know about the Hornets heading into the match.

On the road: Two wins, two draws and one defeat.

Started the season in a 4-3-3, but Walter Mazzarri has quickly switched to his preferred system, a 3-5-2. Midfield runners from deep provide power and numbers going forward, and if Isaac Success is fit to start he has lots of pace and a ton of unpredictability.

Valon Behrami is the most defensive-minded of Watford‘s midfielders, and he’ll be tasked with sitting deep, scrambling about trying to stop the Reds playing through the gaps and making big tackles. He can be wild at times, overly aggressive and rash, but he can also launch accurate passes from deep and lift the entire team with his determination.

For Liverpool, take your pick from any of the creative schemers who are always on the move, but Coutinho’s recent form has been unstoppable and he’s most likely to exploit gaps between the centre-backs on the side and the wing-backs.

Janmaat and Amrabat are fighting for the right-sided slot, while Roberto Pereyra has edged ahead of Adlene Guedioura in midfield of late. Up front it’s between Success (if fit) and Odion Ighalo to partner Deeney.

Yasser Larouci lands in Ligue 1 after 4 years at Liverpool