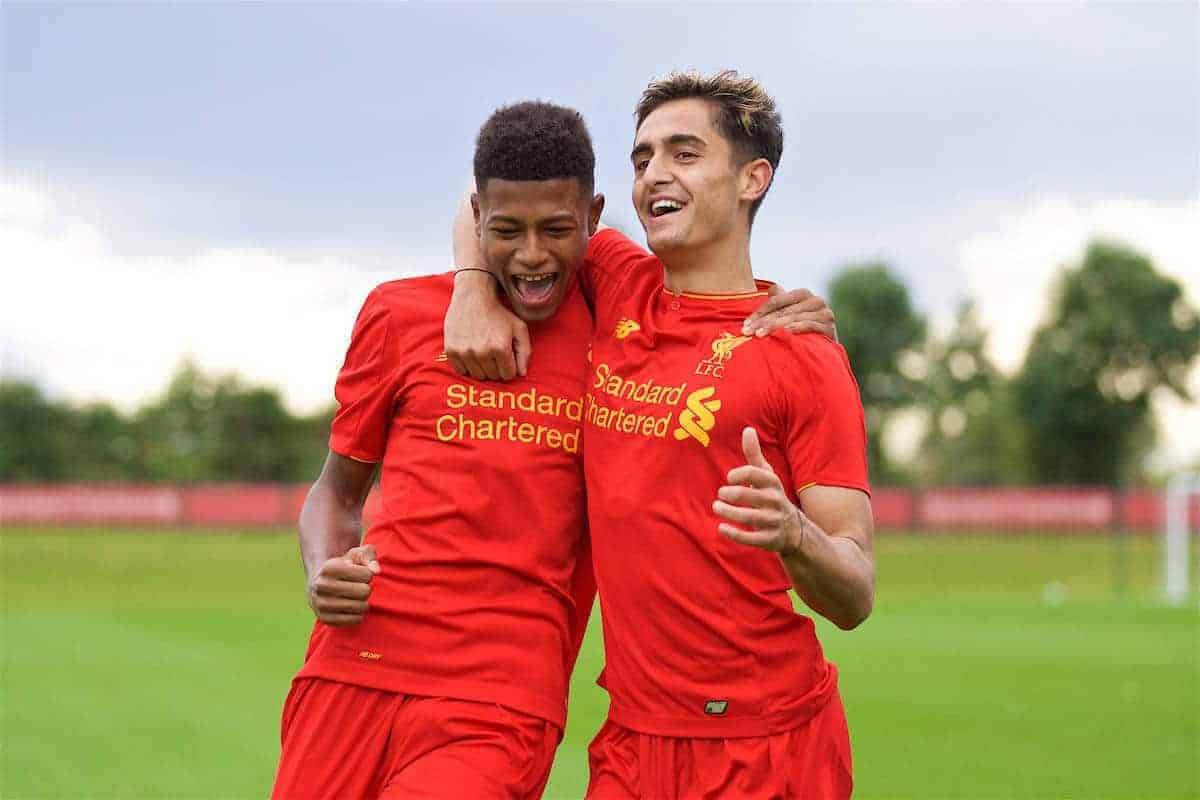 The Liverpool U18s played out a fierce six-goal thriller with northwest rivals Man United U18s on Saturday, with Rhian Brewster among the scorers.

The Young Reds welcomed United to Kirkby for a morning kickoff, looking to continue their excellent form in the U18 Premier League.

Having not lost since September 24, and winning five of their seven outings since that 4-1 embarrassment at home to Everton, Neil Critchley‘s side were in a confident mood.

Critchley named the promising attacking trio of Brewster, Yan Dhanda and Glen McAuley in his starting lineup, with captain Conor Masterson and the impressive Liam Coyle and Raphael Camacho among those to also feature.

It was Coyle who helped fuel the Reds’ attacking charge, with a front-footed, all-action midfield display giving his side the backbone required to push forward.

United youngster Callum Gribbin, who has already trained with the Red Devils’ first team on a number of occasions, opened the scoring however, pouncing on a rebound after DJ Buffonge’s initial effort was parried by Dan Atherton.

But with Coyle winning the ball in midfield minutes later, Brewster was sent through to level the score, with the forward making light work of his finish.

Dhanda then sent McAuley through to make it 2-1, before the latter was fouled to gift the U18s a penalty kick on 31 minutes—Dhanda stepped up, but United goalkeeper Ilias Moutha-Sebtaoui made the save.

Gribbin then took advantage, netting an equaliser just before half-time, with Critchley’s side frustrated. The second half saw Dhanda score a powerful strike, before Mouth-Sebtaoui made another penalty save to deny Brewster, and with United handed an opportunity of their own from the spot, Gribbin netted to seal his hat-trick and a share of the points.

It was a disappointing end for Liverpool, who had showcased both their attacking excellence and, with Coyle in particular, their energy and tenacity off the ball.

However, their unbeaten run continues, with a trip to take on Blackburn Rovers U18s to come on November 26, with just three games left to play before the end of 2016.