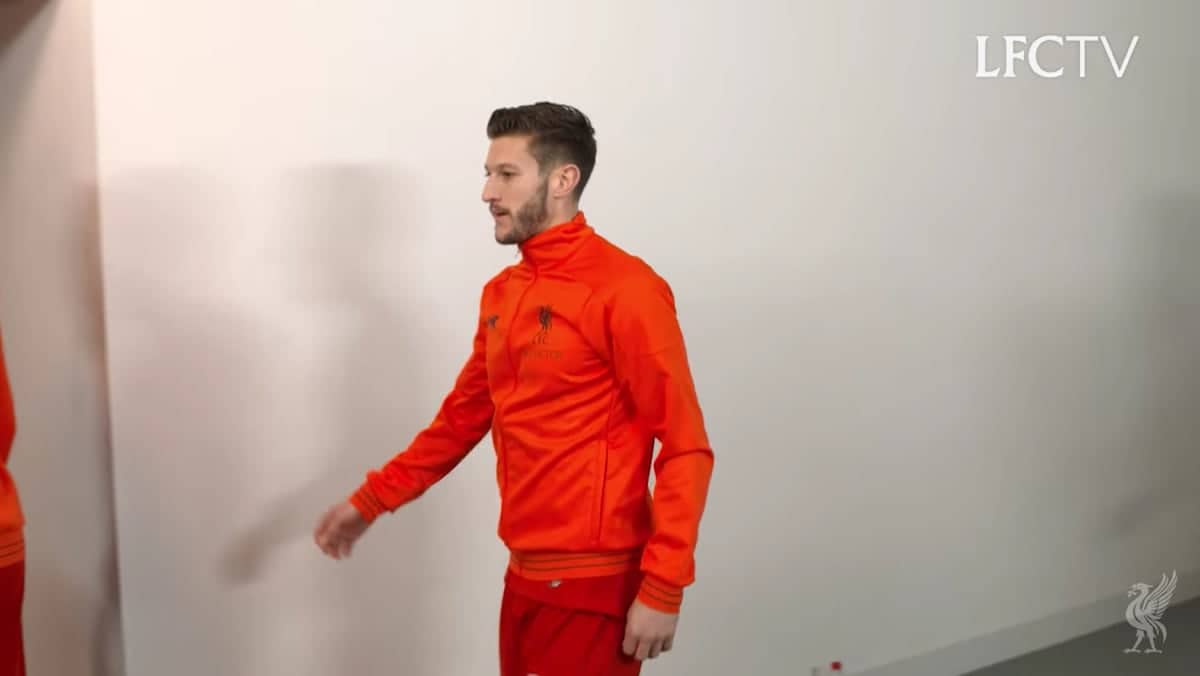 Liverpool have provided a behind-the-scenes view of the Reds’ 6-1 victory over Watford, with their latest Tunnel Cam.

Jurgen Klopp‘s side sealed an emphatic win over the Hornets at Anfield, moving to the top of the Premier League table ahead of the November international break.

Beginning with John Aldridge’s trip to the Chemistry of LFC Lounge to greet supporters, before following Ian Ayre, and then the Watford squad, into the stadium, the Liverpool squad are then shown arriving on their team bus.

As the players head to Anfield’s temporary home changing room, Sadio Mane and Philippe Coutinho stop to sign shirts and pose for photographs.

Forty-five minutes before kickoff, the Reds head out onto the pitch for their pre-match warmup, with first-team goalkeepers Loris Karius and Simon Mignolet joined by young Polish stopper Kamil Grabara.

As the last game at Anfield before Remembrance Sunday, the Royal British Legion presented a commemorative poppy just before kickoff, with Merseyside observing a minute’s silence.

The players then head out, with Coutinho, Roberto Firmino and Lucas Leiva exchanging handshakes with Watford‘s Brazilian goalkeeper Heurelho Gomes.

There were no pleasantries on the pitch, however, with goals from Coutinho, Firmino, Mane (two), Emre Can and Adam Lallana sealing another vital three points for Liverpool.

Tunnel Cam follows Firmino back to the changing room at full-time, before switching to the Legends Lounge where Mane spoke about Liverpool’s excellent form.

Liverpool’s next clash comes away to Southampton on November 19, where Klopp will be hoping for his side to continue their unbeaten run and retain their place at the top of the table.