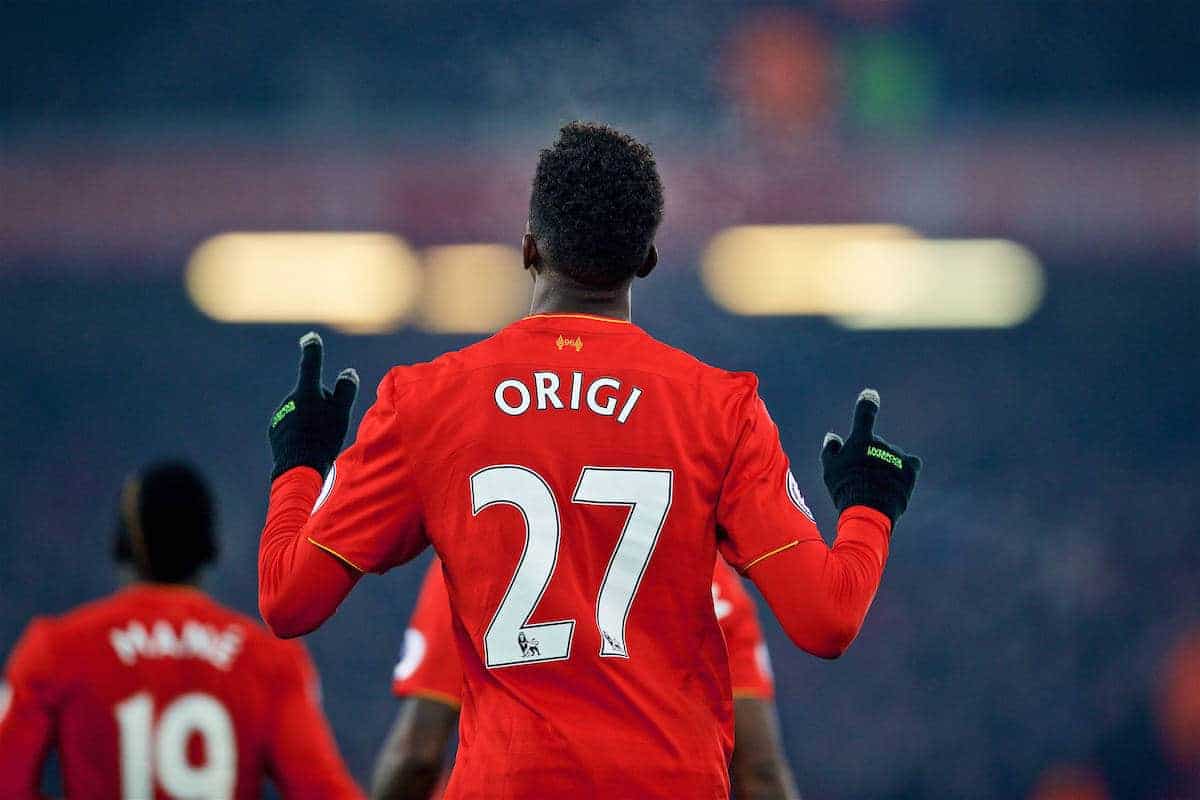 He may have scored in five consecutive matches for Liverpool, but Divock Origi claims this is “only the beginning” for him.

Origi once again found the net in the Reds’ 3-0 victory at Middlesbrough on Wednesday night, rounding off a fantastic passing move on his 50th appearance for the club.

It was the finish of someone brimming with confidence in front of goal, with the young Belgian also scoring in the recent games against West Ham, Bournemouth, Leeds United and Sunderland.

Despite this eye-catching run of form, Origi still feels he can get a lot better—a mouthwatering prospect for any Liverpool fan.

“I do my best,” Origi told LiverpoolFC.com.

“You work in the week and at the weekend you can express [yourself]. You just have to keep on working.

“I have very big goals. For me, it’s only the beginning—I have to keep on making steps. At the end of the season, then you have time to reflect.”

The 21-year-old also discussed what was a very important win for Jurgen Klopp‘s side, as they rose to second in the Premier League table.

“It was very good and we’re very happy. I think to be able to win here is a boost for us”, he added.

“The game was much better. We keep on making steps and the hard work is paying off. Hopefully we can win the next game now.

“The beginning was tough. They are very organised and tough to break down, but we have a lot of qualities defensively and offensively. We showed that.

“We kept a clean sheet and scored three goals, so we’re very happy.”

Finally, the Reds striker looked ahead to Monday’s Merseyside derby showdown at Goodison Park—a game now with even more spice to it, following Everton‘s win over Arsenal on Tuesday.

“We will go there with very, very big motivation.”

Origi’s form has been a pleasant surprise of late, considering he found himself out of favour for the opening few months of the season.

Injuries to Philippe Coutinho and Daniel Sturridge have allowed him a run in the side, though, and he has delivered emphatically.

While there is still a rawness to Origi’s game that will slowly disappear with age, his potential is enormous and his current scoring record is highly impressive.