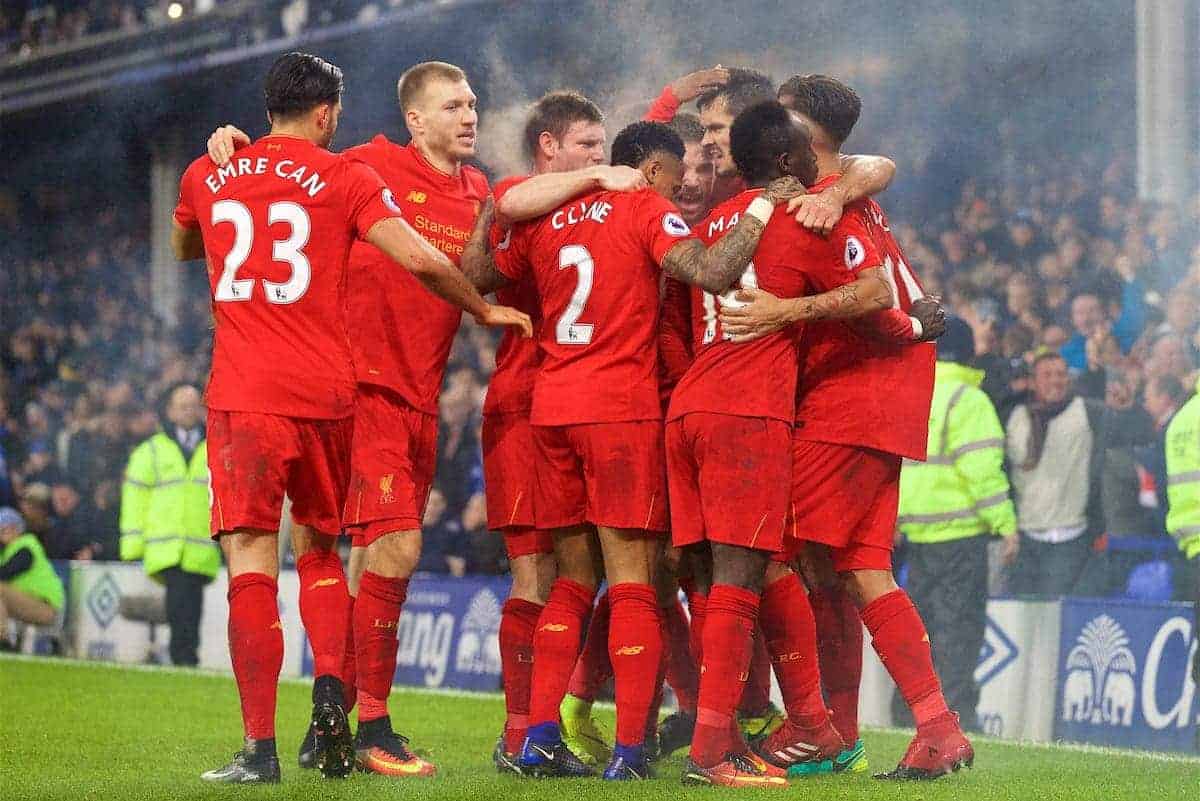 Liverpool recorded an important 1-0 victory over Everton in the 227th Merseyside derby, in a feisty encounter at Goodison Park.

It was a nervy start for the Reds and the teams went in level at half-time, but Liverpool dominated the final 45 minutes and eventually broke the deadlock.

Daniel Sturridge‘s effort hit the post and Sadio Mane was the quickest to react, netting the rebound into the back of an empty net after 94 minutes.

Ross Barkley was lucky to stay on the pitch after an awful tackle on Jordan Henderson but, in the end, Liverpool were able to secure victory against the Toffees in a close encounter.

Here’s how supporters saw the game on social media.

Roberto Firmino was not up to his usual high standards…

Firmino mate, he needs a rest, badly! He's so out of form. #LFC

Firmino off the ball has been decent enough

Firmino on the ball has been horrific

No idea how Firmino’s missed that. If he’s scored a couple recently he slots that in. Terrible miss. #LFC

Firmino mate, he needs a rest, badly! He's so out of form. #LFC

My God Firmino has been so poor today, it pains me to say it but he's been so sloppy #LFC

Fans were angry with Barkley’s tackle on Henderson…

That is red come on

If Barkley doesn't get a ban or fine for that tackle, the FA is corrupt

Game is crying out for a bit of #sturridge quality.. #LFC ??

COME on Danny, we need that win

I predict Studge to come on and score the winner with two minutes left on the clock. Come on, Redmen! #LFC #MerseysideDerby

Mane eventually got the goal Liverpool had been searching for…

Sadio Cotcher. Yes. That's what my first born will be called ? #LFC

Sturridge always has the knack of changing a game & Mané was in the right place at the right time. Get in #LFC

It's A RED Christmas on merseyside. #lfc

What an important goal from Sadio Mane. Liverpol needed that impetus from Daniel Sturridge, but the little guy made it count.

Such a huge win – two home games now with Coutinho & Matip hopefully back… it's been a strong response overall to Bournemouth. #LFC.