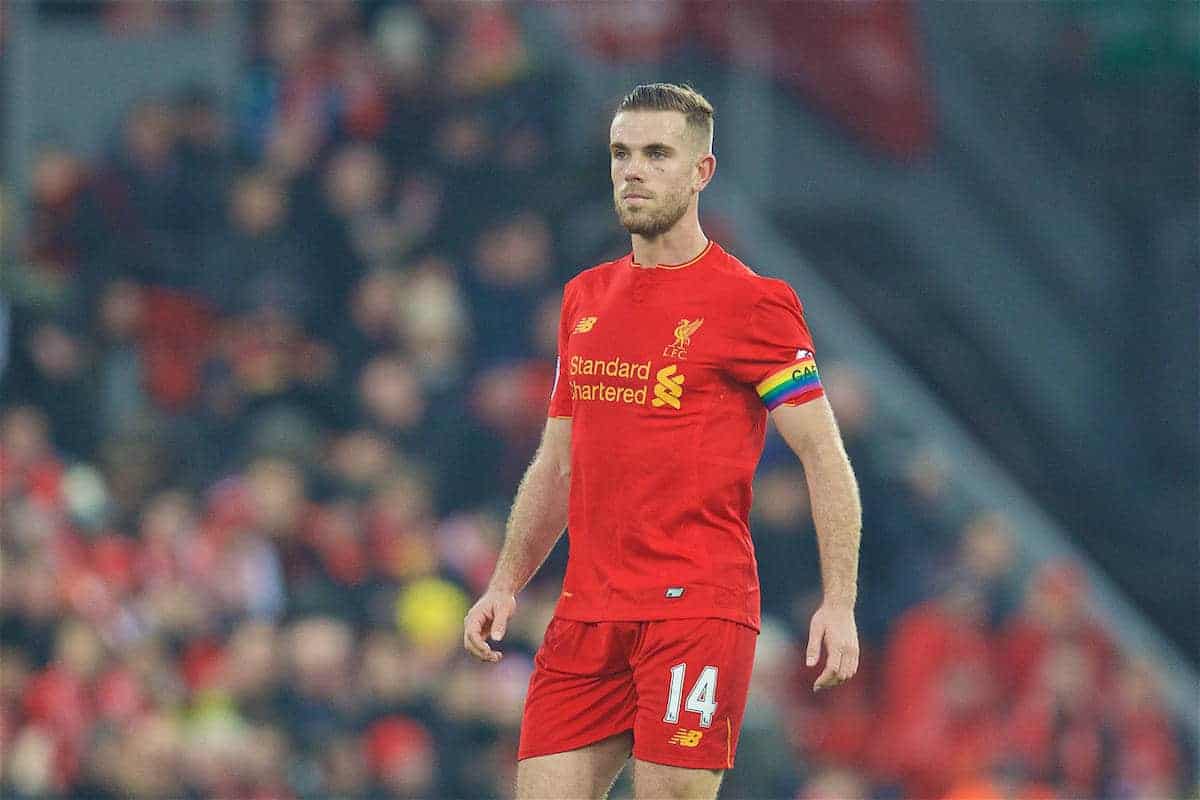 Liverpool captain Jordan Henderson has averaged the fourth-most successful passes per game of any player in Europe’s top five leagues this season.

Henderson has taken up a new role in Jurgen Klopp‘s midfield in 2016/17, occupying the deep-lying role in Liverpool’s 4-3-3 system.

With two of Adam Lallana, Georginio Wijnaldum and Emre Can typically providing support in the box-to-box roles in the middle of the park, Henderson serves as Klopp’s conductor.

This has seen him average 74.2 successful passes per game in the Premier League this season, with Oulala ranking him among the best in England, Spain, Germany, France and Italy.

Henderson is ahead of former Reds midfielders Xabi Alonso (69.2) and Javier Mascherano (68.8), while perhaps more impressive is how he compares similarly with Paris Saint-Germain’s excellent Marco Veratti (74.1).

While this is characteristic of Henderson’s efficiency and composure in his new role, that each of these players operates largely as a deep-lying midfielder or in defence is telling.

Being utilised closer to goal gives players more opportunity to pick up the ball and play simple passes, with Henderson typically trading possession with the likes of Dejan Lovren and Joel Matip.

However, Henderson is certainly impressive in his new duty, with his ability to thread the ball forward quickly evident in Liverpool’s recent 2-0 victory over Sunderland in the Premier League.

Not only is Henderson serving as a valuable metronome as Klopp’s No. 6, he is looking to play in the Reds’ forwards with incisive passes from deep.

With Lallana, Wijnaldum and Can more focussed on supporting attacks with driving runs, this something Henderson must look to preserve, with Klopp entrusting him with a variety of responsibilities; also including breaking up play with tackles and interceptions.

It would be reductive to suggest that the number of successful passes Henderson averages proves he is effective in his new role, but his all-round game has certainly served to do so instead.