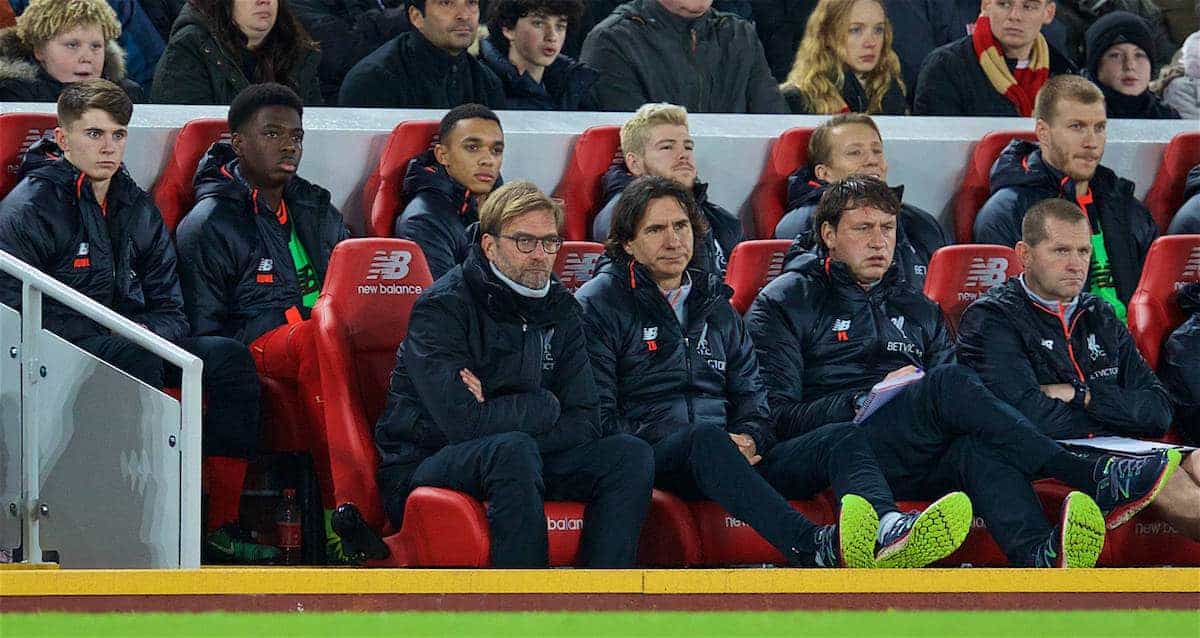 Jurgen Klopp has remained guarded when it comes to the January transfer window, but admitted Liverpool could look to strengthen in attack this winter.

Klopp has been shaken by injuries to Philippe Coutinho and Daniel Sturridge in recent weeks, while Danny Ings has already been ruled out for the rest of the season.

Furthermore, Emre Can was unavailable for Sunday’s 2-2 draw with West Ham United, while Dejan Lovren was withdrawn with a hamstring problem at half-time.

With January approaching, Klopp will have the opportunity to add to his squad, and speaking to reporters on Monday afternoon, the German suggested he would look to do so if this remained the same.

“If this situation stays like this it’s clear we have open eyes on everything.

“The winter transfer market is the most difficult one, because the players you want the other clubs don’t want to give you. It’s not about money.

“It’s maybe a surprise we always work hard on this part of the business. That’s what we do, but nothing else.”

Liverpool have been linked with a number of attacking players in the buildup to the winter window, most notably Borussia Dortmund winger Christian Pulisic.

Pulisic is reportedly Klopp’s priority target but, as the manager detailed, it seems unlikely the Reds will be able to prise him from the Westfalenstadion midway through the season.

Facing a similar injury crisis last January, Klopp instead opted to recall some of his loanees and drafted in one temporary signing, Queens Park Rangers centre-back Steven Caulker.

With Liverpool hoping to challenge for the Premier League title this season, however, the hope is that Klopp will be more ambitious.

Fenway Sports Group are said to be willing to back their manager heavily in January, and this could see a big-money bid for any of Pulisic, Brandt or Promes.

There remain three weeks until then, however, with Liverpool still to play Middlesbrough, Everton, Stoke City and Manchester City before the end of 2016.