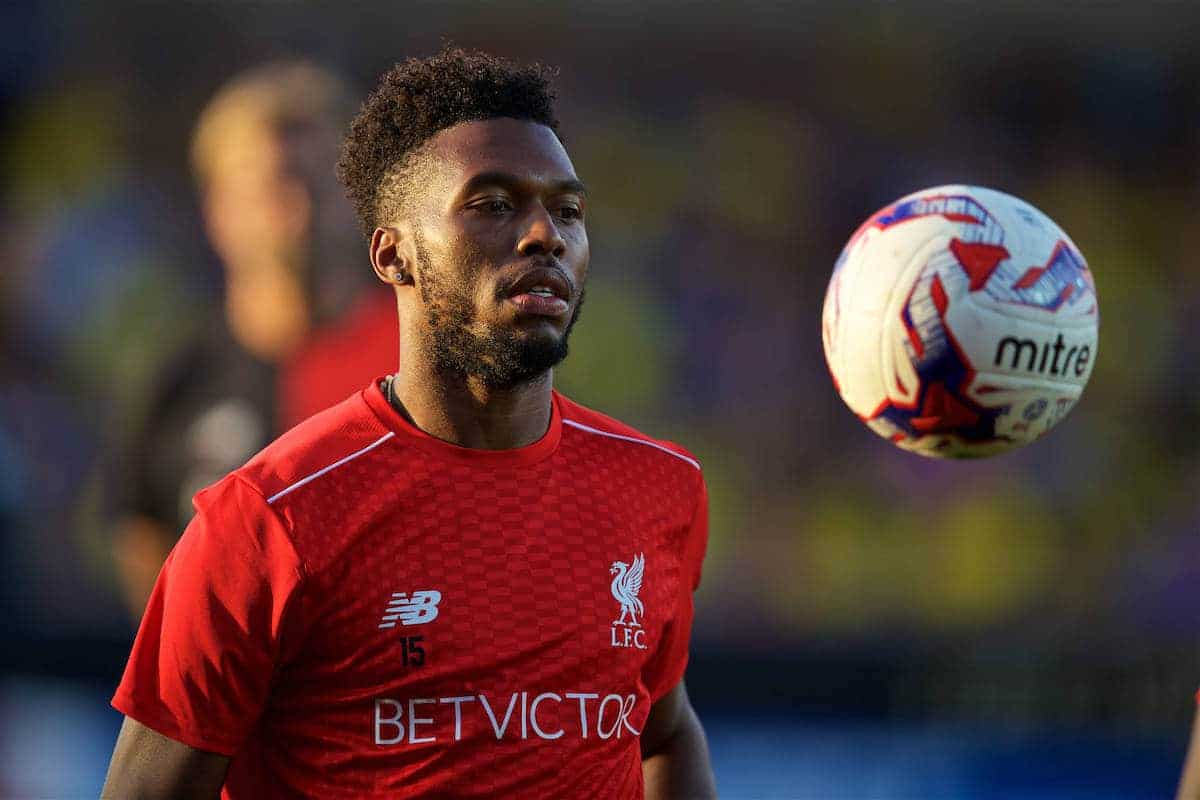 Jurgen Klopp will monitor Daniel Sturridge over the next 48 hours to see if he can coax a cameo out of the England striker in Monday’s Merseyside derby.

Sturridge has missed the Reds’ past five matches with a calf injury but stepped up his recovery during the week and, with the short trip to Goodison Park not taking place until Monday evening, has time to prove he can play some part.

Klopp has already given up hope of the 27-year-old being at the peak of his powers but believes he could fill the role of super-sub provided he is passed fit for duty.

“He cannot be 100 per cent but having Daniel Sturridge for 20 minutes would be fantastic,” he said. “If he is available he will be involved.

“Until now he’s made four pitch sessions with the rehab coach. It would be nice if he could be part of my department…the pitch training that I’m responsible for.

“Maybe we can involve him today.” Sturridge scored in Klopp’s only other experience of the famous derby, a 4-0 win at Anfield in April that extended a formidable record in the fixture. Liverpool have lost only once in the past 19 Premier League instalments and not since October 2011.

Like Sturridge, midfielder Emre Can will be given a chance to push for inclusion in the matchday squad after missing two games with a knee ligament niggle.

The chances of Joel Matip – arguably the side’s most impressive defender this season – featuring are essentially over though. His ankle issue is causing confusion at the club and Klopp admits there is an element of uncertainty about how to proceed with the Cameroon international.

“He did parts of the training before the Middlesbrough game but at the end he said ‘I cannot sprint’ so it makes no sense.

“We are in really intense conversations about this and it’s not been decided already.”

Klopp’s concern over Matip’s absence will be lessened by the midweek clean sheet against Boro, achieved by recalled goalkeeper Simon Mignolet behind a central pairing of Dejan Lovren and Ragnar Klavan.

It was not the defensive spine Klopp had in mind at the start of the season but operated well enough at the Riverside Stadium to earn another outing against the Toffees.

“Two days before the Middlesbrough game we spoke about conceding goals here, only drawing there, losing to Bournemouth. Of course we knew we had to change a few things and I was really happy with the boys’ performance.

“We have a really good base not just from a points side – which is not too bad – but from a performance side.”