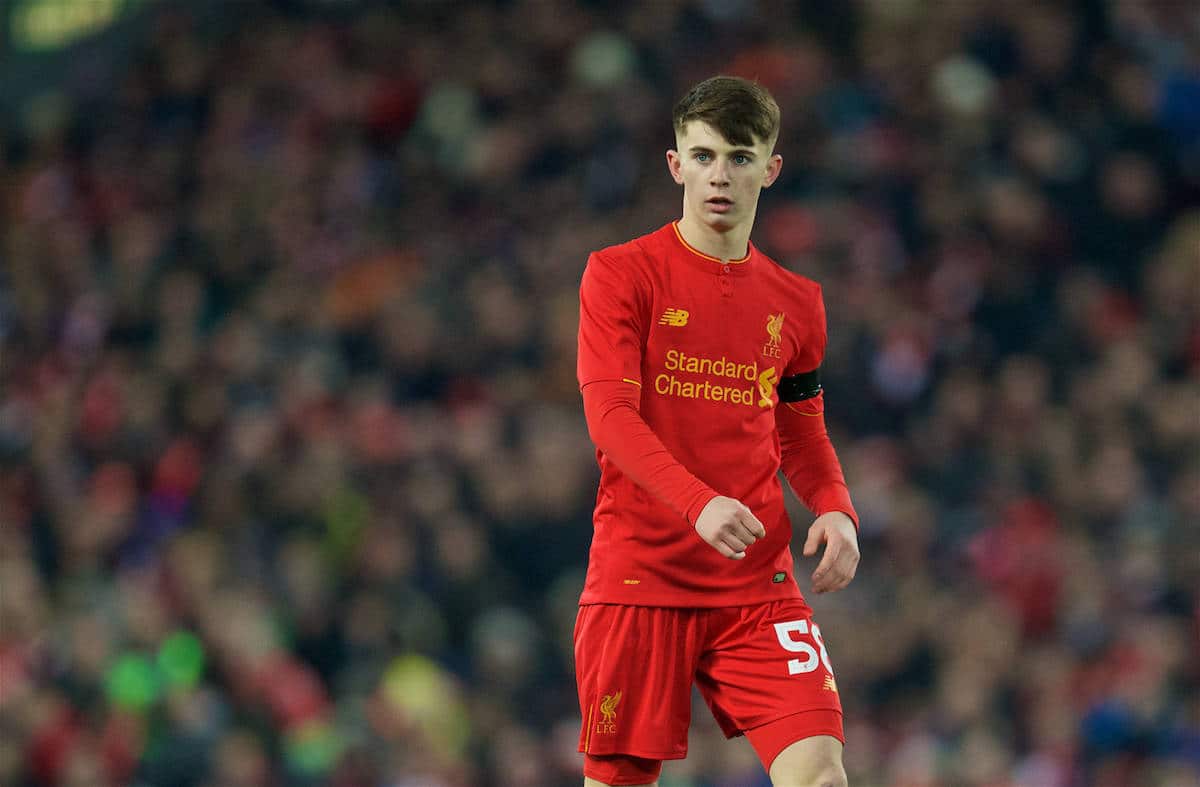 Former Liverpool striker Robbie Fowler is confident the club’s newly-crowned youngest goalscorer Ben Woodburn will not be allowed to let his new-found fame go to his head.

The 17-year-old academy graduate broke Michael Owen’s record with a goal against Leeds in the quarter-final of the EFL Cup last week.

Fowler himself scored on his debut aged 18, also in the League Cup, against Fulham, and hit the headlines with five in the return leg, eventually finishing the season with 18 goals.

The Toxteth-born striker was catapulted into the limelight at a young age but was kept grounded by his background and staff at the club and he believes Woodburn will benefit from a similar experience.

“I’ve heard he’s a really level-headed lad and it helps when you’re a good player,” said Fowler, speaking at the launch of Liverpool’s Legends match against Real Madrid which will be held at Anfield on March 25 in aid of the LFC Foundation.

“He’s been prolific in all the age groups he’s played, but it’s important now that he gets well looked after.

“The players and staff at Liverpool know that and they stop you from getting a bit too big for your boots.

“Jurgen is very astute when it comes to handling young players and doing what’s right for them.

“There were loads who helped me at that time. Graeme Souness was the manager, but one of the biggest influences was Ronnie Moran, he was brilliant with me.

“He’d been at Liverpool for almost 50 years and had worked with some unbelievable players and I never once saw him get excited about any player.

“After the Fulham game when I scored five the first thing he said to me was, ‘You should have had six’.

“As much as he knew you were a good player and wanted you to do well, he never showed that.

“He wanted what was best for the club and no individual was ever allowed to be more important than that.”

Fowler believes Woodburn has a different task to the one he faced because the youngster has arrived on the scene so quickly.

Woodburn played in a couple of pre-season friendlies, but had to wait until late last month to make his senior debut with an injury-time appearance against Sunderland.

Just three days later came his record-breaking goal. Fowler had to deal with huge expectations, made greater by the fact he was a Scouser, but tried not to let it affect him.

“Obviously my life did change, but I could never really pinpoint when it did because I was as normal as the next lad,” he added.

“Maybe that’s why I had a rapport with the Liverpool fans, because they saw a bit of themselves in me and that helped them take to me.

“But the change was more gradual because you were never really allowed to be big-headed at Liverpool, so I never really had a day when I went to bed one night and woke up the following morning a different person.”

Ian Rush, Liverpool’s leading goalscorer of all time, knew about Woodburn’s talent long before the wider public and believes Klopp is handling him well.

“I had him with Wales, being elite performance director of the Welsh FA Trust, when he was 14 and he had great potential, but to be the youngest ever goalscorer for Liverpool is absolutely amazing,” he said.

“I think he will knuckle down and get on with it, but you don’t throw him in straightaway. There is a time and a place for everything.

“He played in pre-season and scored a couple of goals, he didn’t go on the pre-season tour and now he has gradually come back and scored a goal. He is going the right way.”

Fowler, who will captain Liverpool’s Legends side, is hoping to call in a favour and persuade the recently-retired former club captain Steven Gerrard to turn out against Real.

“I’m sure if commitments allow Steven he will play. I’m sure if he can Steven would love to play,” he said.